We got to know ‘The Prince of One-liners’, an up-and-coming Muslim stand-up comedian from the heart of Athlone

Sibongile is an actress, model and dancer based in Cape Town. She plays the role of Eme in the Michael Bay produced Black Sails.

Many will recognise actor Grant Almirall from his stellar performance as Don Lockwood in Pieter Toerien’s 2015-2016 rendition of Singin’ in the Rain at the Artscape in Cape Town. Since his debut performance in Andrew Lloyd Webber’s Cats over a decade ago, Grant has starred in various other well-known stage productions including Joseph and the Amazing Technicolour Dreamcoat, We Will Rock You, Evita, Jesus Christ Superstar and Jersey Boys to name a few.

Since the release of her debut album, Cut Those Strings, in 2012, this Mother City- based singer/songwriter has become one of South Africa’s most-watched and prolific performers.

Meet Sue and Robyn Britz, co-owners of Zana. They are the mother-daughter team behind the much-loved brand that produces fun and modern textile goods and homewares, that is enjoying local and international recognition.

Born and raised in Cape Town, Bevan Frank’s debut novel, ‘The Mind of God’ is primarily set in the Mother City to encourage readers to visit the beautiful city he grew up in. Despite currently residing in London, Bevan states he is still an avid Stormers rugby supporter and set his new novel in Cape Town to expose the world to its beauty and splendour.

The up-and-coming actress who is quickly becoming one of the country's most in-demand performers thanks to starring in a number of acclaimed theatre productions and international films.  After graduating in 2012, she landed a lead in a Warner Brothers and Ellen Degeneres-produced project before taking on a supporting lead in the Canadian/American miniseries The Book of Negroes, which stars Cuba Gooding Jnr. She performs regularly on the stage and has won numerous awards. Recent performances include award-winning shows such as Wintersweet , Scrape and The Year of the Bicycle.

Che-V is an up-and-coming female rap artist, born and raised in Atlantis, Western Cape. In 2015, she won Die Burger Suidoostefess rap category and her music is currently play listed on Heart FM and on GoodHope FM.

Born and bred in Cape Town, Nicky Greenwall is well known as one of South Africa’s top entertainment journalists and television producers. She’s travelled the globe reporting live from various award ceremonies such as The Academy Awards and Cannes Film Festival and has conducted one-on-one interviews with the likes of Johnny Depp, Leonardo DiCaprio and Charlize Theron.

title font which is perfect (and H1)

Catch GoodLuck play live, hike up a breathtaking waterfall and more this weekend

First Thursdays is back: here’s how ...

Enjoy contemporary local art, delicious food and a glass of wine for First ...

WATCH: Let’s Get Some Gigs For This Talented Guy (We'll Promote Them All) 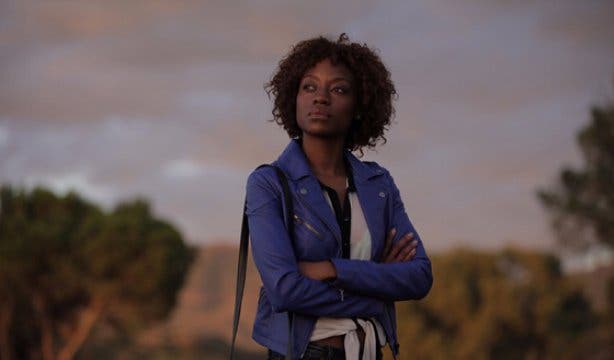