We’ve anchored near the tail of the Lion Mountain... reads the faded script from Jan Van Riebeek’s diary, penned 1652. The English called it Sugar Loaf, but it was the DutchLeeuwenberg (Lion’s Mountain) that stuck. Squint your eyes, and Signal Hill may form the body of a crouching lion with the sandstone peak as its head.

The Dutch East India Company made use of the mountain’s panoramic views. For instance, they lugged a small cannon up to the summit, which was fired according to the number of ships that were spotted. The signaller had a ladder that he used to reach the top of the summit but by 1881 this was long gone and two young blacksmiths, Hellings and Welsh, installed chains. These have since been upgraded to a series of ladders, handholds and chains at various points.

As the rest of Cape Town gets stuck into peak hour traffic we drive up Signal Hill road and get ready to hike Lion’s Head. It’s shorts and T-shirt weather, but we’ve come prepared for the evening chill that’s sure to descend once the sun sets. I’m ready to go in my Hi-Tec shoes: V-lite Total Terrain Lace – perfect for the easy hike and they have enough grip to keep me attached to the mountain.

Both routes start out from Signal Hill Road, and there’s usually enough parking to get a spot right at the start. On busy days you may need to park and walk along the road. There are security guards that watch the cars however they may not be there if you come down late. There has been crime reported on Lion’s Head so go in a big group and don’t carry valuables.

This is the main route and starts up the gravel road right at the base of Lion’s Head. It curves and overlooks Camps Bay and you can see the green netting covered area where the paragliders set off from. There’s a bench to have a quick break and admire the Twelve Apostles before the road narrows into a path with stone steps.

This path curves right back around giving you an ever-changing view over Sea Point, Signal Hill and then the City Bowl. There’s another bench for a rest spot, but carry on a bit further for a rocky ledge that offer an even better view.

The shadow of Lion’s Head falls across town and, if you go in the late afternoon, it gets longer and longer as the sun falls lower on the other side. There’s a short ladder to climb and then a bit further on you’ll reach a series of handholds with chains to help you up. It’s a fairly easy climb. If you have a fear of heights you can follow a path to the right that skips this part.

From here it’s on to the summit, which requires a bit of scrambling to get to the top of the sandstone peak. Then reward yourself with the most stunning views from the top – sit on the left side for the sunset and view of the ocean, then move over to the right for city views and the first glimpse of the moon. Aim to get down the chains before dark.

Duration: 2 hours if you’re relatively fit and don’t admire the sunset for too long.

This path sets off to the left of the base. It dips down towards Signal Hill and takes longer to start up the mountain than the main route. You’ll circle around towards Clifton where the path starts its uphill slog. There are some massive granite boulders to rest on before you meet up with the main path.

From there you’ll continue on the main route and up the chains to the summit.

Duration: This route also takes about 2 hours, one up and one down.

Flora
Keep an eye out for the silver trees, mainly growing on the bottom half of Lion’s Head. The silvery sheen that earned this plant its name comes from the tiny hairs that cover the leaves. This species is unique to the Cape Peninsula. Right on top of the summit you can see Peninsula Sandstone fynbos, an eco-system which is only found there and at Cape Point.

Tip: If you can’t handle the hordes of people that descend on Lion’s Head on the evening of the full moon then do what we did and go up the day before. The moon is still bright enough to light your way and you don’t have to fight for a picnic spot! It’s safer to go in a big group so tempt your friends with sundowners and snacks. This is also the Eiffel Tower of the Western Cape so keep an eye out for nervous looking guys going down on one knee.

Check out our Facebook album of Lion's Head and follow us on Twitter to find out where (and what) we’ll be hiking next. Plus, subscribe to our weekly newsletter for a seven day weather forecast. 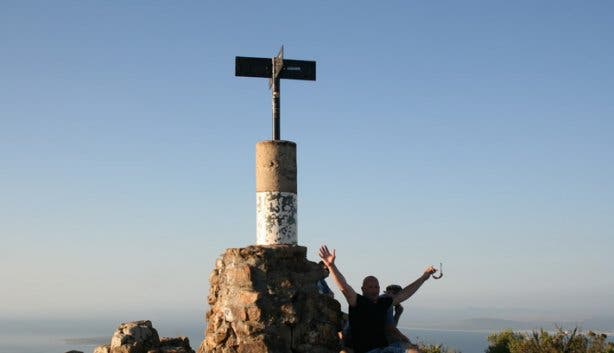 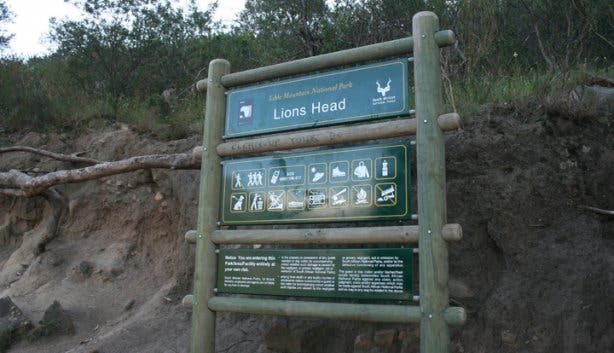 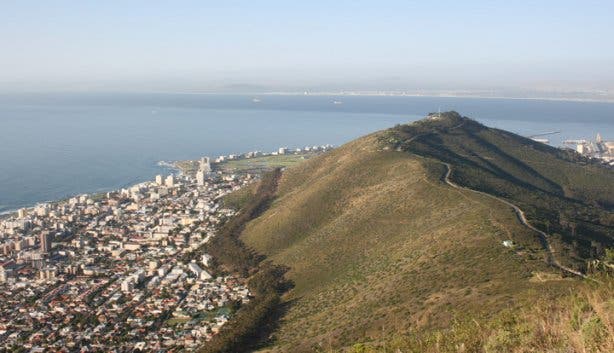 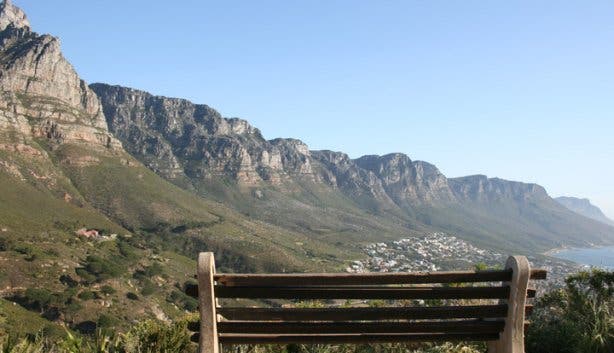 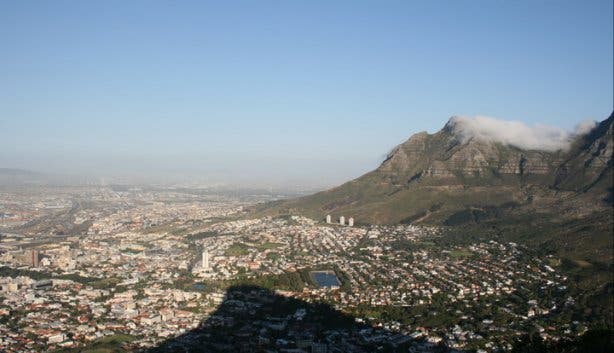 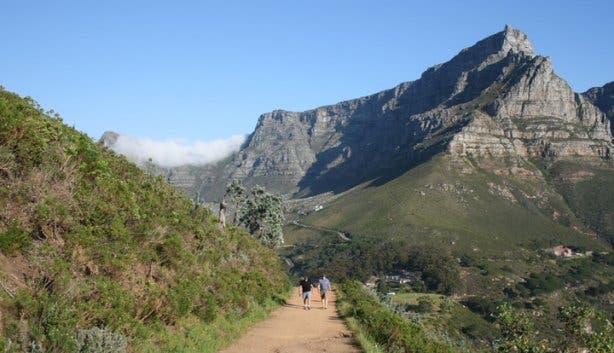 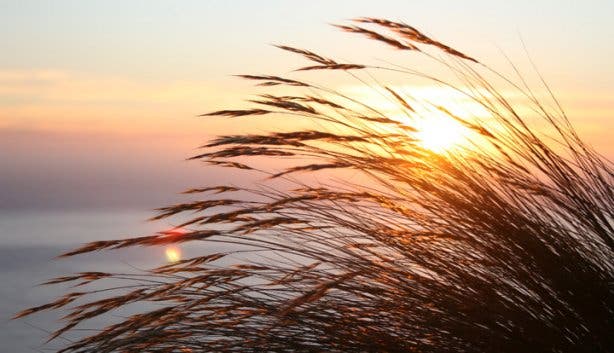 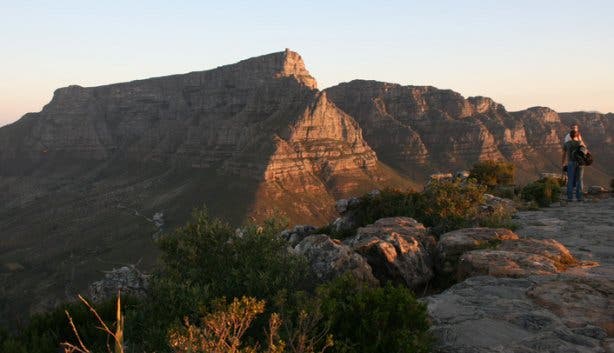 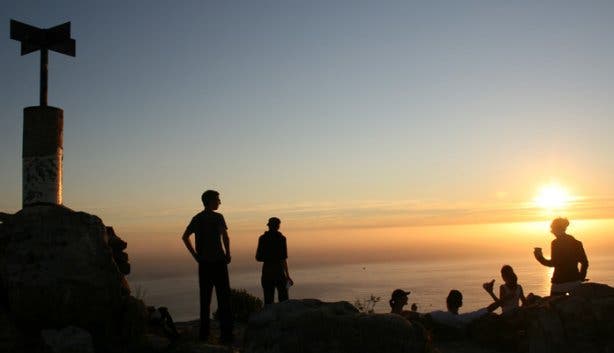 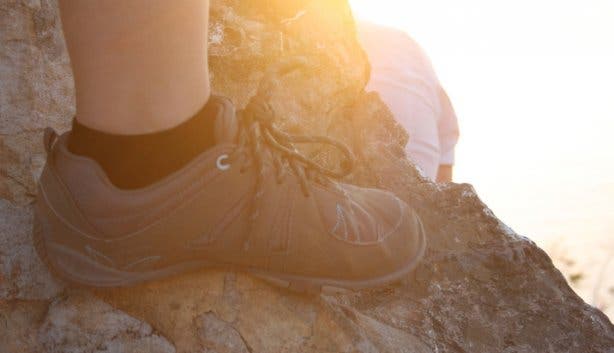