Greenpop: seeing the wood for the trees

One of the first things you notice driving into Magnolia Ward of the Lentegeur Psychiatric Hospital in Mitchell’s Plain is the trees. Lonely and doubled over, with leafy boughs reaching out parallel to the low-slung, wind-whipped land rather than shooting upward towards the sky, the plant life seems as battered by the elements as you’d imagine the patients may be by life itself.

Apart from the handful of angular acacias though, little else seems askew. A collection of squat face brick wards surrounded by well-kept grassy run-ups are spread out across this section of the complex, and the odd member of the grounds crew or hospital staff makes their way to and from the separate buildings in an unhurried, run-of-the-mill manner.

There’s no screaming, no overwhelming sense of panic and no madcap escapees dashing about left and right (contrary to popular belief).

“Does anybody know why trees are so important?” Sean Spender, a member of the Cape Town-born social enterprise Greenpop, asks the collection of residents (permanent patients), nurses, and ward staff gathered in the visitor centre of the hospital.

“They give us shade,” shouts out one of the residents of ward 109.

He gets a pat on the back from Sean, and is one step closer to planting one of the 50 indigenous trees already distributed to designated spots at each of the surrounding wards.

Today is Wednesday, Greenpop’s official weekly planting day. The organisation runs urban greening and reforestation projects in sub-Saharan Africa, and Lentegeur and its sparse collection of topiary is this week’s designated beneficiary.

At no cost (the trees are donated by individuals and companies), Greenpop plants at schools, crèches, orphanages and similar institutions (like Lentegeur) in an effort to spread environmental awareness, uplift under-greened communities and combat climate change.

Started initially as a month-long volunteer project to find a more tangible solution to reconciling the carbon footprints of its founding members, Lauren O’Donnell, Misha Teasdale and Jeremy Hewitt, Greenpop grew from a whim to a formal enterprise after its inaugurators realised that 30 days spent planting 1,000 trees was simply not enough.

“It just felt so unsustainable to stop; plus, our phones wouldn’t stop ringing. Principals were calling us and asking for trees for their schools, and companies were phoning trying to figure out how they could get involved,” recounts Lauren.

Fast-forward 40,000 trees and over 120,000 people benefiting (and counting), and you’ll find the grassroots initiative, at present, starting to dig deeper into the theoretical framework of their work.

While their overarching mandate is to make greening fun, popular and enjoyable, and to make planting trees something people don’t feel guilty about, but rather something they simply want to and can do, Greenpop is slowly starting to investigate the link between urban greening and urban rejuvenation.

“In Cape Town there’s a massive divide between the ‘leafy suburbs’ (called such because they have trees and money) and the suburbs that aren’t that beautiful and that don’t have that many trees.  We’ve found some interesting studies that show how urban greening can help improve the economics of an area and can socially uplift a space,” says Lauren.

One such report is a study conducted in 2001 by two University of Illinois professors in the USA. The Kou and Sullivan analysis examined police reports tracking crime in a poor inner-city neighbourhood, and found that residents living in “greener” surroundings reported lower levels of fear, fewer incivilities and less aggressive and violent behaviour.

What’s more, the report proposed that areas with more greenery not only helped people recover from the mental fatigue of stressful living conditions, but also that criminals were less likely to target tree-filled environments because greenery signalled that residents took more pride in their surroundings, and thus the likelihood that surveillance – either by people, police or alarm systems – would be present would be higher.

Back on South African soil though, Greenpop has its own reasons to delve further into the relationship between beautification and behaviour change. Recently, Oval North’s headmaster Na-aim Kassiem contacted the organisation with exciting news: the school’s matric results had skyrocketed, and Kassiem reckons it was because of the trees planted in partnership with the enterprise – now, an MBA student from Oslo, Norway is on the way to Cape Town to investigate a possible correlation.

“I’m not sure how much the trees actually did, “ laughs Lauren, “but I definitely think there’s something to be said for the fact that the trees contribute to pride of place.”

Students and teachers are, in essence, responsible for the livelihood of what they plant with Greenpop. Pupils must commit to a grey water program – a system that requires them to bring in recycled water (like bath water) from home a number of days per week to water the trees – and their instructors are responsible for enforcing the initiative.  As a result, the students develop a deeper bond with the school and become more attached to their trees. Some build rockeries around the saplings, some tie ribbons and decorate the trees, and some even name them.

“What are we going to call this one?” Sister Fani asks the residents of ward 109 as she brushes off the dirt from her hands and puts down her shovel.

She takes a pen from her back pocket and writes “Challenger” on one of the two-year-old tree’s sturdier branches.

After a demonstration and short sustainability tutorial by Sean, during which residents, ward leaders and other hospital staff were shown how deep a hole to dig for the tree; how to gently remove the tree from its black bag and loosen the root ball; how to place the tree in the hole and fill it with a compost-soil mixture; how best to position the tree to receive sunlight and combat the wind; and how to water and fertilize the tree, Lentegeur’s planting day took off at full-speed.

“The residents that stay in this ward – in ward 109,” one member of the hospital tells me as the planters move on from ‘Challenger’ to the trees awaiting in the opposite courtyard, “they don’t have anything of their own; but now, today, they have a tree that’s theirs.”

But, as much as the schools and institutions that partner with Greenpop benefit from the urban greening, the participating volunteers certainly don’t walk away empty handed.

Greenpop works to connect people with nature, but also with each other. Social bridging is fundamental to their ethos, and the enterprise stands by the belief that their work has the potential to create further opportunities for everyone involved.

So even though South Africa is a nation still plagued by issues related to basic survival  – like access to healthcare and clean water – environmental initiatives still hold value, and may even have the ability to build in-roads that can pave the way to plausible solutions for more pressing problems.

“One sales manager that came with Woolworths had never been to a township. For 40 years he’s lived 15 minutes away, but had never stepped foot inside,” Lauren explains with a hint of pride. “At the end of the day of planting at the school in Khayelitsha he came to me and said, ‘today is the first day I feel South African’.”

How can you partner with Greenpop?

Camping, live music and planting trees in the Platbos forest at the GreenPop Reforest Fest.

Interested in learning about more social initiatives and enterprises in Cape Town? Read our article about Mandela Day.

Dinner by the fire, fondues, cognac with chocolate or stay over (1 kid stays ... 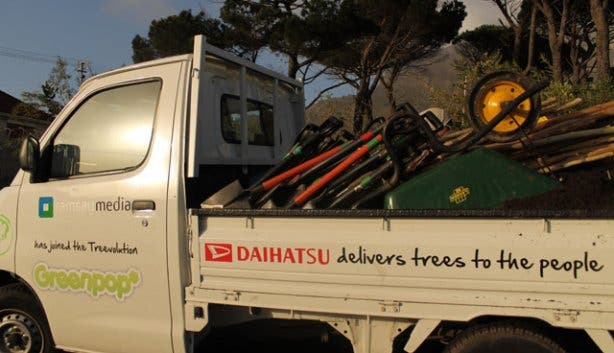 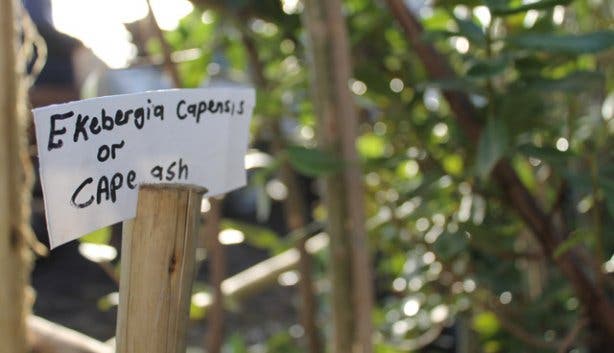 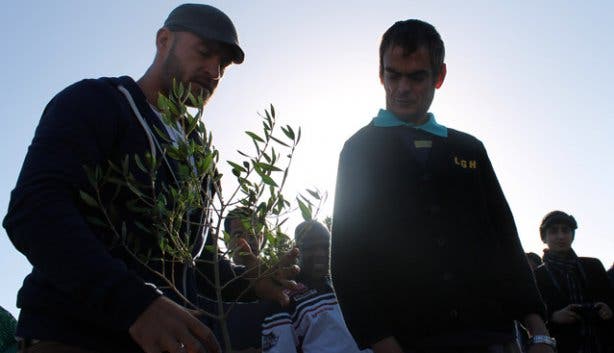 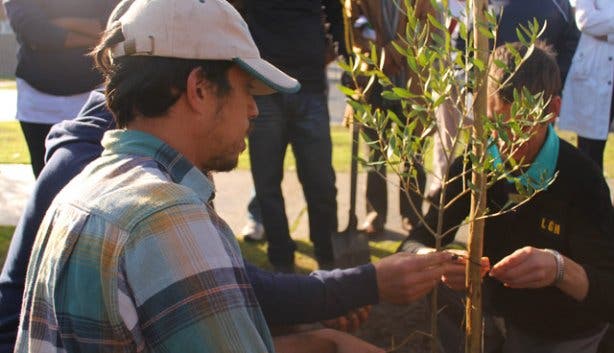 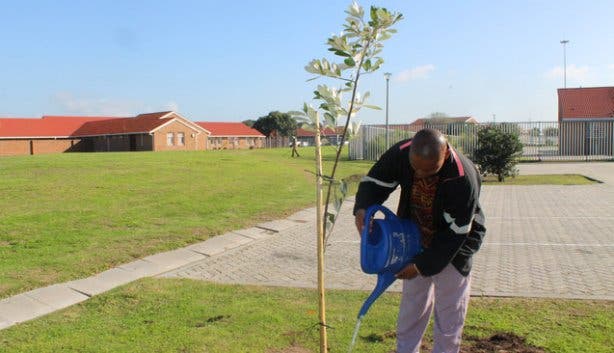