Max Hurrell's Zol has hit number 1 on the iTunes charts

Max Hurrell's Zol has hit number 1 on the iTunes charts

Nkosazana Dlamini-Zuma could never have imagined that her words would have such resonance with South Africa's youth. And now, just three short weeks after they were spoken, nobody seems to be able to get them out of their heads.

Does your brain ever go

WhEn PEOpLE zOL
ThEY puT
SaLiVA
On THe PaPEr
????

THE TUNE HAS REACHED THE TOP OF THE CHARTS
After the minister’s address defending the tobacco ban, Max Hurrell, a South African music producer and DJ released the remix. The address was the perfect storm of South African humour, from Dlamini-Zuma’s use of the outdated slang term 'Zol', to her excellent miming of the action of rolling one.

Hurrell laid her vocal sample over a track he described to the BBC as “house and afro with a driving and powerful bassline”, and we are here for it. So was the rest of the world, it seems because the tune topped iTunes charts less than two weeks after its release.

IT HAS INSPIRED MEME AFTER MEME
It inspired a new take on a classic Friends scene.

And a visual representation of Hurrell running from his problems.

Someone even taught the lyrics to the jam to their parrot.

EVEN THE MINSTER HAD SOMETHING TO SAY ABOUT IT

What the Minister ACTUALLY said to me!

LISTEN TO THE FULL SONG
But be prepared to have it stuck in your head for the next week.

From an online quiz night to beer yoga there’s a lot to do this weekend.

Catch up with your favourite markets and vendors online.

You can still run the Comrades marathon from home.

17 teambuilding activities and why they work 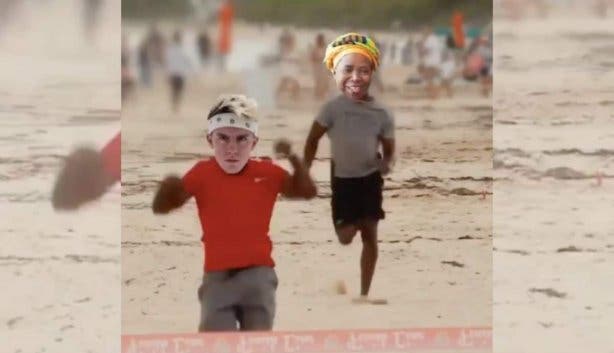