Over App Founder: My Move to Cape Town and Why I Love the ...

Over App Founder: My Move to Cape Town and Why I Love the City

Learn more about this tech company that grows your EQ and is passionate about mental strength.

In July 2012, Oregon-born Aaron Marshall changed the way people interact with images around the world with the launch of mobile app Over, which can be used to add text and artwork to photos to create pictures with a whole other layer of meaning. The creative tool went viral overnight, with over 9 million installs in just two years, and though for some time it was only available on iOS devices, it launched on Android in August 2014, making it even more accessible to the masses.

And the best part is that Cape Town had an integral role to play in this story. The Mother City captured Aaron’s heart when he was here on holiday in 2009, and although he founded the application in Kentucky, it was his desperate desire to relocate here that inspired him to start a tech company in the hope that it would help him and his family obtain visas. And it worked: Over brought Aaron and his clan over the vast Atlantic Ocean in May 2013 and he now resides right here in the heart of our pretty city.

Since relocating to our golden land, the father of two has actually collaborated with another couple to create an off-shoot app, Cape Town Love, that features Mother City-inspired typography and is all about helping both locals and tourists to (re)discover our metropolis’s beauty and to fall as head over heels for this special place as Aaron has.

It’s the burning passion that this charismatic man has for our home ground that actually drew us to him in the first place. And so, to get a taste of his infectious enthusiasm for local soil, we decided to meet up with him and talk all things Cape Town.

What motivated you to relocate to Cape Town to live and work here?

When my wife and I visited Cape Town in 2009, we just fell in love with the city and everything there is to do here. We’d watched a lot of our friends in the US bumble along on the same path, but we’re all about living a better story, so we wanted to do something different with our lives. We felt that living here would be a more interesting story…and a heck of a lot more fun.

You’ve travelled extensively, so you’re in a good position to say: what makes Cape Town different to other world cities?

No city can say what Cape Town can. It just has everything you could ever want: oceans, mountains, cuisine, wine, coffee, music, art. It’s like concentrated awesomeness. It’s third world and it’s first world, there’s culture and this clash of races, it’s chaotic and at the same time it’s beautiful. I refer to it as some sort of magical kingdom or adult playground – the possibility for interesting adventures is endless here. I’m the kind of person who gets bored very easily, but I do not get bored in Cape Town.

What kinds of things do you get up to then? What does your typical weekend look like?

In summer, we often go to Langebaan – I started kitesurfing shortly after we moved here. It was a life-long dream and Cape Town’s oceans are perfect for it. Otherwise, now and then we go on a trip around Chapman’s Peak or take the kids to Deer Park, where we can sip on coffee beneath the mountains while our children are off playing in this wide, open space. Or my wife and I will go to Stellenbosch and stay at a wine farm out there. And then sometimes we just spend a day at home in Sea Point, but even that’s still beautiful – I recently saw a whale from our balcony, for example!

What would you say you love most about Cape Town?

The mountains are definitely high up there – they’re just this constant, powerful presence around us. And I love to hike them too. Lion’s Head is one of my favourite routes – the views are just spectacular. Cape Town has amazing food too, seriously, it’s not even as good in Italy. And it’s a heck of a lot fresher and more wholesome than the food in the States. We love heading out to Noordhoek and getting tapas at The Foodbarn. Oh, and the Eastern Food Bazaar in town is like heaven on earth for me. I go there and try to spend as much money as I can, which is hard to do because everything is so cheap. Then I also love the energy here. There’s a hunger in Cape Town, a desire for more, and I’ve been surprised by how much entrepreneurial activity there is here. Almost every time I sit at Loading Bay restaurant – and I eat there every day – I overhear someone talking about their new start-up. People are just like “we can do this, we can do this here”.

Do you think that’s because people are inspired creatively by the setting and lifestyle in Cape Town?

It definitely inspires me creatively. On my way to work from Sea Point, I either take the Devil’s Peak route or I choose to go the other way and look at the Twelve Apostles range. To experience that kind of scenery every day, it really does something to me. I think that living in Cape Town also takes the edge off taking risks because, if all else fails, at the end of the day, I’m still in this beautiful place, so I’m still winning.

Do you have any favourite tech-related start-ups that you admire for taking a risk and launching here?

One would be WooThemes. They make themes for WordPress and they actually inspired me in business years ago. I knew about them before I knew about Cape Town. Then there’s also Nic Socks, an online shop that does crazy statement socks and shoelaces, and Siyelo Software, who we share an office space with.  I’m a fan of One Less Thing too – they deliver monthly packages of coffee or energy bars or whatever you need to your work or home.

It took us four years to get back to Cape Town after we visited in 2009, so my favourite memory is probably landing here and seeing Table Mountain and knowing this is it, this is our home. There was just so much anticipation. Another one is paragliding off Signal Hill. I was riding my scooter up there one day and got chatting to a few guys who were doing it. The next thing I knew I was jumping off, and the best part is, I landed in the park where my wife and kids were playing…right in front of them. I love that that sort of stuff just happens here.

If there is one colour that epitomises Cape Town, what would it be?

It would be somewhere between red and yellow, like a brick red or a burnt orange – it’s the colour of the mountains and the rocks. And the sunsets – I’ve seen sunsets here that have blown my mind.

And if you could choose one Over text blurb or artwork to capture the essence of the Mother City, what would you pick?

One word: freedom. With all the options that are available here and all the things to do and with Nelson Mandela and everything he achieved here, I think it’s the most appropriate word. Sometimes I look at Robben Island and I think, man, freedom was forged out there. It’s super inspirational for me.

To end off, do you have any personal or professional plans for the future you’d like to share with us?

There’s a new app coming that’s similar to Over but three times faster, so people can look forward to that. I also want to potentially kick off an official networking event called Mountain Mondays where we’ll invite tech people and entrepreneurs to climb Lion’s Head with us every Monday morning. Otherwise, I just want to take in more of Cape Town. I’ve been here just over a year and there’s still so much in the city that I haven’t even unlocked yet. I’m excited for my kids to grow up here and I’m excited to keep discovering.

Diet tricks for success at the office from the Tim Noakes Masterclass.

Over App Founder: My Move to Cape Town and Why I Love the ... 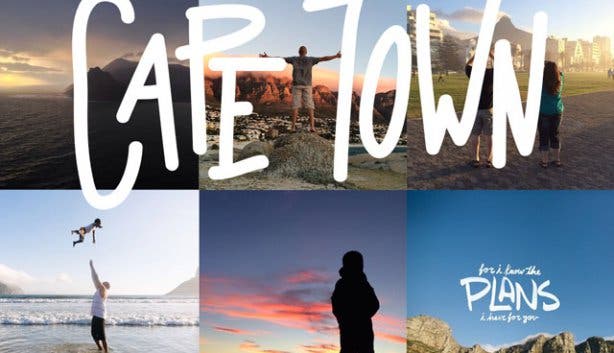 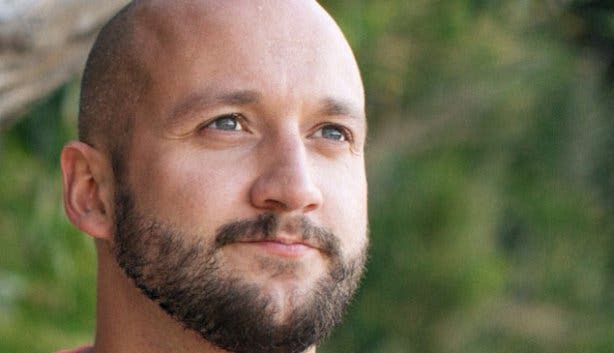 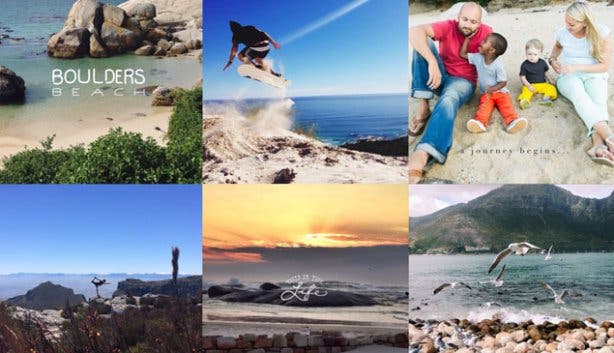 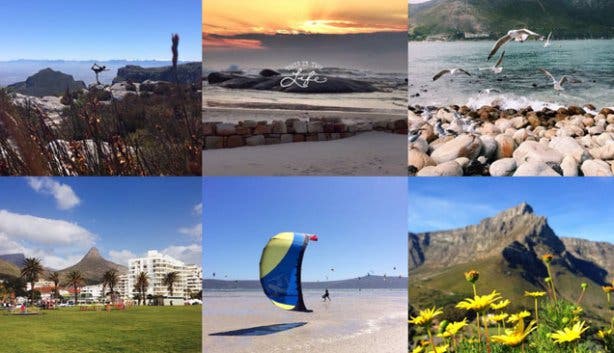