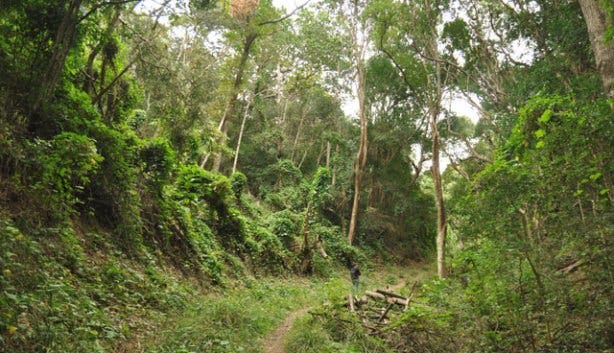 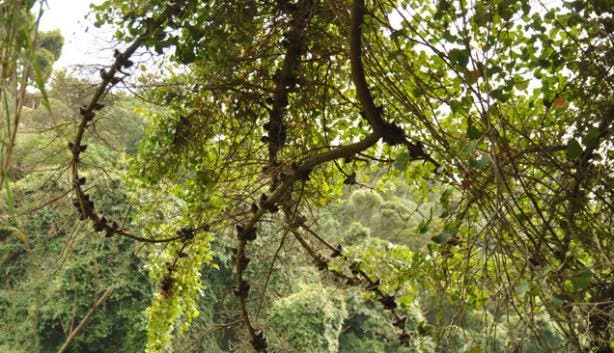 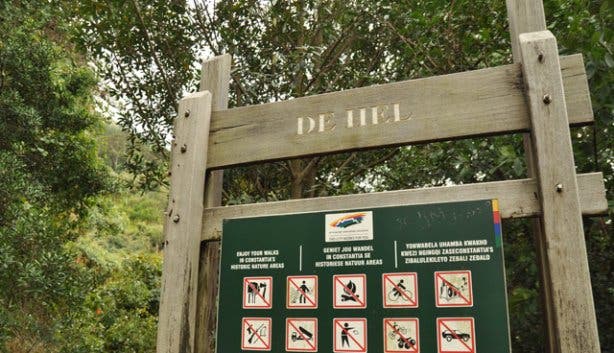 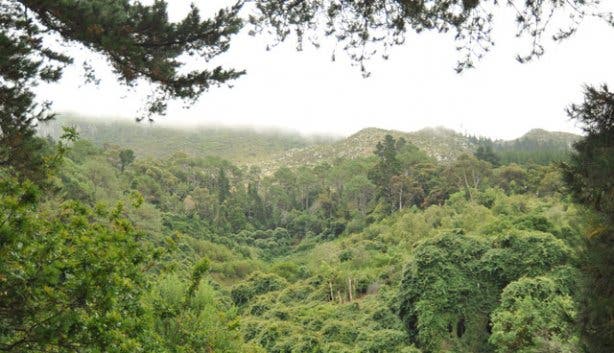 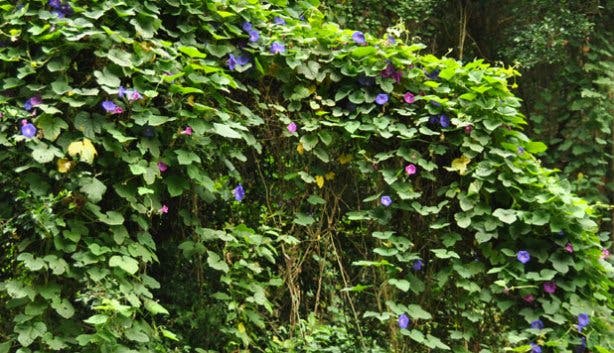 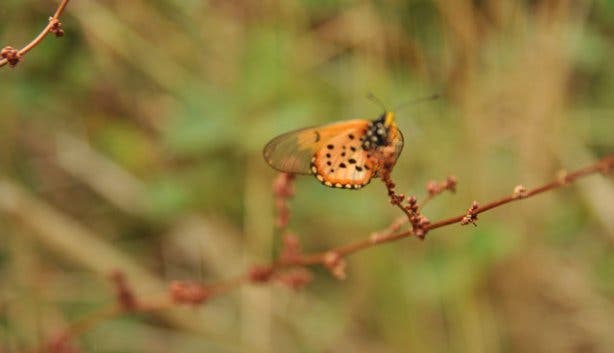 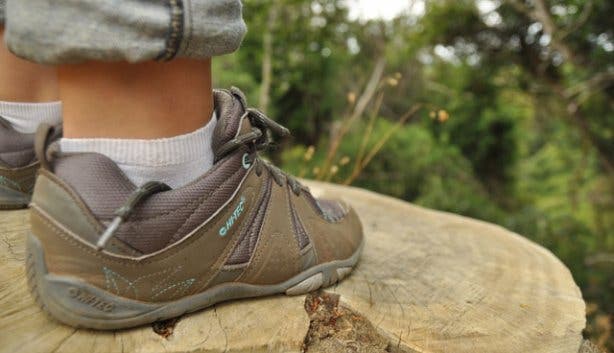 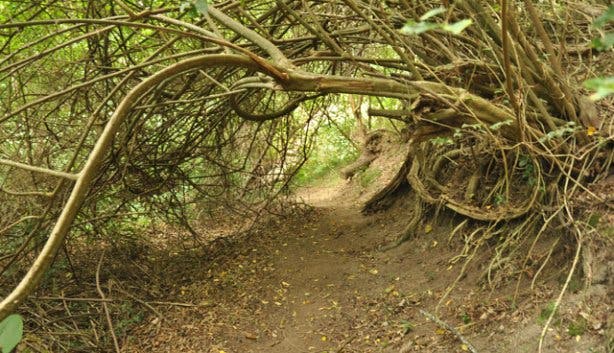 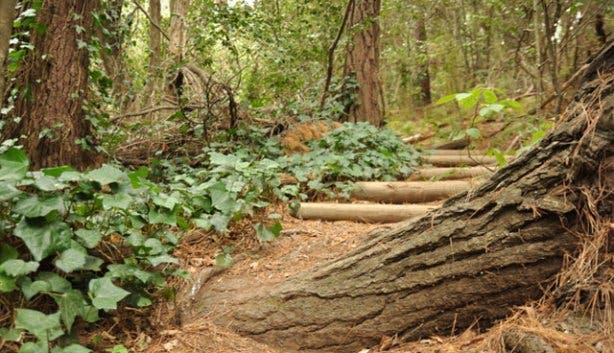 Hiking in the valley’s green belt

When the Dutch East India Company came across De Hel it was a lush valley with the Spaanschemat River running down through it off the slopes of Table Mountain. In 1714 they set up a ‘buitepost’ and started establishing orchards and gardens, felling trees and they built three houses. Fast forward 76 years and the area is being overseen by a master woodcutter, with 15 men working for him as well as five soldiers and the slaves that attended to them. By then the fruit trees were abundant and the tree felling over the years was evident.

Fast forward again to today and nature has done an exemplary job of reclaiming the land. Vines climb over trees and bushes to create an impenetrable wall of leaves and everywhere you look is green. The only evidence of the woodcutter’s legacy is the odd fruit tree or garden plant that has managed to survive in the wild. De Hel has since been declared a Provincial Heritage Site by the Council of Heritage Western Cape.

Rumble in the jungle

We didn’t know what De Hel would be like before we got there, but we certainly weren’t expecting the beautifully overgrown jungle-like greenery that we found. Within minutes of leaving the car parked next to the road we were surrounded by the green thicket that blocks out the sounds from surrounding roads. It’s like stepping out of Cape Town straight into the middle of KwaZulu-Natal (minus the humidity).

Routes
The Constantia Green Belts occupy a couple of areas throughout this leafy suburb. There are a number of trails where you can walk your dogs, and some where you can ride your horse (this is Constantia after all).

De Hel Nature Area
Easy
We parked at the entry on Constantia Nek Road, look out for the small parking area on the left side of the road if you’re coming from Rhodes Drive. There’s another parking lot on Southern Cross Drive and the route is semi-circular so you can start at either entrance. There’s a clear path around the valley with smaller paths leading down to the streams that run through it.
Duration: The circular route will take just under an hour, but spend some time following the paths and exploring.

Alphen Trail
Easy
Park on Alphen Driveoff of Constantia Main Road and set off along the path next to the Diep River. There are a couple of bridge crossings where you can choose to walk on the other side. This isn’t a circular route and you can also start the walk on the other end and park on Le Sueur Avenue.
Duration: About half an hour.

Brommersvlei Walk
Easy
Park on Rathfelder Avenue or BrommersvleiRoad, this tree lined trail leads alongside the road before circling the Bel Ombre Meadow if you come from the Brommersvlei side.
Duration: This walk will take half an hour or so.

Diep River Trail
Easy
This route can link up to the Alphen Trail, the Brommersvlei Walk and the Klaasenbosch Trail. Park on Le Sueur Avenue or Southern Cross Drive. The route takes you along this green belt and you can then continue on along one of the other three routes or retrace your steps.
Duration: This will take over half an hour.

Doordrift Walk
Easy
This starts in the same place as the Alphen Trail but the walk goes in the other direction, or you can park on Doordrift Road and do the route the other way round.
Duration: About half an hour.

Grootboschkloof Trail
Easy
Park on Strawberry Lane, Spaanschemat River Road or Willow Road and follow the path along the river. This isn’t a circular route and you can link up to the Spaanschemat River Trail if you want a longer walk.
Duration: Twenty-five minutes or so.

Klaasenbosch Trail
Easy
There are several parking areas along this trail with the top two being off Rhodes Drive near the Kirstenbosch top gate and at Cecelia Forest. The bottom two can be found at Le Sueur Avenue or Hohenort Avenue. The middle of the walk passes by the Cellars-Hohenort Hotel (stop in for a gourmet bite).
Duration: Just under an hour.

Silverhurst Trail
Easy
You can park across the road from Peddlar’s on the Bend on Spaaschemat River Road or at the other end of the trail on Constantia Nek Road. This is a popular horse-riding trail so if your dogs aren’t comfortable around them maybe choose a different walk.
Duration: This will take about forty minutes.

Spaanschemat River Trail
Easy
This trail starts out from the same parking area as the Silverhurst Trail on Spaaschemat River Road but goes off in the other direction. You can also park on Strawberry Lane at two different locations. You can link up to the Grootboschkloof Trail at the far end from the Spaaschemat start.
Duration: It’ll take about thirty five minutes.

What to look for:
Keep an eye out for the birdlife, De Hel is home to the elusive Knysna Warbler.

Tip: After your invigorating walk, go for lunch at one one of these restaurants at wine estates in Constantia Valley.

Text by Lindsay Callaghan and photographs by Malu Lambert

Drink Napoleon’s favourite wine while he was in exile on St Helena at the Wine on Exile exhibition at Groot Constantia.

Have a look at our Facebook album of De Hel and follow us on Twitter to find out where we’ll be hiking next. Plus, subscribe to our weekly newsletter for a seven day weather forecast.

Things to do, moments of joy, tips to stay mentally strong, and memes