Once the preferred decoration of sailors from generations gone by or hard-up gangsters proving their allegiance to the criminal underworld, the humble tattoo has gone from the mark of the seedy gangland to being a sought after accessory for all ages.

Take a walk around the Mother City and you’re bound to see some of Cape Town’s effortlessly cool groups sporting various forms of permanent body art. The need to mark one’s body has mushroomed with tattoo parlours blooming up in the city as citizens go out and get their ink fix. This begs the question of what’s caused the sudden shift in perception. 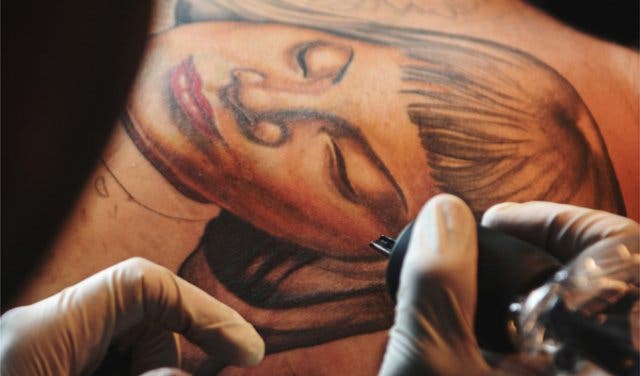 Tattoo artists suggest that along with the changing times, it’s also the more liberal view of society and the mainstream coverage of tattooing, with popular reality shows like Miami Ink and Best Ink showcasing the behind-the-scenes life of a tattooer. Tattoo parlours have moved from biker hangouts to places that people from all walks of life have begun to frequent (from arty creatives to the local soccer mom). We’ve delved deep to find out why the Mother City has ink firmly tattooed in her mind.

Manuela Gray is one of Cape Town’s foremost tattooists. With around two decades of experience running the Wildfire Tattoo Shop (formerly known as the Purple Turtle) in Long Street, she’s seen the rise in interest first-hand. The brain behind the annual Cape Town Tattoo Expo, Gray is at the forefront of the burgeoning local tattoo culture and, according to her, “It’s become the thing to have. In fact, if you’re in a creative field – it’s weird if you don’t have a piece or two. It’s showing how much society is changing.”

This is a sentiment shared by Warren Petersen and Mister Cheeks, tattooers at the art collective More Than Hype. Both artists ink a flurry of customers in their 1800s refurbished house in the heart of Gardens. Warren confirms, “Tattooing goes through trends, and you’ll see it in the customers. One year it’ll be wolves or stars or something else. Cape Town is about five to ten years behind on the culture but I’d say that it’s the most liberal city within our country, when it comes to tattoos.” 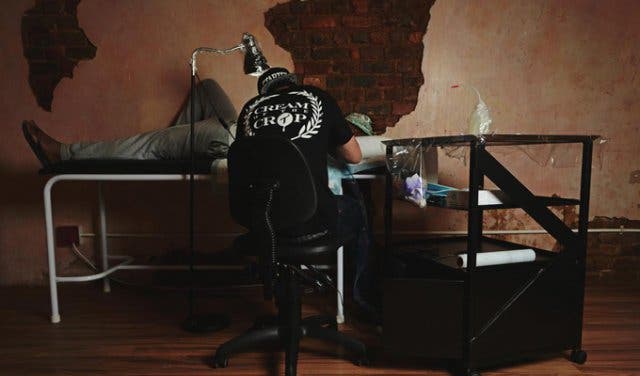 Though Cape Town, and South Africa at large, may be a few paces behind the rest of the world, Tattoo Studios like Palm Black Tattoo Co. make an active effort to keep up to date with international trends. Being one of the only tattoo studios in the city to offer hand poking as an alternative to the conventional machine tattooing technique most are familiar with, this CBD based tattoo studio is always finding new and exciting ways to innovate when it comes to body art. “I like using the medium to make the tattoo a little different. I utilise the fact that I can control every single dot," Richard Moir of Palm Black explains.

Hand Poke is believed to be less severe on the skin, making the recovery time noticeably shorter too. The technique lends itself to smaller, more detailed designs, although Richard, Wesley von Blerk, David Chaston and owner, Raoul Goetze will suggest the best technique and tattoo artist for your piece.

The knowledge of tattooing and local tattoo culture has some of its roots stemming from the ganglands and prisons. This unique aesthetic, passed down from various sources that existed solely on the fringes of society, has gained popularity thanks to the likes of Die Antwoord and more placing it upon their bodies.

A subject of controversy, prison tattoo culture cannot be discussed without looking at the origins of the art. In Cape Town gang culture, intricate tattoos depict a gang member’s allegiance to make it known and entirely recognisable to outsiders and rivals.  Each gang has symbols that reflect the lifestyle and strict rules that govern a subculture that is focused on survival beyond the limits of conventional society. 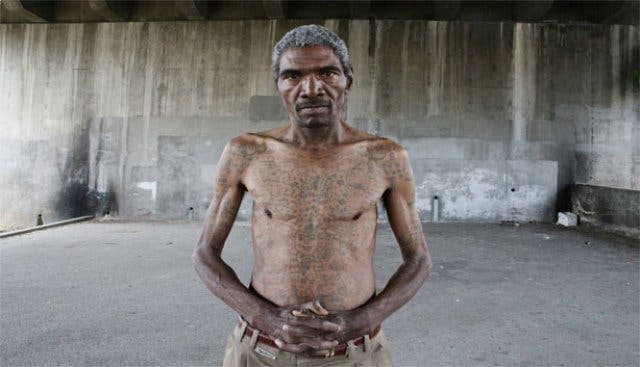 This isn’t something new as gangs all around the world have selected symbols and tattoos showing their allegiance, from MS-13 in Los Angeles to the Crips in Compton. In Cape Town, prison style tattoos known as tjappies come from the Numbers gangs (The 26s, 27s and 28s) who each have their own code to live by and historical role to fulfil behind bars.

Tattoos can include sayings referring to aspects of the lifestyle, the number the person is affiliated to, knives, dollar signs or the names of other gangs. The warning is clear to other members of society and the ink stays long after a member may have decided to leave the gang and reform.

In prison, tattoo supplies are hard to come by so prisoners fashion ink from empty pens and use razor blades or needles to get it into the skin.  The entire process is rigorous and painful, a far cry from the electromagnetic machines used by tattoo parlours. Local author, Jonny Steinberg’s The Number remains an excellent source for anyone wanting to find out more about the historical roles of the Numbers gangs.

Needless to say, the culture of tattooing permeates more than just the tattoo parlours in the heart of Cape Town. According to Petersen, this city is a hub of creative energy and more artists are venturing into tattooing, which is changing the nature of the formerly secretive and frowned upon subculture. Will Capetonians ever stop looking to add more body art? Likely not and your local tattoo shop is not complaining. 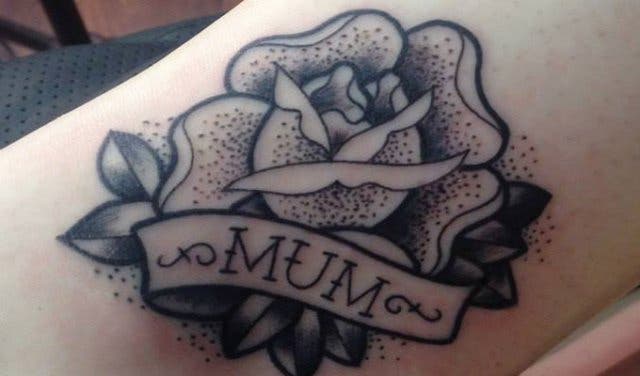 If this isn’t enough tattoo info and you’re keen on getting some awesome ink in the next while be sure to check out our top ten tattoo parlours in the Mother City.

Get inked and support the animals at DARG at the Charity Tattoo Day at Cape Electric Tattoos.

A cut above the rest for less in Bree Street at Downtown Barbers.

Find a shady spot on the manicured lawns and spread out a picnic or swim in a ... 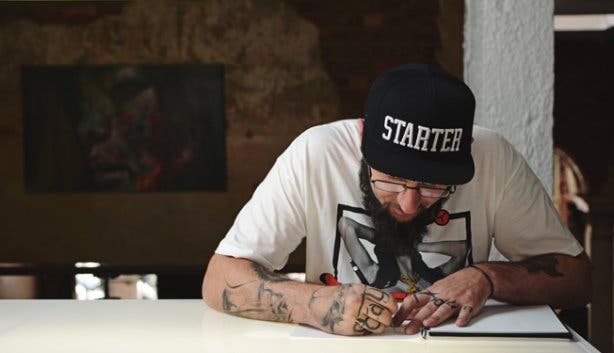 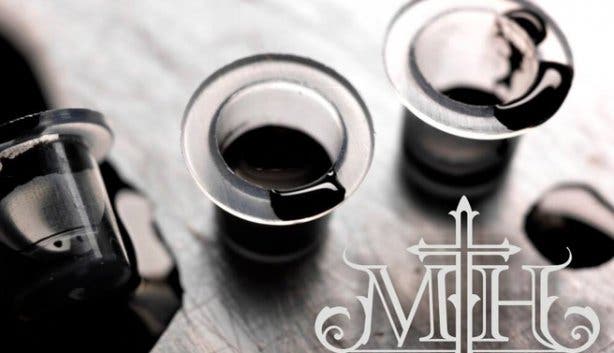 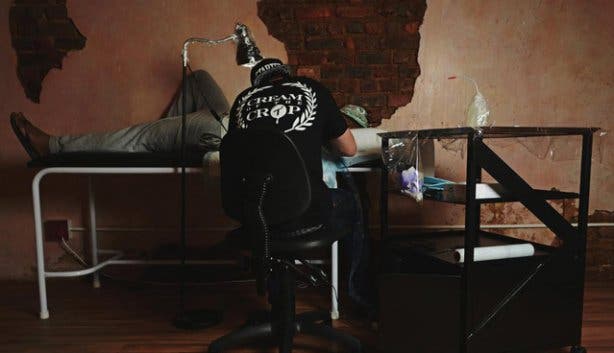 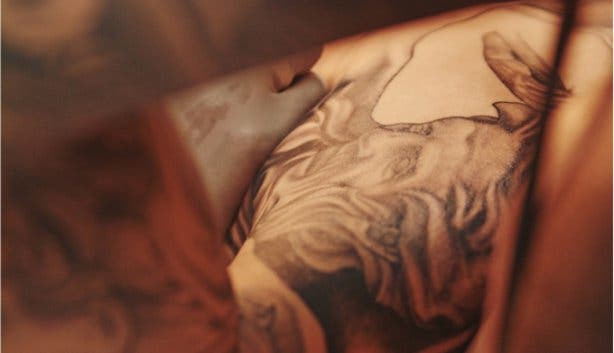 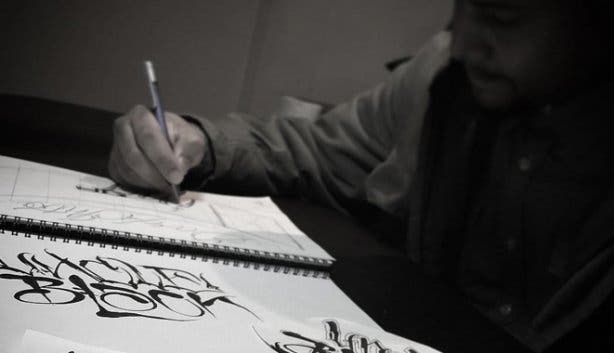 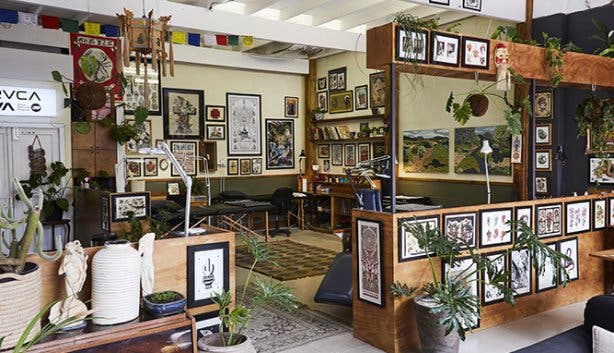