Working with nature, rather than against it, is the secret to Reyneke's success with its organic wines

Reyneke Wine Estate was the only South African wine producer to be included in a prestigious list of Top 100 Organic Wine Producers at the 2008 London International Wine Trade Fair, a glowing testament to the wine’s ecologically responsible production philosophy and its highly-acclaimed quality.

The London International Wine Trade Fair is the biggest wine fair in the world, and 2008 is the first year that the Top 100 Organic Wine Producers list was included in the fair.

“It’s a fantastic compliment; it’s great to receive this kind of recognition after all the hard work we’ve put in over the last 10 years,” says owner and wine maker, Johan Reyneke.

The Reyneke Wine Estate, located in the famous wine region of Stellenbosch, has been producing organic wines since 1998.

“The aim is to produce, with as little intervention as possible, wines that accurately portray the uniqueness of their vineyard and of the season,” says Johan.

Why go organic? “I think it is much wiser to work with nature rather than against it. We live and work here and appreciate the fact that it is a chemical-free environment,” explains Johan.

Organic wine farming is based on the notion that pests and disease are seen as a sign of imbalance in nature, and that an effort must be made to remedy the cause rather than treat the symptoms.

Deep, toxin-free soil, 40-year-old vines and the crisp inland air; these are all components of the terroir of Reyneke that come together to result in the unique chemical-free wines that the farm produces.

"The intention here is to interfere as little as possible, to allow nature to be the real maker of the wine and to truly produce terroir-specific wines of the highest quality," says Johan.

“The grapes used for Reyneke Wines are grown with no herbicides, no fungicides and no pesticides. Organic wines are therefore better for you and for your environment," says Johan.

Johan had a conventional beginning to his farming endeavours, then adopted organic principles and is now one of only a handful of biodynamic winemakers in South Africa.

What are biodynamic wines? Biodynamic farmers use a range of specially formulated herbal, mineral and organic preparations to enhance the soil, boost plant and animal life and increase fertility.

Biodynamic farming involves using as few external inputs as possible, so that environmental impact is as minimal as possible. Biodynamic farmers work with natural and cosmic cycles, rhythms and forces that regulate all life on earth to create a harmonious whole.

“Ultimately one of the greatest benefits of biodynamics is its ability to create a greater sensitivity and awareness of our inability to understand and explain everything. This leads to a respect and tolerance for that which does not seem important to us,” is the explanation on the Reyneke website.

Certainly a novel and thought-provoking approach to producing wine!

Reyneke is committed not only to ensuring the well-being of its vineyards, but also of its workers. Proceeds from sales of the 2005 Reyneke Cornerstone – a 50% Cabernet Sauvignon and 50% Merlot blend – go to servicing the bonds on workers’ family homes.

The inclusion in the 2008 London International Wine Trade Fair’s list of Top 100 Organic Wine Producers is just one of many forms of recognition Reyneke Wines have received.

Reyneke was the only South African wine producer to be invited to participate in the ‘Return to Terroir’ tasting in San Francisco in April 2005, led by the celebrated French biodynamic winemaker Nicolas Joly.

Reyneke Wines are also being served to first-class travellers on Lufthansa Airlines, and in a blind tasting of South African red wines, Reyneke Reserve was voted as the best Shiraz in Belgium by UIT Magazine

in 2006. A number of the wines regularly receive 4 and 4.5 star ratings in the annual John Platter Wine Guide.

In love with wine? Browse through our comprehensive Cape Town Winelands section, which includes hand-picked Cape wine tours, and subscribe to our Editor’s Picks Newsletter for more must-read features. 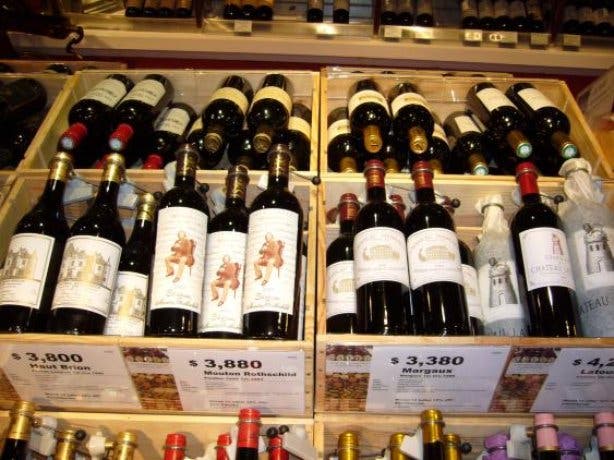