Five Reasons You Never Thought of That Explain Why Craft ...

As much as us craft beer lovers enjoy blowing our own horns, the fact that craft trumps commercial brew is not simply hot air. Beer enthusiasts are waking up to the fact that they don’t have to settle for watered-down, mass-produced brews anymore, and we want to spread the word.

For the few of you who still think that craft beer is what your dodgy neighbour brews in his garage – the stuff that smells slightly of alcohol-soaked, slightly burnt All-Bran Flakes - then you probably need to find a way off that desert island you’ve been marooned on before you join up with the rest of South Africa in our growing love for all things craft beer.

So, with no more ado, here are five reasons why you should love craft beer more than other beer.

1. Fewer Trips to the Loo

This one’s a bit of a brain teaser, but it’s a fact nevertheless. If you’re drinking craft beers you won’t have to run off to pee every 10 minutes.

The reason is simple: you won’t be drinking as many beers.

Commercial beer has less than 2.5% abv (alcohol by volume), which is as weak as most of your boss’s punchlines. So, you will have to drink four to six of these beers to experience the same effect as two (or maybe even one) craft beer, which inevitably results in spending most of your night having conversations with strangers at the toilet rather than with your friends at the bar. And that makes you a weirdo.

2. Drinking Craft Beer is Easier Than Growing a Beard

Everyone knows that a beard instantly makes you more trendy and interesting. But be honest – your beard looks more like you’ve just rubbed your face on a moulting guinea pig. That’s not trendy or interesting.

Fortunately, craft beer has become a rapidly growing trend in recent years and is currently experiencing something of a peak in popularity. So, the logic is sound: drink craft beer and you’re trendy.

Craft beers are also very creative. Fruit, chocolate, coffee – don’t be surprised by anything you find on your craft beer label. You’ll come across some pretty unique names as well: Fiery Ginger, Bone Crusher and Naked Mexican are just some of the usual suspects in Cape Town.

Because of the creativity of craft beer breweries there is a huge range of choice for beer lovers. If you visit any hangout that has craft beer on offer or check out the League of Beers website, you’ll be amazed at the vast selection.

This means that pairing booze with food isn’t exclusively for winos anymore.  The huge variety of craft beer flavours allows you to pair beer with pretty much every meal (maybe not breakfast, though). And you don’t have to be an expert yourself because many craft breweries include information about what food pairs best with each of their beers.

The people behind craft beers are driven by their overwhelming passion and love for crafting the tastiest and highest quality beer. And they are small businesses.

You don’t have to buy wood carvings that vaguely resemble giraffes or earrings made of Snoek teeth to be proudly South African anymore. You can support local small businesses by buying beer. A quick Google search for “local craft beer” will return so many names of breweries and distributors you’ll be able to plan your own beer festival for you and your friends. Or just for you.

Finally, the biggest reason why craft beers is the biggest growing trend, currently, is that it tastes great. If someone tries to tell you that craft beer doesn’t taste better, well, they’re either a liar or they’ve had their taste buds removed.  With all the different varieties it’s impossible not to find that one beer that you can’t wait to crack open when you get home from a hard day’s work.

So there you have it! Five reasons that prove what you have always known … craft beer is intrinsically awesome.

As if you ever doubted.

The Ellerman Music for Meals sessions ... 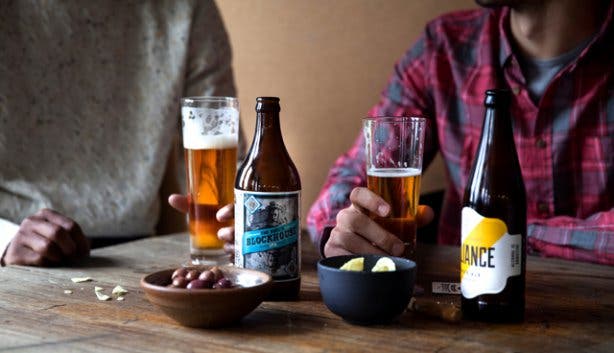 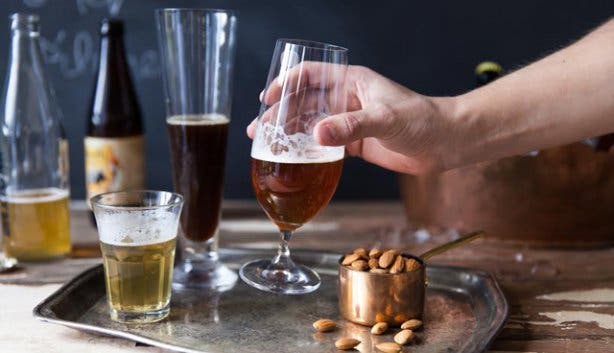