A date with the Twankey

Chic is the new cool, as an indulgent date at The Twankey in Cape Town’s Taj Hotel confirms

Outside The Twankey bar in the centre of Cape Town, church bells are ringing loudly. Someone's getting married, I muse, forgetting that it's seven thirty in the evening. Entering the contained grandeur that is the Taj Hotel's five star champagne and oyster bar, it’s quiet and still. A few comfortable couples are speaking in hums and undertones. The large, two-tiered room holds pearly pillars and shiny dark wood surfaces and mystery. The barman is friendly and fast; the night manager marvellously polite and hospitable; my date. Is late.

It's not a date if you're late, I grumble to myself, and order Duck Soup. The first mouthful is full flavoured and spicy, and hits the spot. I look around. A woman sitting alone looks up. I wonder if I should invite her to come round and join me. I am NOT going to call him. Another mouthful. Look around. Left. Sideways. High ceiling. Mezzanine lookout point. Booths in corners, open, yet intimate. Actually, it's very nice here. I could pass an evening alone without any fuss. Besides, didn't he say he doesn't eat oysters?

Halfway through my Duck Soup, he arrives in a flurry wearing a hound's tooth jacket, jeans and a cap.  I repeat my catchy sentiment testily because I'm quite proud of it.  He's dismayed.

"Try this" I interrupt, moving along swiftly. "It's a house speciality."

Obliging me with sparkling eyes and a blush that bleeds all over his face, he tastes and agrees - it's a stiff drink (not a starter!) and it takes balls. He orders a glass of Chardonnay while I wonder how they mixed Especial Rum, chocolate liqueur, apricot jam, chilli syrup, fresh lime and cardamom together so finely without it actually becoming a soup. And then I remember I'm on a date.

"Oysters!" I say, like I've discovered the Holy Grail (I couldn't think of anything else to say there for a second). "They do oysters. Do you do oysters?" I know the answer, he shakes his head, no, but then smiles kind of naughtily...

"Nor chocolate" he interrupts, putting me in my place. Good, I think, more for me.

Almost intuitively, the manager sails over with a tray of wild and domestic oysters and Guinness to accompany them. Yes, Guinness. It brings out the creaminess of the mollusc I have just swallowed. Creamy. Gentle. Guinness. I close my eyes, tasting ocean and Ireland and swimming in silk.

When I open them, the room is full of new faces finely over thirty five.

"It's a Singles Tuesday club," answers my man. We chuckle patronisingly, forgetting this is our first date, and move to a corner table for more privacy, where we gander like a pair of Egyptian geese.

Time to eat, I believe. But what? It's a high class bar, the kind of place you come to spoil yourself. Offerings are exotic and fusion. Karoo Lamb Samoosas with Mango Relish blend India and Africa, the aforementioned oysters bring heaven to earth via the tongue. We settle on Crispy Calamari coupled with a Pineapple and Chilli Mojito. And Jalapeno Poppers (a Capetonian delicacy colloquially called Chilli Poppers). Except he doesn't eat seafood either. Nor chilli. Fussy. So we add some Guacamole to our order. No, we are not gluttons; we are just first timers. And nervous, despite the divine drinks. We're onto Veuve Yellow Label now, but the menu extends as far as Dom Perignon Brut Rosé.

The rum and bubbles settle in and through wide windows onto Wale and Adderly street, we watch the world outside with its strangers in the night; some finely attired, some barely dressed bergies, some rowdy ones, crowds, lonely only-s. I realise I like this place for opposing reasons. One, I feel right at home because I can do what every Capetonian does - watch and be watched. Two, it feels like somewhere far away I've never been to (maybe it's the republic of Five Star?). Oh, and three: because I am not only a voyeur, I am vain; I can see my reflection on the table surfaces, in the spotless glass, and the shining teeth of our waitress. The surroundings are something out of a movie, almost. Shiny, plush, spacious, lush; all those words. You can slouch without looking like a sloth.

The service is almost awkwardly excellent – I'm used to being left to my own devices, yelling for a waitroid once in a while. Here you're carefully considered at a polite distance, and you only have to snap your fingers (I didn't) to have someone at your side with full insight into anything you want.


They even serve sport. On flat screens.

'What are you looking at?' I ask my table partner, whose eye has wandered. I don't need an answer - it's not another woman, its sport. We swap places to prevent breaking up before we've reached first base, and finally decide to spare the patrons our howls of laughter, spill out of the slick, leather chairs, into the slick, measured street, and sail through the dark on a two-headed Vespa en route to somewhere else.

The rest? Well. If I'd had one of the ridiculously innocent Raspberry Pamplemousse virgin cocktails, or a nought percent Mock-Ito instead of its mother, I may have remembered. But I didn't. It's the proper thing to do at a place as swanky as the Twankey. I blame the duck for whatever ends up on Facebook.

* Like that high-life loving Arnie, I'll be back. But not on a Sunday. The Twankey bar at the Taj Hotel in Cape Town is open 11:00-22:00 Mondays to Saturdays. 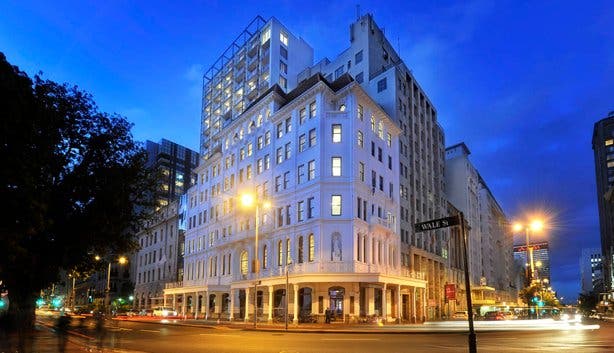 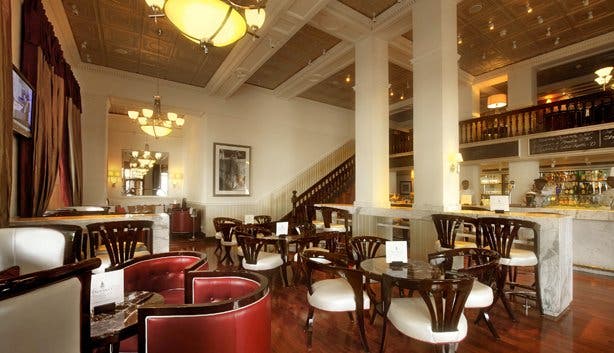 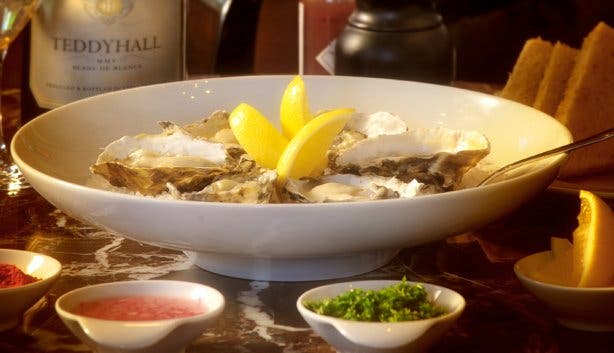