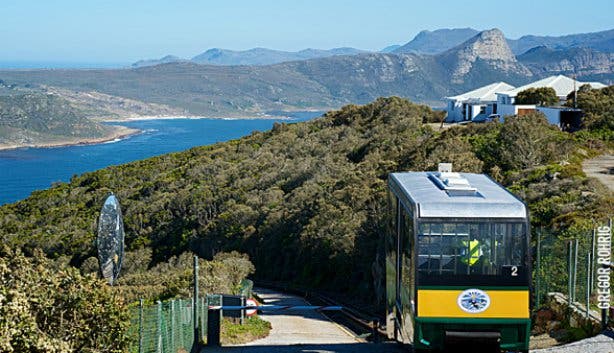 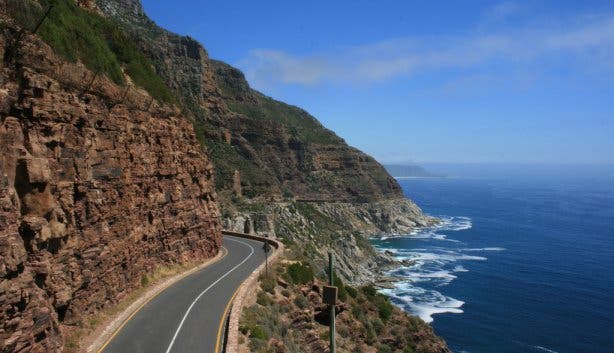 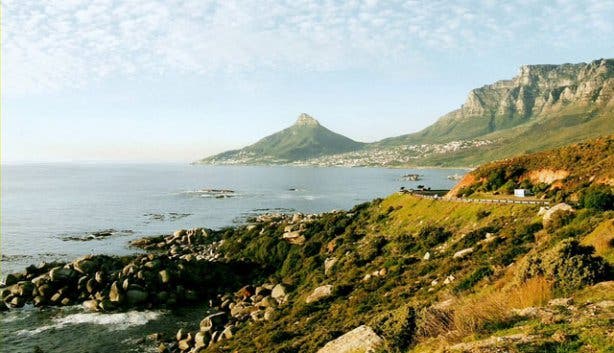 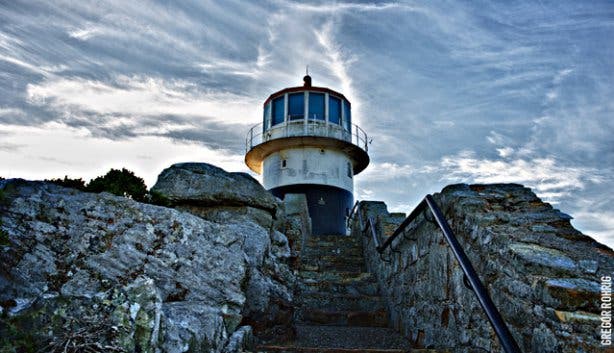 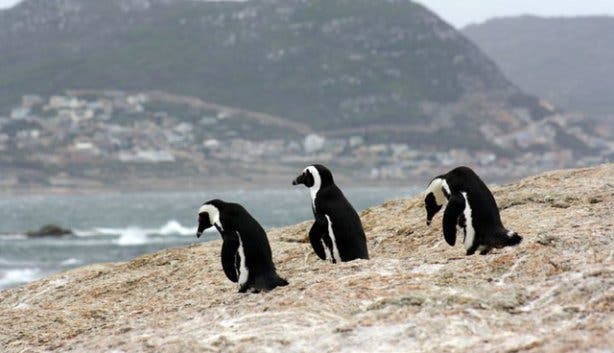 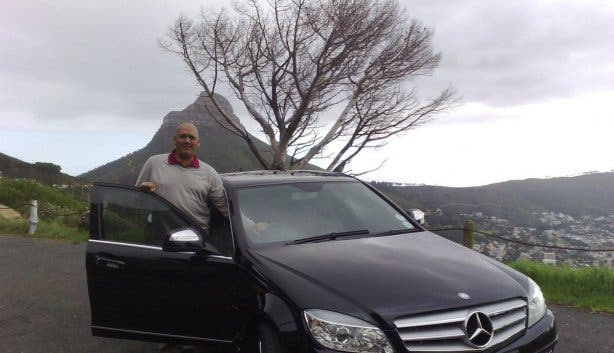 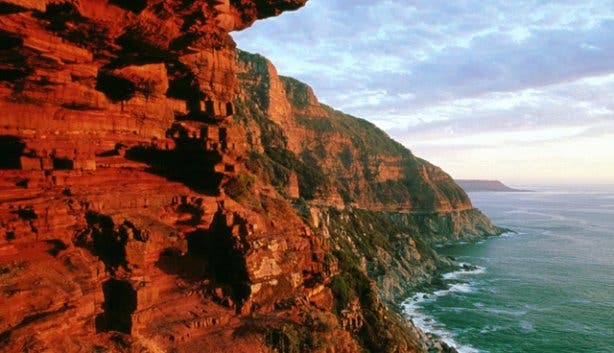 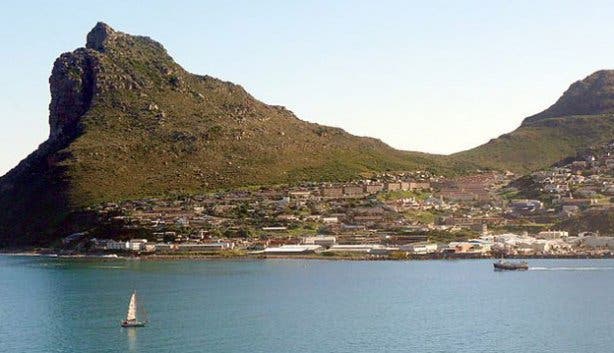 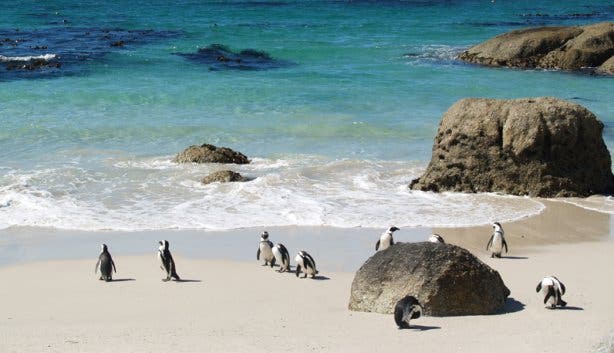 Definitely one for the bucket list, a Cape Peninsula tour treats Mother City visitors to a breathtaking coastal outing featuring some of South Africa’s most notable sightseeing attractions, like the awe-inspiring Cape Point (a dramatic landform that marks the most southwesterly tip of Africa) and the internationally renowned Boulders Penguin Colony.

Such a trip also gives foreigners a chance to soak up the area’s fascinating natural diversity and to take in panoramic ocean vistas, pristine beaches, towering cliffs, wild bays and quaint waterfront villages.

While there are a number of operators that run excursions along the region’s rugged, curving coastline, one that offers a particularly memorable experience is small family-owned venture Wow Cape Town Tours.

Founded in 2007 by insightful local Rushdi Harper, the rather appropriately named company is devoted to introducing tourists and Mzansi citizens alike to the Mother City sights, sounds and spots guaranteed to delight and evoke many an “ooh” and “ah”.

Overseeing a medley of excursions that cover everything from the majestic whale route to the picturesque Winelands, this professional tour authority has made it its business to ensure that travellers to the Cape don’t miss out on the area’s magnificent must-dos.

And the way in which the outings are run is rather unforgettable too. That is, as the business specialises in highly personalised private tours, each and every aspect of the journey is tailored to guests’ preferences and interests (Wow even gladly ventures off-route on clients’ request) to guarantee maximum enjoyment. Needless to say, visitors can rest assured they’ll get everything they could possibly hope for from the experience.

So, to do justice to Wow’s true winner of a Cape Peninsular tour, we’ve included a few more specific details below.

ABOUT THE WOW CAPE PENINSULA TOUR

Depending on time, visitors can opt to do either a full-day tour (priced from around R360p/p) or half-day outing (priced from R250p/p), the latter of which is simply a slightly more condensed version that excludes some of the optional stops. In both cases, guests are picked up from their lodging at approximately 9am, from where they’ll then pass through the residential seaside suburb of Sea Point and the affluent beach-dotted Clifton area before coming to rest in the picturesque Maiden’s Cove. Here, tour-goers are given the chance take photos of the stunning view of the Twelve Apostles mountain range towering over white sands and lapping waves below.

After a drive through the palm tree-fringed Camps Bay (Cape Town’s answer to the Copacabana), the route hugs the winding shoreline before extending up and over the breathtaking Suikerbossie pass and dropping down into the Hout Bay valley. In this historic fishing town, travellers have 20 to 40 minutes to explore the harbour, browse the African craft stalls or take an optional boat ride to Seal Island. Once this small district has worked its charm, the tour continues over the famed Chapman’s Peak Drive (visitors can step out of the vehicle at the top to soak up the incredible vistas), winds slowly through the lazy suburb of Noordhoek and moves on to the gates of the Cape of Good Hope Nature Reserve.

Just before entering this pristine World Heritage Site, sightseers can opt to see Africa’s grand birds in action at the Cape Point Ostrich Farm. It’s then on to the craggy cliffs, rocky escarpments and fynbos-rich slopes of the narrow finger of land known as Cape Point, where travellers have an hour to traipse up to the top lighthouse (there’s also a funicular for the weary) and enjoy endless ocean views from various lookout points here.

By this time, tour-goers will, no doubt, have worked up an appetite and can move on to enjoy a seafood lunch at either Cape Point’s elegant Two Oceans Restaurant (it boasts unrivalled vistas across the bay) or Seaforth Restaurant at Boulders Penguin Colony. At this special spot, visitors can view the African ‘jackass’ penguins that call the area home.

After Boulders, tour participants are slowly returned to the city via the various charming coastal suburbs of Simon’s Town, Fish Hoek, Kalk Bay and Muizenberg (a famed surfing hotspot), and the excursion comes to an end at guests’ respective places of accommodation.

A number of different tour operators run Cape Peninsula outings, but it is the following that makes the Wow Cape Town Tours offer particularly special.

BOOKING AND PRICING INFORMATION FOR THE WOW CAPE PENINSULA TOUR

To book an expedition with Wow Cape Town Tours, email info@wowcapetowntours.com (bookings for private day trips are accepted up to 24 hours in advance). There is no minimum or maximum number of people allowed on private tours, but the size of the group does affect prices. These are as follows:

Note: the above prices include the guided tour, snacks and drinks en route and a FREE foot or neck massage (on request, and only for the full-day option). However, they do not include entrance fees to any of the stops (e.g., the Cape of Good Hope Nature Reserve or Boulders Penguin Colony levies); similarly, lunch is at patrons’ own cost.

OTHER TOURS AVAILABLE THROUGH WOW

The Cape Peninsula excursion is certainly not the only one Wow operates. The company also runs tours of the city centre, the Winelands, the Cape’s townships and the Hermanus whale route; not to mention, it offers self-drive and honeymoon packages and pre- and post-conferencing tour options.

Most notably though, Wow has recently launched a seven-day Food Tour, which includes the Cape Peninsula, Winelands and city centre tours along with six nights of accommodation and three full days of cooking lessons that teach visitors how to prepare traditional Cape Malay cuisine (think roti, curries, rice dishes and more).

Weekends are your time to shine with tidal pools, markets, camping trips + ...