Knocking out the misconceptions: this combat sport is an effective exercise form for the everyman

“Boxing is not about beating the daylights out of another person,” claims a zealous Anne-Sophie Leens, one of the many female trainees at the Woodstock-based Armoury Boxing Club. “It’s a 360-degree sport, an art; it’s about fitness and technique, creativity and mind power.”

Ringing with the fervour and resolve of someone in the know, these seemingly counter-intuitive words work to highlight an important, often misconstrued truth about this age-old practice. That is, while boxing may have been cast throughout its long, controversial history as merely a violent, brutal pursuit – the sole property of the rough and ruthless (owing in part to its bare-knuckle beginnings) – today it has become increasingly recognised, and particularly popular, as a viable and effective exercise form for the average man or woman (yes, woman; these days, females make up a noteworthy portion of clubs’ membership base). 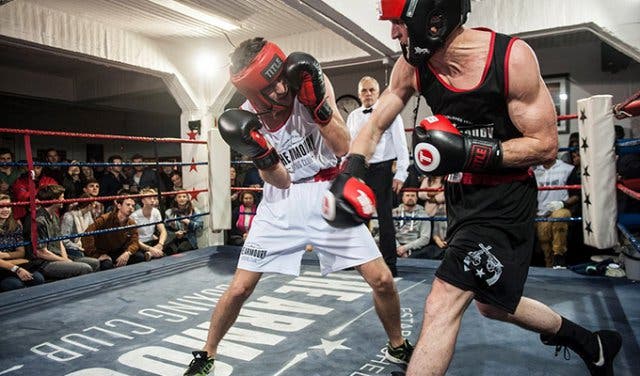 So, while institutions like The Armoury do, of course, offer serious skills and sparring sessions tailored for those fixed on fighting in full-contact contests, they also boast a number of classes that simply use boxing applications or related techniques (such as skipping and glove work) to focus more generally on individual fitness, physical conditioning, strength, stamina and speed.

In this way, then, the practice is a workable, worthwhile option for anyone – of any age or disposition –that’s just looking to tone up or size down (no frenzied fisticuffs or combat required). What’s more, as it essentially involves the long-term cultivation of a craft, boxing makes for a far more enjoyable alternative to the tedious chore of attending a cold, impersonal gym – a point espoused by a number of the club’s members who are motivated largely by the fact that it simply doesn’t feel like exercise.

“Whereas some fitness forms are just about looking good on the beach, at the end of the day, boxing is a game,” explains Andy Pow, skilled Scottish-born personal trainer and manager at The Armoury.  “We find that a lot of people come in because they want to keep fit, healthy and strong, and they like the idea of playing a sport to achieve this.” 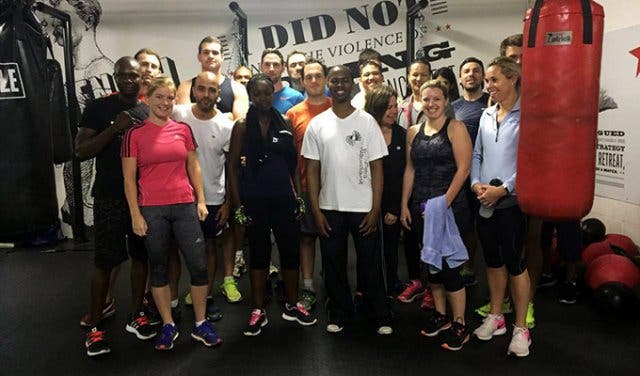 The notion of this science as something that’s accessible to, and enjoyed by, regular individuals who don’t fit the ‘belligerent ruffian’ stereotype is central to the concept of White Collar Boxing, a form in which The Armoury specialises. This distinctive, well-regulated version of the sport developed in the mid-1990s in New York when various fighting establishments – most notably, the renowned Gleason’s Gym – started to observe a significant increase in attendance by well-off, cultured professionals from the financial and legal sectors. In essence, this defining movement saw the start of boxing for the urban businessman (or -woman, of course).

Perhaps one of the reasons for the sport’s growth in popularity among such well-heeled white collar workers is that its intense, high repetition work rate allows for short yet productive sessions to be effectively squeezed into busy 8-to-5 schedules – in 45-minute lunch breaks or before morning meetings, for example.

As business executive Brett van Aswegen, a trainee at The Armoury since its inception in 2010, so succinctly summarises, “It’s about capitalising time and getting the most in return.”

And such ‘returns’ manifest on a number of different levels, a physical one being perhaps the most prominent.  Deemed by proponents and participants as the ultimate way to whip (punch, jab or parry) the body into shape, boxing – and the mix of sustained routines and quick, intensive activity involved – burns buckets of calories, activates almost all muscle groups, and affords a killer combination of aerobic and anaerobic exercise. Not to mention, as the workout it provides boasts both cardio and strength-endurance elements, boxing typically results in improved stamina, suppleness, power and coordination, significant fat reduction, and legs, arms and abs that are supremely tight and toned. 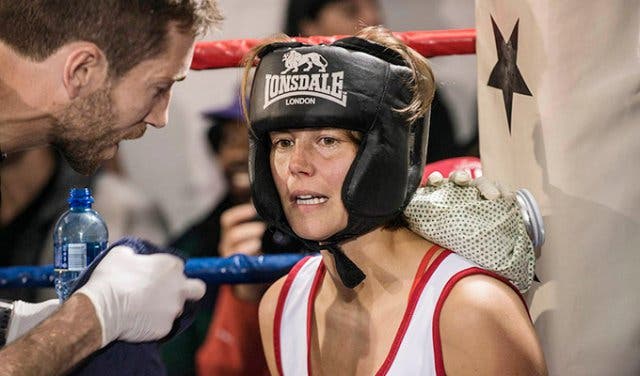 “Because you’re standing on your feet, you work your whole body at once,” explains Andy, who goes on to emphasise that, at The Armoury at least, the practice is about far more than fostering an impressive external appearance. “The focus is on all-round, well-balanced fitness, on functionality, not just aesthetics.”

In line with boxing being a more multi-faceted and valuable activity than it has often been given credit for, the art holds a few, somewhat less well-documented, psychological benefits too. As a sport that requires a certain amount of strategy – and a good dose of visualisation – it works to improve concentration and perceptive abilities, cultivate mindfulness and enhance self-discipline. What’s more, many find that the actions involved and skills developed are inherently empowering, and thus go a long way to boosting self-confidence.

Then, of course, the high-impact sport serves as a prime form of stress relief too. Although scholarly literature on this subject is somewhat scarce, it goes without saying that laying into a heavy bag for a solid hour releases a significant amount of pent-up tension otherwise typically transferred onto partners or pets (simply another motive for those regular Joes in high-pressured jobs to join the membership roll).

On an even deeper level, though (and at the risk of bordering on the philosophical), in spite of its complexity, the combat art also affords a necessary outlet for that very primal, and often suppressed, part of us – an impulse so effectively (and disturbingly) captured in the provocative cult film Fight Club.

“It’s a natural thing for all of us to want to compete, fight and defend,” asserts an insightful and energetic Blake Nolan, The Armoury’s strength and conditioning coach. “Boxing separates a safe, acceptable way to express and manage this primitive calling.”

Instincts aside though, there are other reasons people are drawn to institutions such as The Armoury. Unlike certain fitness establishments where boasting designer sportswear is as important as breaking a sweat (ahem, Virgin Active), at no-nonsense boxing clubs like this one, the emphasis is on authenticity, egos are left at the door, and a welcoming sense of camaraderie prevails. Here, it’s not about bravado or brutality; it’s about the real challenge of mastering a multi-dimensional art and the satisfaction of reaping many rewards in the process.

Tip: In an effort to cater to everyone, The Armoury also offers ladies-only classes for those women who prefer to train separately from the men, as well as kids’ classes for little ones itching to hop on the boxing bandwagon.

Powerful women get in the ring to raise funds and empower other women at Warrior WomXn boxing event.

Have you heard about the hottest new workout at Drenched heated boxing gym?

For information on where to watch Mcgregor vs Mayweather click here.

Dinner by the fire, fondues, cognac with chocolate or stay over (1 kid stays ... 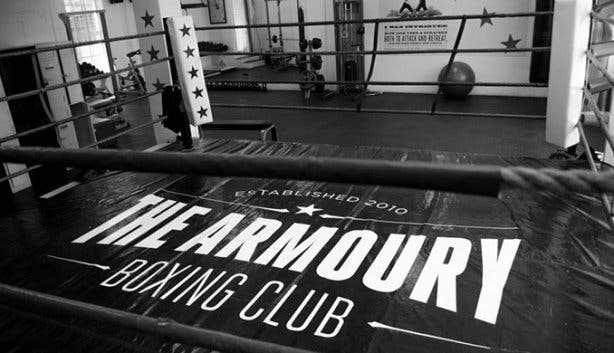 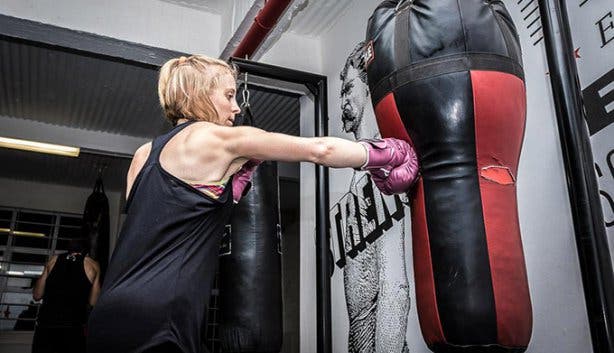 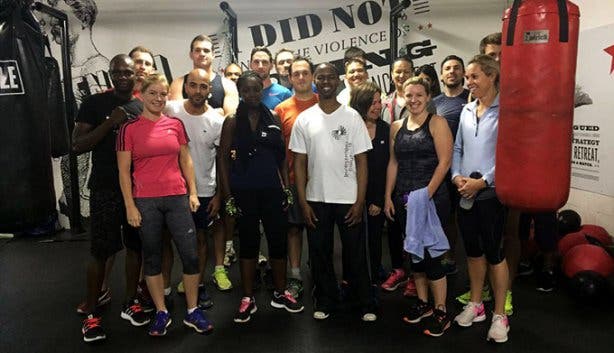 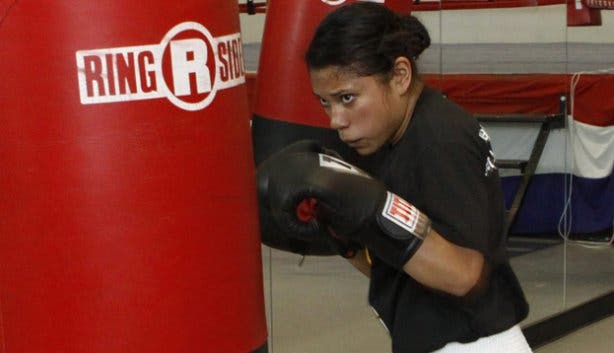 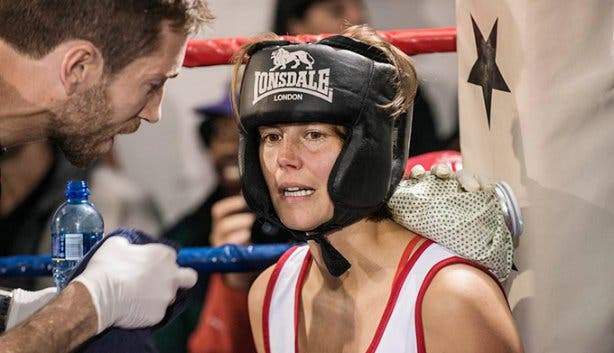 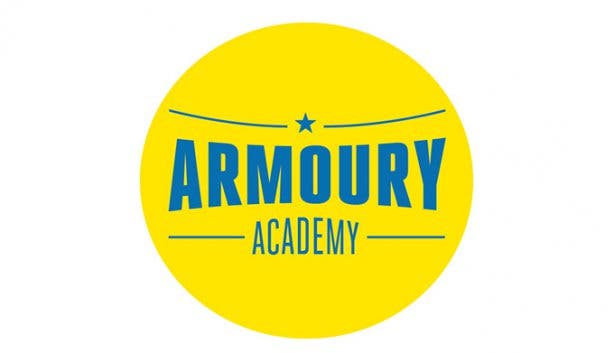 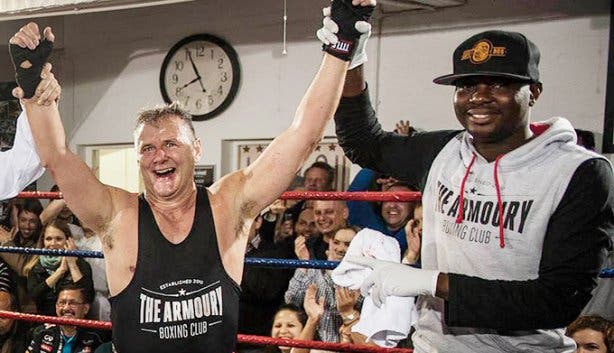 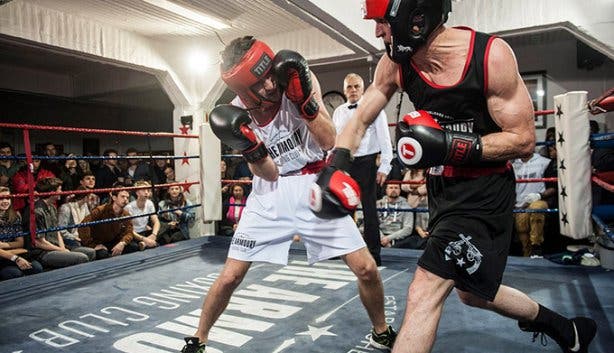