Relive our greatest sporting moments, from the 1995 Rugby World Cup to the Rio Olympics

While we wait for our favourite teams to grace our TV screens again, get your sports fix and reminisce about our country’s most famous victories, from the cricket pitch to the rugby field, that made us proud to be South African. 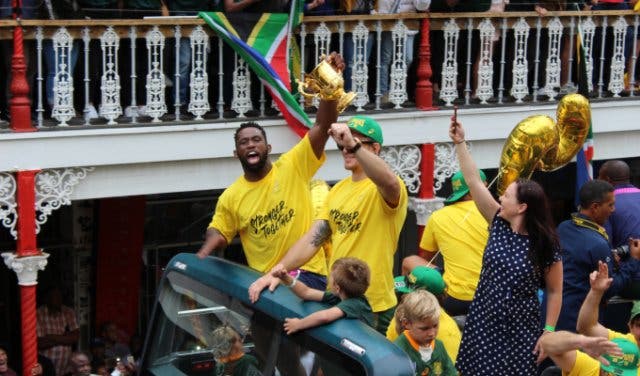 GO BEHIND THE SCENES OF THE 2019 RUGBY WORLD CUP
We lined the streets last year to celebrate the Springboks Rugby World Cup victory over England. Now we can take a peek at the journey leading up to the final as well as the moments in between with SuperSport’s six-part documentary, “Chasing the Sun”, which is planned to launch in August.

REWIND TO THE 1995 RUGBY WORLD CUP
The 1995 Rugby World Cup was the first major sporting event to take place in South Africa following the end of apartheid. Hundreds of thousands of South Africans went into a joyous frenzy as Joel Stransky landed the winning drop kick against the All Blacks at Ellis Park. An image that will be forever etched into our minds will be the moment President Nelson Mandela handed the Webb Ellis trophy to captain Francois Pienaar.

THE 438 GAME IN 2006
In 2011, fans from around the world voted this match as the greatest ODI ever. In the 5th ODI at the Wanders, Australia posted a record-setting score of 434-4 from their 50 overs. No one thought the Proteas stood a chance, but Graham Smith’s 90 off 55 balls and Herschelle Gibbs’ incredible 175 off 111 balls guided SA to a spectacular victory.

BAFANA WINS THE 1996 AFRICAN CUP OF NATIONS
South Africa hosted the Africa Cup of Nations in 1996 and went up against Tunisia in the final at the FNB Stadium in Johannesburg. Second-half substitute Mark Williams scored a brace to hand the victory to Bafana Bafana. Just like the Rugby World Cup a year earlier, Madiba was there to present the trophy to Neil Tovey.

And who can forget his father Bert’s memorable interview after the race.

South Africa will help put the first woman on the moon.

There is a lot to keep you busy this weekend.

Here are some tips from an expert to help you master working from home. 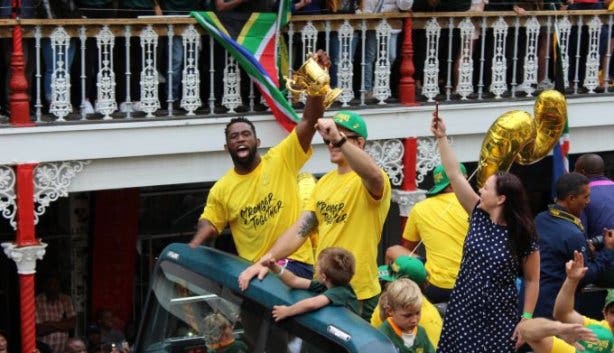