Pursuit of a dream

I am Tresor Ilunga Mukuna, a young African film maker, with a great passion for film making and the dream of changing the world by telling stories through films and awareness documentaries.

I was born in  Lubumbashi, DR Congo, as one of seven children and grew up in the capital Kinshasa, but I always refer to myself as a 'member of the human being community' as I believe that everyone is equal and there should be no differences just because of your origin, nationality, religion or skin of your color.

I grew up with the natural talent of telling stories. I remember back in primary school, where my teacher would always first ask me to tell any story before starting his class to get all the students´ attention. And then after class, everyone wanted me to continue my interesting stories…

After completing high school end of 2007, I could not study film in Kinshasa as there is no film school of quality, but also because of the injustice that is happening in my home country. It is dangerous for film makers to express themselves, to tell stories about the truth and to be the voice of the voiceless. So I worked very hard to be able to travel all the way from DR Congo to South Africa despite lots of challenges.

When I arrived for the first time in South Africa as a refugee, I couldn’t speak and write proper English. I started teaching myself through reading newspapers, spending time in the library and working as a security guard in Durban. My dream of making films kept me always motivated and before I say I can´t, I always make sure, I have been trying and trying over again. I am really proud of myself as I believe that everything is possible if I put my mind to it!

I decided to move to Cape Town, where the opportunities of studying film in South Africa seemed the best. Even though I didn´t have the money yet to study, I was at least fortunate to be welcomed at my sister’s friend Willy who was living at Strand, which was still very far from Cape Town and still very far from my dream.

Here it was very difficult to find work and through this tough experience, it was also my first time to realize that I was black and the negative impact it had. The only thing I was enjoy doing after walking all day to find work, was spending time at the library reading books and doing internet research. Through my research, I found my father’s close friend, Mr Kalala Lusengu, a Congolese artist painter who has been living here for 10 years. They welcomed me in their home in Table view, a step closer to my dream of being in Cape Town to study film.

Through my challenging journey, this quote motivated and stimulated my mind:  “Don´t die with your music still in you!” (Dr. Wayne Dyer, American motivational speaker and author of the book “10 Secrets of Success and Inner Peace”). As this is all I am trying to do, sing the music I am listening in me and this is making films with a message!

When Mr Kalala Lusengu lost his house in Table View, I also lost my safe place to sleep. I had to go through another challenging experience of staying on the street for a few days, sleeping in a car of a Congolese pastor and spending a few nights in the toilette at Milnerton’s  public library and then even on the street – even though I was working as an extra in the Hollywood film “Lost Boys”, but only being paid months after as it´s normal as an extra in the film business.

During my journey of searching work in Blouberg Strand, I met Stephanus Van Niekerk who introduced me to a Christian Group where I then met my now spiritual mom, Elizabeth Robertson Campbell, and her husband James Campbell. After telling them my story and my dream, they decided to help me to assist me by giving me a safe and welcoming place to stay, where I lived for the whole year of 2010.

Elizabeth connected me with another agency for extras and signed me up for a workshop at 'Runaway', a small branch of Cape Town Film Commission, where I participated in a pre-production and production film process workshop. Through that workshop, I heard about Visual Impact and I decided to try to become an intern, it’s one of Africa´s largest broadcast and film equipment rental companies – which was a step closer to my dream of becoming a filmmaker. Here I could gain lots of experience in the rental department, assisting with camera work for broadcasting projects and get insights into the post-production process.

In Mai 2010, I was sponsored by Visual Impact to participate in their PA (production assistant) BOOTCAMP to be able to assist foreign crews during the Soccer World Cup. Unfortunately, hardly anyone of our workshop group did get work during the event.

In June 2010, I heard about the 'My Town' short film competition from the Cape Town Film Commission and that the good films will be selected for the Encounter Film-Festival. I could convince Marius Van Straaten, from Visual Impact, to support my idea and concept for a documentary about homeless people in Cape Town.

The concept of 'Cape Town - Mother City?' was inspired by Ryan Brown Dalton, and my girlfriend Dayana Dreke, who works in the NGO sector and my own experience of living on the street for a few days. I’m really sensitive to injustice, that’s my personality, so it was very painful to live on the streets. It’s very cold outside and it´s depressing to see other homeless people as they are really suffering. Through my own short experience, I understood what it means to be homeless and that there are just normal people like you and I with serious problems.

But before getting Visual Impact´s assistance with film equipment and the editing room for post-production, I needed to prepare a detailed film script with call sheets, and getting other interns on board to assist with camera work and editing to manage the whole production process. Through that challenging process of making my first documentary, I learned a lot about filmmaking, also through the team work with Nelson Ikeh, as the first cameraman and Meijer Janse Van Rensburg, who worked very hard on post-production as the first editor.

Instead of the planned two weeks for the 'My Town' short film competition, the film took us six months to complete and that is why I call it not just an intern film project but my 'school of filmmaking'. In February 2011, we had a successful premiere at Idasa´s Cape Town Democracy Centre with the support of Visual Impact. Three other screenings followed first at YWAM (Youth With A Mission) University in Worcester, secondly with Social Sciences student at the Institute for Social Development (ISD) of the UWC (University of Western Cape) and our 3rd screening took finally place at the LABIA cinema on Orange in Cape Town.

I am very excited and proud, that the documentary has been selected at the Global Community Film Festival in Toronto, Canada, where the film was screened on 25th of September 2011.

My next big step closer to my dream is now to study filmmaking, but I still don’t have the money as education in Africa is so expensive. And as a foreigner and refugee here in South Africa, it’s very hard for me to get a job or to get scholarships as it´s mainly for South Africans. But I am still confident that I will make it! And what I have learned while spending time with homeless is how to appreciate life so much more!

Get out of the city for breakfast or ...

This hidden playpark is home to Cape ...

Paradise Park in Newlands is the backyard you wish you had

Fine dining in your slops 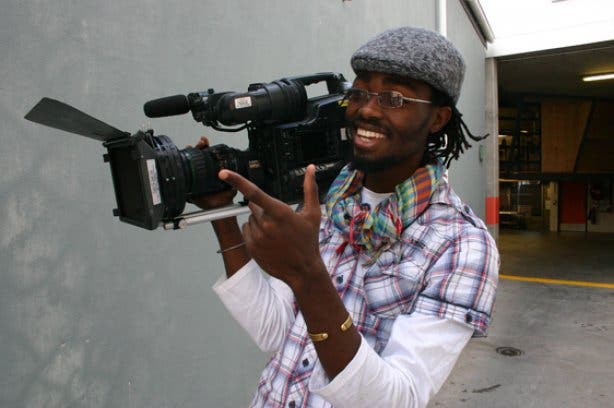 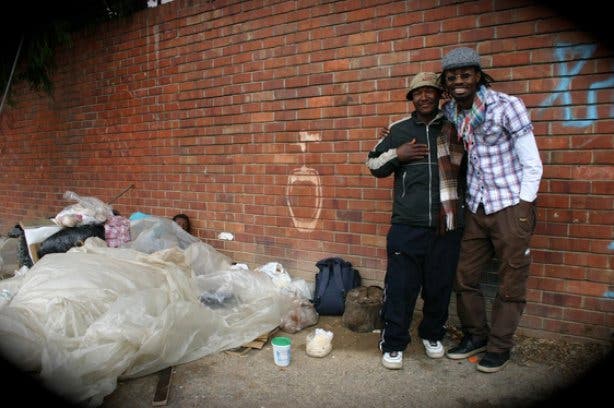