Hollywood actor Morgan Freeman and a group of 20 celebrity motorcyclists stopped off at a community health centre in Khayelitsha on 18 July 2010 to erect a 35m fence shortly before completing a five-day ride from Johannesburg to the city in celebration of Nelson Mandela Day.

Freeman and the bikers were met at the Aids Response Centre by Premier Helen Zille and Cape Town Mayor Dan Plato who chipped in to help the actor to bolt fence poles to create the new steel fence.

Science and Technology Minister Naledi Pandor was also there to welcome the group, which left Johannesburg on July 13 and stopped on the way at various towns to devote at least 67 minutes for Mandela to work on community projects in each region.

Wearing a corduroy jacket, Aviator sunglasses and a peak cap, a beaming Freeman, who accompanied the riders in one of eight support cars during the five-day ride down from Johannesburg, said any community could get together and do something to improve the lives of ordinary South Africans.

The actor who starred in the 2009 film Invictus, which told the story of how Mandela used the 1995 Rugby World Cup to unite South Africans, said he hoped that Madiba’s dream for a new and just South Africa would be fully realised.

“We’re trying to head for a world where there’s peace and where we can teach our children about integrity of this vision,” said Freeman, who returns to the US on Tuesday.

A visibly perspiring Zille, wearing arm warmers depicting the South African flag, said she hoped South Africans would use the day to reflect on the example of the former president’s life held for others.

The centre, which is run as a joint initiative by Aids Response, a non-governmental organisation which supports community care workers, and the South African Christian Leadership Assembly (Sacla) was badly vandalised last year – stripped of everything from taps to doors and windows.

For one of the bikers, radio personality Jeremy Mansfield it was the first time he had ever built a fence.

“It’s been one hell of a journey, but we’ve enjoyed it – the entire trip – it was a wonderful bunch of people and we’ve had a wonderful jol doing it, and no we’re not happy it’s over. We’re getting to a stage where we are going, ‘aah what are we going to do tomorrow’,” said Mansfield.

Clad in his biker leathers, actor Jack Devnarain, who plays Rajesh in the hit SABC3 soap opera Isidingo, was also part of the group.

He said on the way down to Cape Town the group rode through gusting winds and even snow.

“Yes it was cold, but we were there serving a purpose,” said Devnarain, who added that on the way down the group had stopped to help out at orphanges, places of safety and the Society for the Prevention of Cruelty to Animals (SPCA).

“I’m left with a sense that there is so much more to be done,” said Devnarain.

Sacla general manager Thoko Mtulu said the Khayelitsha centre helped to co-ordinate about 80 care-givers who each regularly attended to about 10 community members, some living with HIV/Aids and others who suffered from a range of illnesses – including high blood pressure, diabetes and tuberculosis.

“I just say praise the Lord,” said Mtulu, who added that the Nelson Mandela Foundation and Aids Response were instrumental in arranging for the bikers to help construct the fence.

For your monthly update on what’s happening in Cape Town and to make sure you get to read our one minute interview with Morgan Freeman, subscribe to our popular Editor's Picks Newsletter. 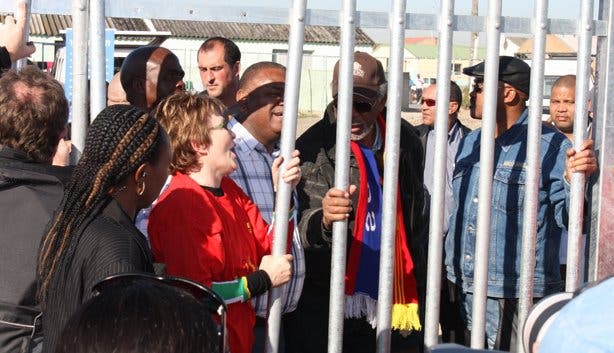 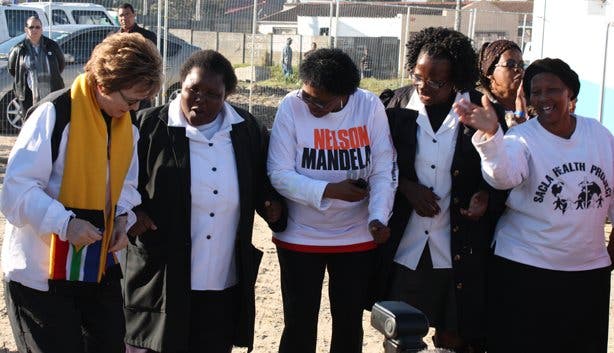 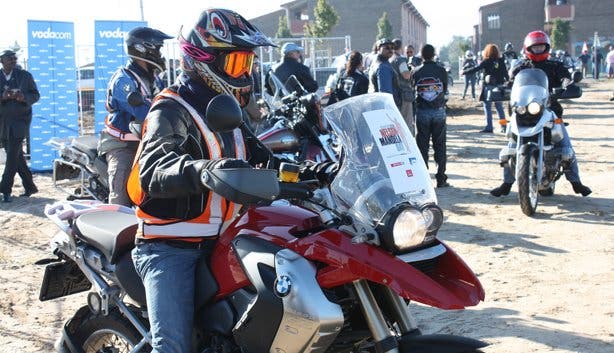 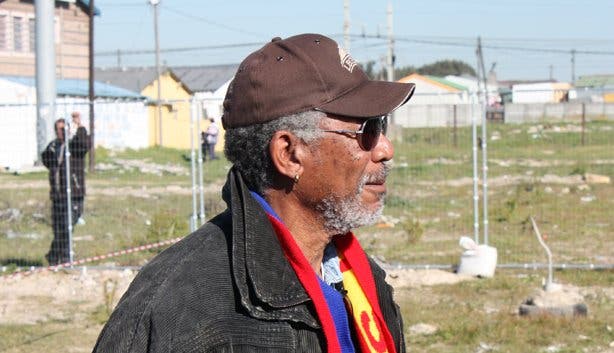