Finding a desired item for a meagre R20 at one of the Mother City’s many artisan fairs – or anywhere else these days, for that matter – is a near impossible feat. Nonetheless, I was tasked with just that: take a twenty, head down to Cape Town’s sprawling Milnerton Flea Market and pick up something spectacular. For someone who’d rather ride white elephants than search for them (pre-owned bits and pieces typically sold at church or garage sales), the challenge seemed almost unattainable; much to my surprise, though, when I arrive at the outdoor bazaar one balmy Saturday morning, I discover a cornucopia of choices.

Established over two decades ago in Milnerton (it moved more recently to Paarden Eiland), this lively open-air trading space, which populates an extensive stretch of land straddled by Marine Drive on one side and the cool Atlantic Ocean on the other, is not only one of the city’s largest, oldest and most iconic informal fairs, but a veritable Disneyland for deal seekers, a heaven for irredeemable hoarders. Aside from a gaggle of somewhat arbitrary, discounted household utensils and foodstuffs (think cheap batteries, wall plugs and Kellogg’s Corn Flakes packets), the kid- and canine-friendly souk’s key specialities are inexpensive second-hand goods, dusty old odds and ends, discarded bric-a-brac and antique collectables. Weekend after weekend, the almost interminable lines of temporary stands (there are over 250) are littered with an endless assortment of what some may deem treasure amidst a vast array of what many would consider trash.

And it would seem that it is, in part, the thrill of sifting through the clutter and seeking out that one rare hidden gem, that irresistible bargain find, that keeps the throngs of market-goers – a mix of serious collectors, incurable magpies, nostalgic Afrikaans elderlies, deal-hungry artisans and curious tourists– coming back religiously several times a month.

“I just love old things with lots of character,” proclaims one avid buyer as she caresses her new purchase, an ornate floral Victorian vase I had my eye on only moments earlier. “You have to really look to find the good stuff, but every now and then, you’ll pick up something very valuable.” It’s clear from the chatty Russian owner’s vigour and enthusiasm, and from the general vibrancy of the bazaar, that for many traders here – from the irregular casuals to the committed permanents – this is more than just a matter of making money; it’s a hobby, a passion, a social pursuit.

“This market isn’t just a place to sell goods,” explains the seasoned antique dealer who, for almost 20 years, has been devotedly sourcing priceless pieces from auctions and garage sales, and who, for some questionable reason, refuses to pulge his name. “It’s like a club, like a family; everyone knows their neighbours.” Nearing the end of my loop and somewhat worn out from the visual overload, I stop and sit for some respite near one of the fair’s several food stalls – trailer-like stands that sell anything from waffles, pies and spring rolls to croissants, coffee (instant no doubt) and curry mince – and nibble on a sugary pancake. It’s from this resting place that I finally spot my must-have piece.

Across the bustling path dotted with intent bargain hunters and bric-a-brac gathers, amongst laboratory flasks and oddly-shaped mugs sits, glistening in the midday sun, a pretty cut-glass decanter marked with a stick-on price tag declaring its value: R25.

“Can I have it for twenty?” I ask the veteran vendor manning the booth, motioning to my desired find and trying my hand at a little haggling, a practice that’s as common at a market like this one as grandmas’ adored white elephants.

“It’s yours,” he grunts, already wrapping it up tightly for me in old newspaper and a thin blue plastic packet.

And just like that, in a city where neither sweets nor cigarettes go for such a ‘pittance’ anymore, I trundle away to the adjacent parking lot with my little treasure in tow, bank balance still more or less intact.

Tip: Be sure to arrive at the Milnerton Flea Market early as most of the best bargains are had before 10am (a time when most Capetonians are only starting to wipe slumber from their eyelids); also, go on a Saturday rather than a Sunday to benefit from new stock before the weekend crowds roll in.

Free yoga and acroyoga at the launch of Yogagarden in Cape Town.

Looking for fairs located a little more centrally? Have a gander at our overview of markets in Cape Town’s City Bowl.

Teens can pick up the exciting skill of photography with this Photography Boot Camp for teens.

A Leisurely Walk to The Oldest Pinotage ...

Hear interesting stories from the owner, taste wine, and tuck into a cheese luncheon

Challenge Yourself Or Run For Fun Along ...

4X4: The Number Of The Beast 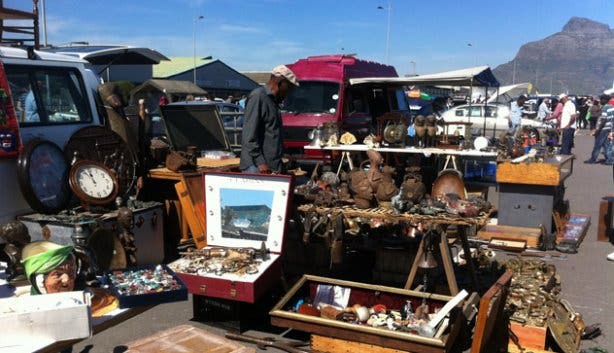 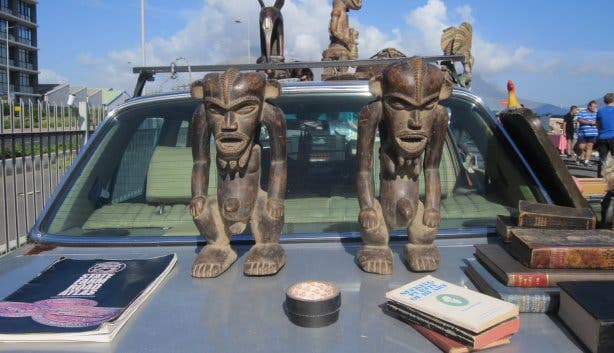 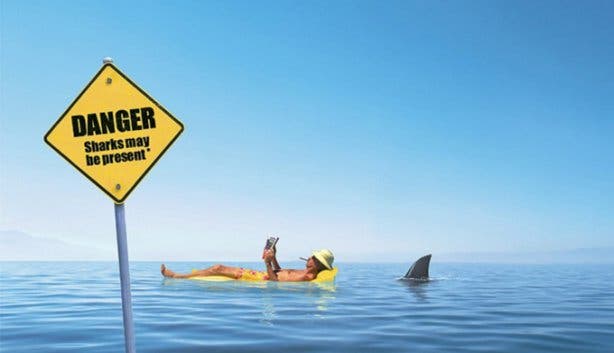 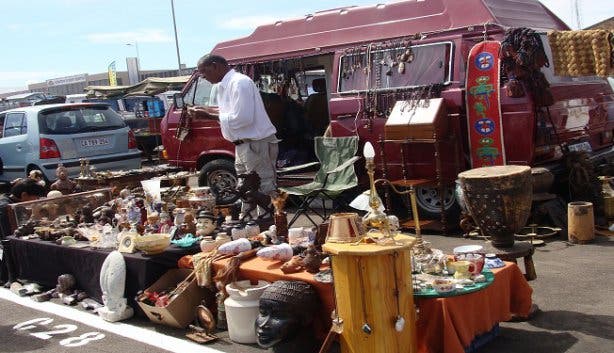