Melkkos (milk food) is one of those South African heritage dishes that conjures up memories of family dinners ‘round the kitchen table and the sweetness of childhood. The recipe for the traditionally Afrikaans creamy, milky, cinnamonny concoction is often passed down from a long line of grandparents and parents, and such was the case with Landbouweekblad editor Arina du Plessis’s method. 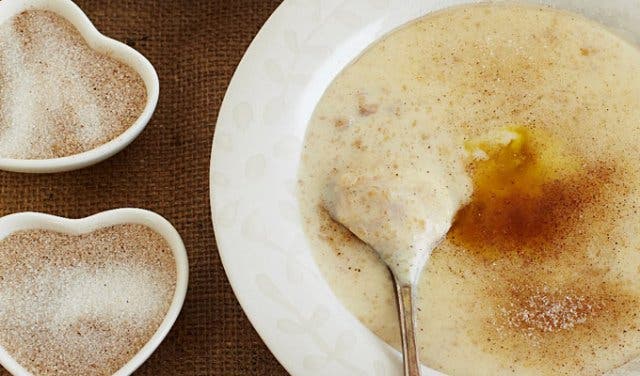 She grew up eating both her grandmother and mother’s melksnysels (noodles boiled in milk) and melkkos, the latter of which she took more of a liking to thanks to weekly doses at her boarding school, and below she’s shared her take on the once-a-week favourite.

Combine the milk, cinnamon stick, cardamom pods and sugar in a medium pot and heat slowly to boiling point. While the milk mixture is being heated, mix the flour and salt and rub the butter in the dry mixture until it resembles breadcrumbs. Remove the cinnamon stick and cardamom pods from the milk mixture. Sprinkle the crumbed mixture into the boiling milk and simmer for 8 minutes, while stirring with a whisk. Remove from heat and serve immediately.

Serve the melkkos with a knob of butter and a sprinkle of cinnamon sugar on top. And as Arina advises, spoon it up on cold winter evenings while you’re curled up on a sofa or in front of a crackling fire. 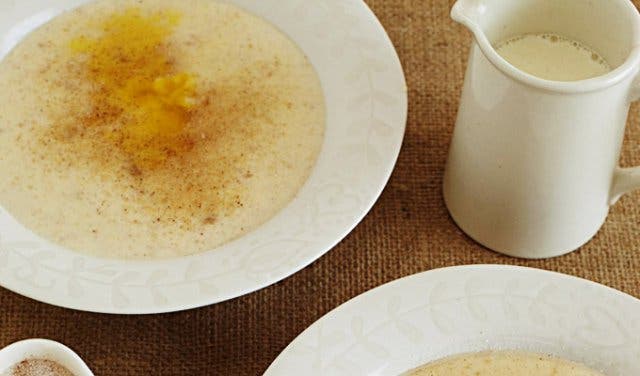 Also, don’t forget to subscribe to our newsletter, and if you have a smartphone, add m.capetownmagazine.com to your home screen for quick access on the go!