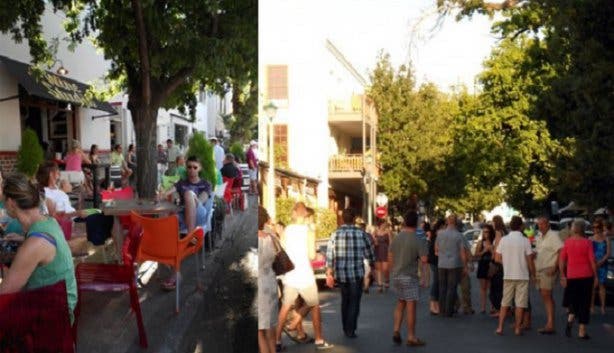 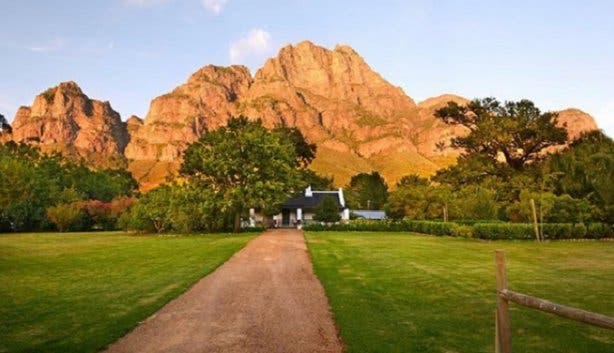 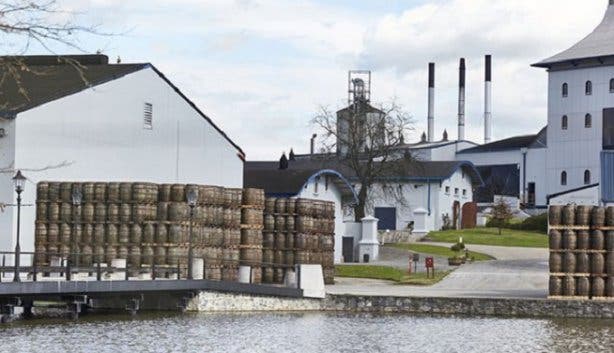 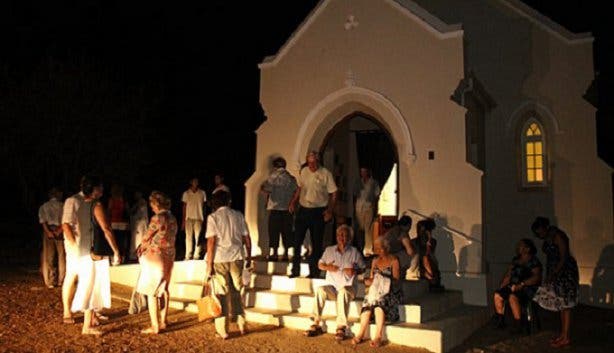 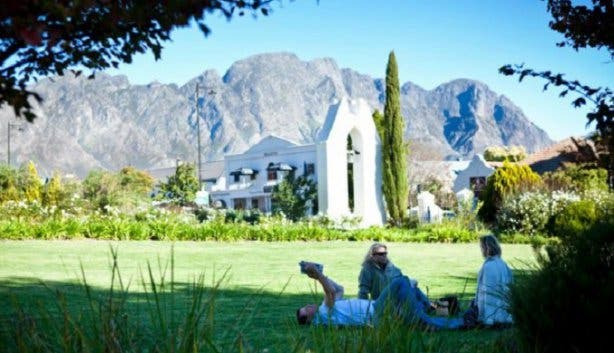 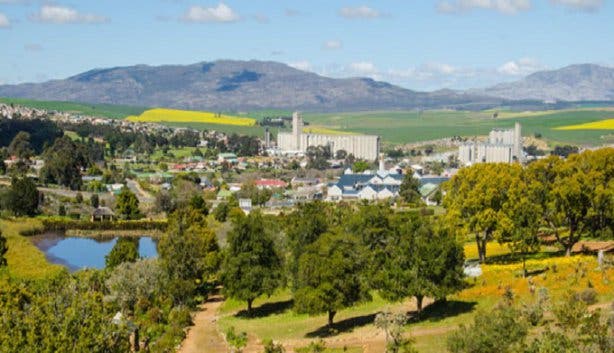 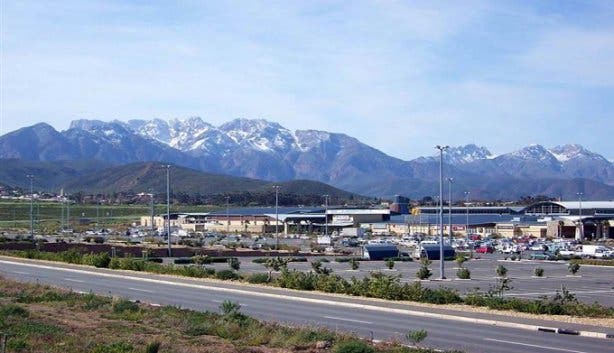 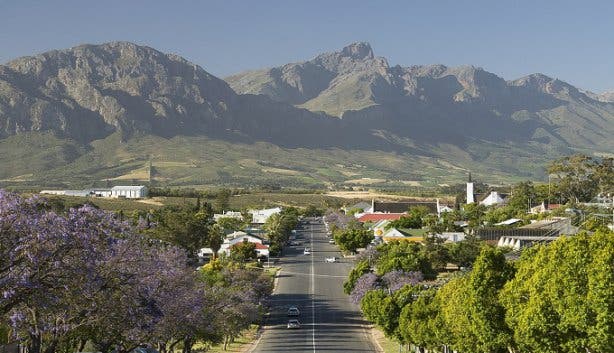 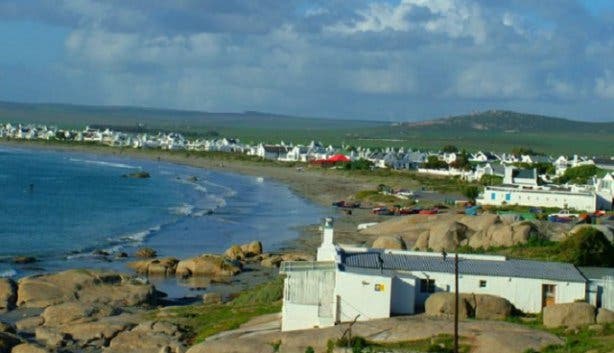 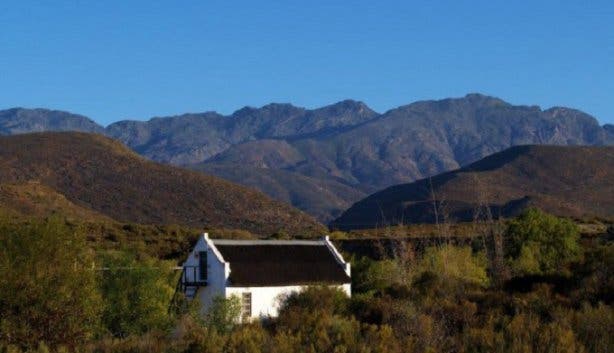 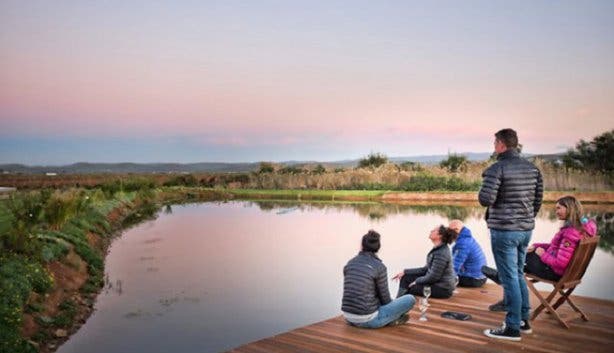 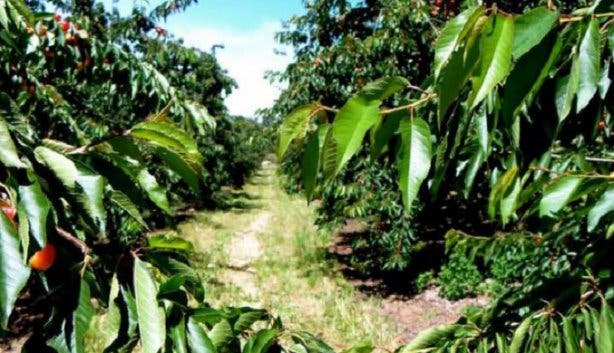 Buckle up and get ready for a trip of a lifetime this summer!

Tiny towns and quiet dorpies are a common feature unique to the backwoods of South Africa, and have played vital roles in our culture and history. These small towns are more serene and tranquil than the buzzing metropolises and cities, and offer relaxing getaways for eager travellers looking to explore more of our beautiful country.

With that in mind - the school holidays are here and it's almost time for companies to close for a long deserved holiday. December is known as the festive migration period which leaves many of our roads packed. What better way to kick off this festive season than with a road trip to places that are not too far from Cape Town. We have made up a list of quaint 'dorpies' near to the Mother City that are only a one- or two-hour drive away - helping you save petrol while having a memorable vacation.

The list goes according to distance from Cape Town to help you make a choice on how far you're willing to travel this summer.

Stellenbosch
Want to know where all Maties reside? Then take a sho’t left into one of South Africa’s most popular student towns – Stellenbosch. This little town is encircled by the Cape Winelands and the most picturesque nature reserves of Jonkershoek and Simonsberg. Stellies (known by many) is packed with a lot of things to do as the various oak-shaded streets in this area are lined with unique cafés, boutiques and art galleries. The Cape Dutch architecture may give off a whiff of South Africa’s colonial history which is evident in the  Village period houses and gardens. What’s more is that this little settlement is only 20-minutes from the Mother City! 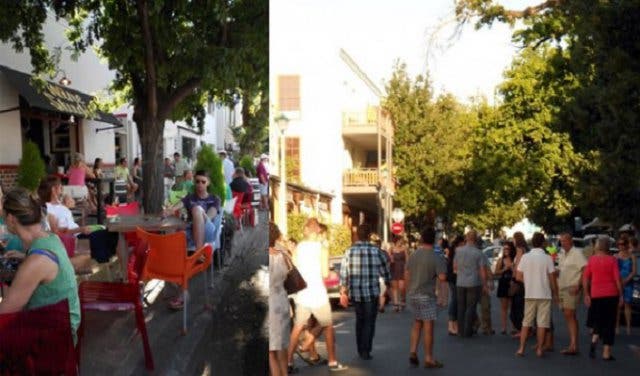 Pniel
Pniel is located in the Cape Winelands District Municipality. The town’s name originates from the bible – Genesis 32 verse 30 to be exact – referring directly to the place where Jacob wrestled with God; also meaning ‘face of God’. The town is home to the Dutch Reformed mission station situated just between Stellenbosch and Franschhoek which was established in the year 1843. 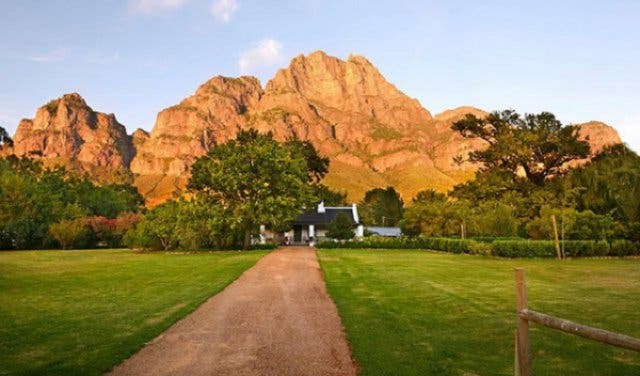 Wellington
Only a 42-minute drive from Cape Town, nestled in the Cape Winelands is an area called Wellington, home to an estimated population of 62 000 residents. Agriculture is a major contributor to the town’s economy with wine, broad-leaved fruits and its brandy industry as its key contributors. The town is also home to the James Sedgwick Distillery – which is now open to the public for tours and whiskey pairings. 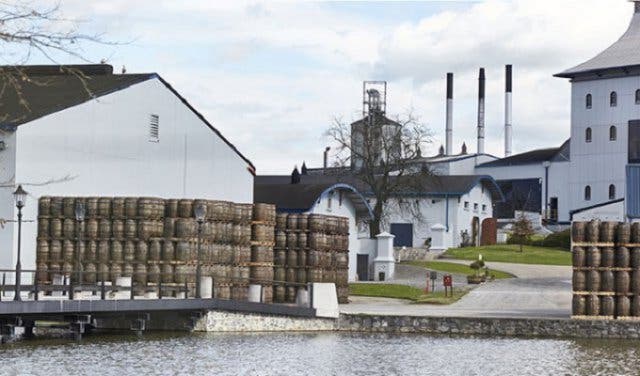 Darling
This little treasure (as the name suggests) is located on a farming area on the West Coast. If you are a lover of the arts then Darling is most definitely a place you need to visit. Renowned local satirist and actor Pieter Dirk-Uys performs the majority of his shows as Evita Bezuidenhout at Evita se Perron – a cabaret joint and restaurant in Darling. The town also launched the Darling Music Experience in 2006, which is aimed at organising small concerts in an informal setting for lovers of both classical and popular music. A young up and coming local composer is commissioned to write a piece especially for the festival every year. 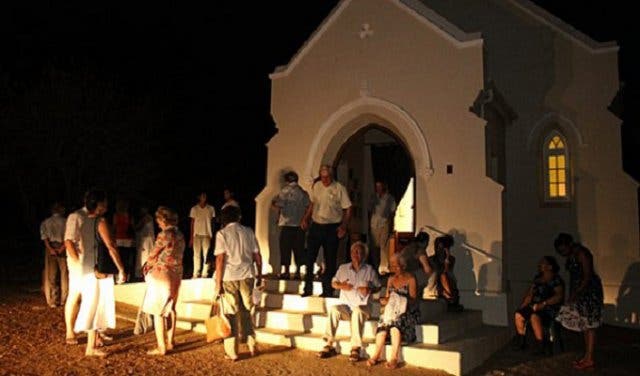 Franschhoek
This little town is home to vineyards that are centuries old and also hosts buildings and architecture of the Cape Dutch. Directly translated to ‘French Corner’ in Afrikaans - the Huguenot Memorial Museum and adjacent monument honours the town’s French settlers who arrived in the 17th and 18th centuries, which is where the areas name originated. The town is also home to the Haute Cabrière Wine Estate where you can sample, share and enjoy award-winning Merlots and Pinotages. Being 75-km from the Cape Town CBD - this makes for an easily accessible and scenic drive from the Mother City centre. 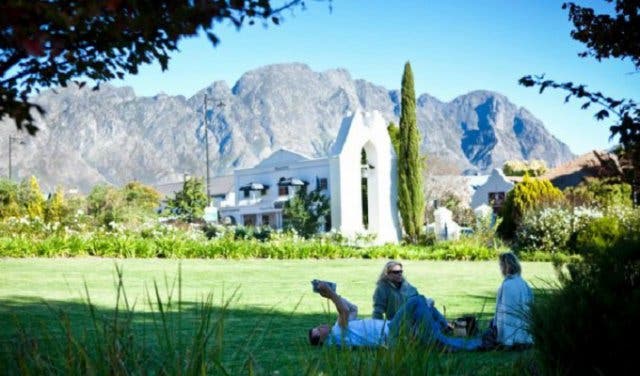 Caledon
Initially known as ‘Bad agter de Berg’ (Bath Behind the Mountain) around the 17th century, situated in the Overberg region of the Western Cape Province and located right next to mineral-rich hot springs is a “dorpie” called Caledon. It is a primarily agricultural region. The town is well known for its Caledon Spa and Casino, its rolling hills and its blossoming yellow canola fields in Spring. Prepare yourself for warm and dry weather as the town is also well known for its Mediterranean climate during summer. 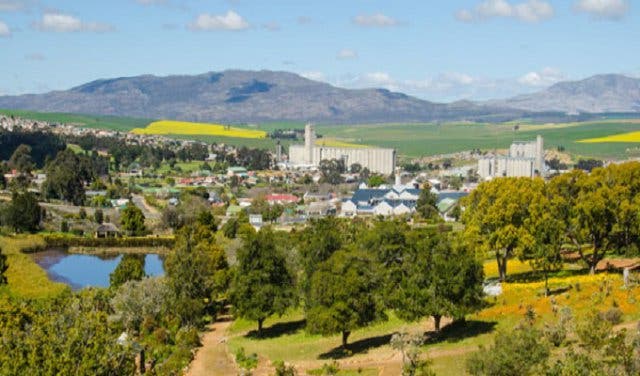 Worcester
Worcester is the largest town in the Western Cape region and serves as the administrative capital of the Breede Valley Local Municipality. It is also the regional headquarters for most of the central and provincial government departments. This little town also serves as the hub of the Western Cape‘s interior commercial, distribution and retail activity, which includes a shopping mall, a well-developed CBD (central business district) and infrastructure. Not bad for a little town right. 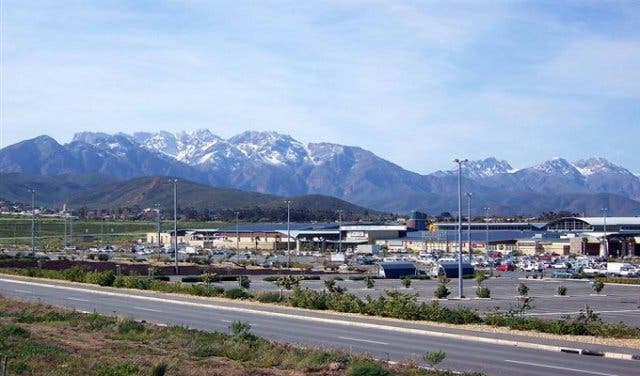 Tulbagh
Located in the Cape Winelands, this town was named after the Dutch Cape Colony Governor, Ryk Tulbagh and is situated in the “Land van Waveren” mountain basin, which is also known as the Tulbagh basin. The towns closest to this area are Ons Rust and Gouda, which is beyond the Nuwekloof Pass. 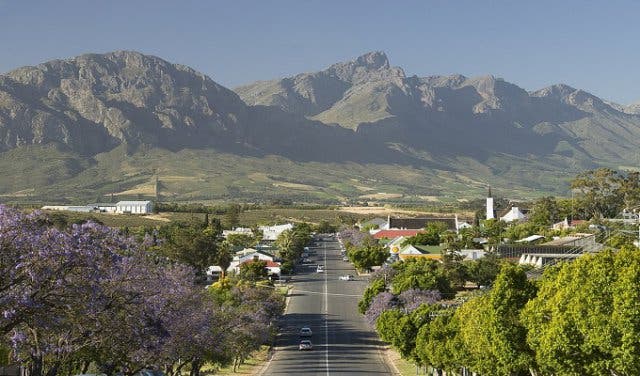 Paternoster
Consider yourself a fisherman/woman? Well then make your way to one of the oldest fishing villages on the West Coast, Paternoster. The town only covers an area of 194.8-hectares and has a population of approximately 1883 residents. The town is also home to a little piece of paradise, Zula Beach House and Cottage, for that ultimate seaside experience. Many people have various tales as to where the name of this little town might have originated from. These speculations include it coming from the Latin translation of “Our Father” to stories that it comes from St. Martin's Paternoster on an old map of Pierre Mortier, whilst others believe that it might be derived from the beads that the Khoi tribe wore, which was called Paternosters. The real meaning – guess we’ll never know. 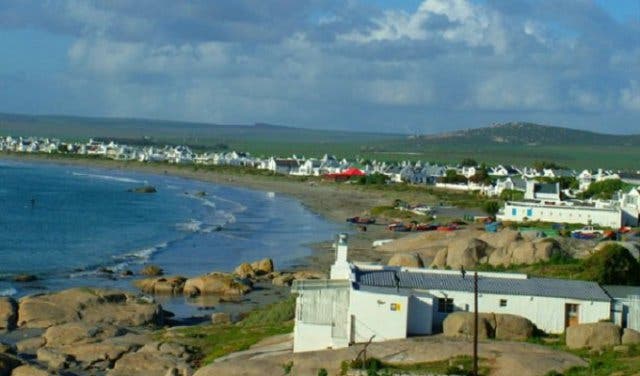 McGregor
This little village is located between the scenic mountains of the Western Cape in ward 5 of the Breede River Winelands Municipality. McGregor was established in 1861 and was initially known as Lady Grey. The town was renamed in 1905 after Rev. Andrew McGregor, who was the Dutch Reformed Church minister in the neighbouring Robertson District for 40 years. McGregor is part of the broader wine route of the Western Cape. 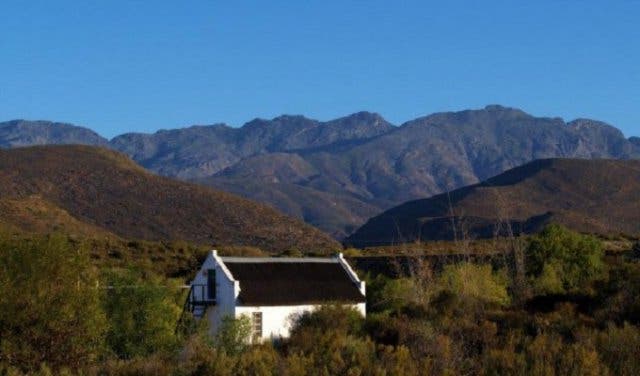 Robertson
Robertson was established in 1853 and gets its name from the Scottish Dutch Reformed Church Minister, Dr William Robertson. This little town is also known as the valley of wine and roses, lying at the heart of the wine route. The town became famous for its ostrich farming - today agriculture remains the centre of the town’s economy. 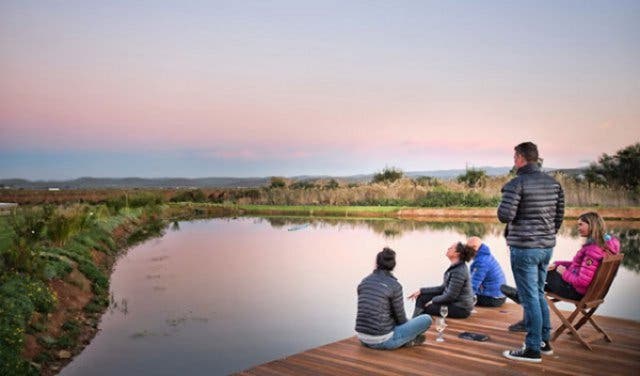 Ceres
This little town is the administrative centre and the largest town of the Witzenberg Local Municipality. It also serves as a regional centre for the surrounding areas. The name Ceres originates from the Roman Goddess of agriculture, Ceres, making it a perfect fit as the valley in which the town is located is exceedingly fertile and is a major producer of our country’s deciduous fruits. 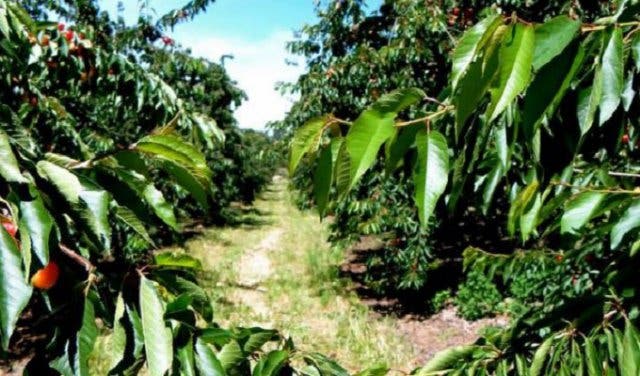 Ashton
The little town of Ashton is located in a luscious valley that’s well known for its great wines and juicy fruit. The town was established in 1897 on the Roodewal farm and received municipal status in January 1956. Ashton is at the foot of the Langeberg. The town is also home to one of the best Fruit-canning manufacturers in the Western Cape – Langeberg & Ashton Foods (Pty) Ltd. 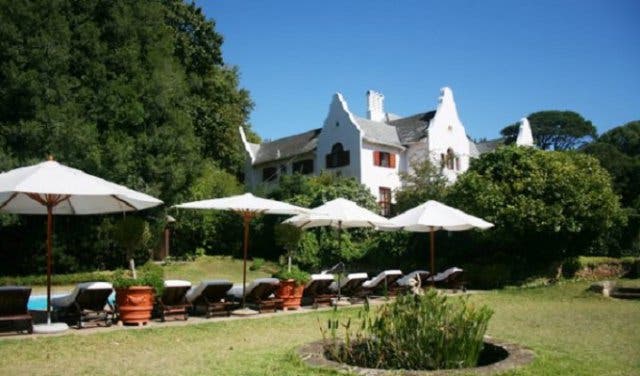 Montagu
Just 20-minutes from Ashton, you will find Montagu. Note that there are no Romeo and Juliet connections – the town rather gets its name from former secretary of the Cape Colony, John Montagu. Montagu was also known as Agter Cogman’s Kloof once, which was a reference to Cogman’s Kloof linking the town and railway station. The town is also home to the much adored Avalon Springs, making it the perfect spot to relax in their warm water pools. Various rock formations within near proximity makes the area one of the country’s major rock climbing destinations. 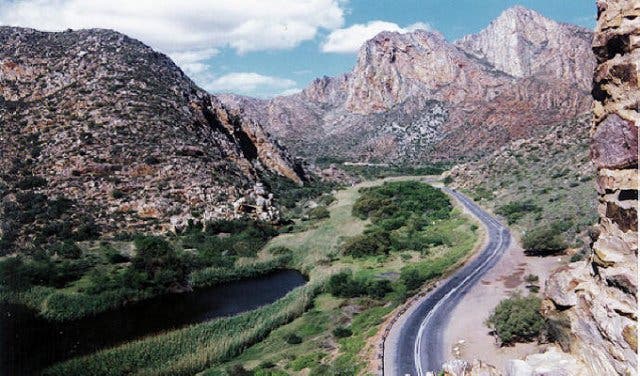 Clanwilliam
Clanwilliam is located in Olifants River Valley in the Western Cape, it is also situated in and at the seat of the Cederberg Local Municipality. The town has hosted the Clanwilliam Arts Festival since 2001. This festival is run by the Cape Town-based Magnet Theatre and offers an annual one-week arts festival for the youth, which includes workshops in fine arts, music, performance and many more. The town is the birthplace of ZP Theart, who is the former lead vocalist and founding member of the British heavy metal band, DragonForce. 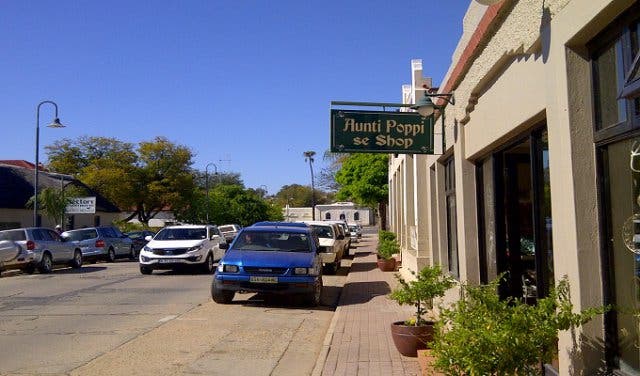 Kick off summer by visiting the Tesselaarsdal Annual Festival.

Experience one of the most popular spots on the Garden Route in sophisticated luxury and home-feel comfort at aha The Rex Hotel.

Want to know what it feels like to be a solo traveller? Check out Dudu Luthuli's feature on Travelling Alone in the Western Cape.

Looking for lodgings in this quaint Cape Winelands town? Here’s an overview of Accommodation in Stellenbosch.