The love locals have for Rick’s, now on Kloof, is deep and strong. Here’s why

For almost two decades there’s been an ongoing love affair between Capetonians and Rick’s Café Americain. A passionate love story now set in a 135-year old 3-storey Victorian building on Kloof Street filled with treasures based on the classic 1942 film Casablanca. There are a number of reasons to fall in love with this jewel of a restaurant, so we’ll limit it to 8, and if you haven’t been this could be the beginning of a beautiful friendship. 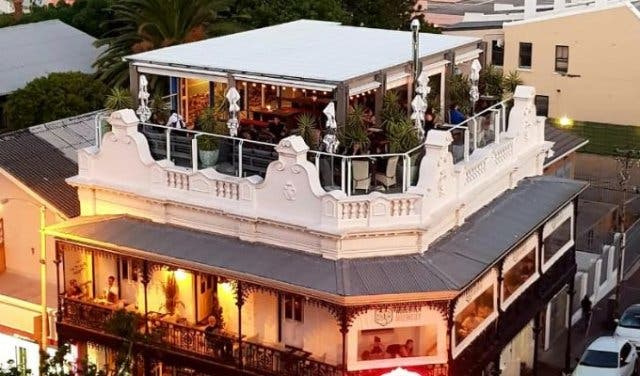 IT’S BEEN AROUND FOR ALMOST TWO DECADES

Rick’s Café opened in 2005 on Park Road, just off Kloof Street. It became one of Cape Town’s top drinking spots and a safe haven for work-weary locals. Its vibrant atmosphere and daily specials made it effortless to return to over and over again like it was a second home. In 2020 Rick’s relocated to a 3-storey building on Kloof Street, keeping the same energy and nuance within a more modern space. You’ll see the same regulars coming in and some new faces. 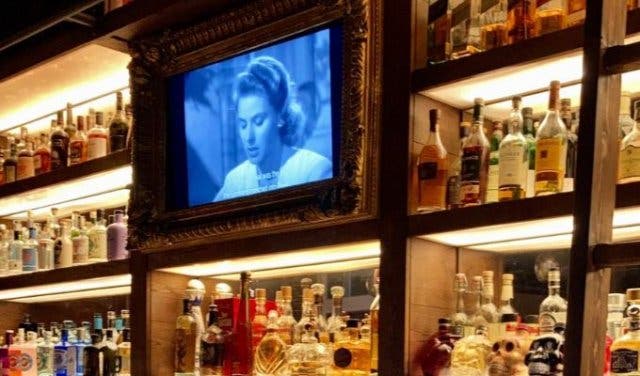 Walking into Rick's Café has the same feeling as walking into a friend’s home for dinner. Rick’s Café Americain

A DOSE OF CASABLANCA

Every corner of Rick’s Café is an ode to this Moroccan-based love affair. Owner Per Menkö has easily watched Casablanca more than 1000 times. “I would win the Guinness World Record for watching it the most times. It’s a beautiful movie.”

In case you don’t quite catch the Casablanca theme, the 1942’s black-and-white film, arguably one of the greatest love stories ever told, is screened in the lounge and bar, so you can catch the dashing lead Rick Blaine (Humphrey Bogart) whisper sweet nothings into Ilsa Lund’s (Ingrid Bergman) ears. 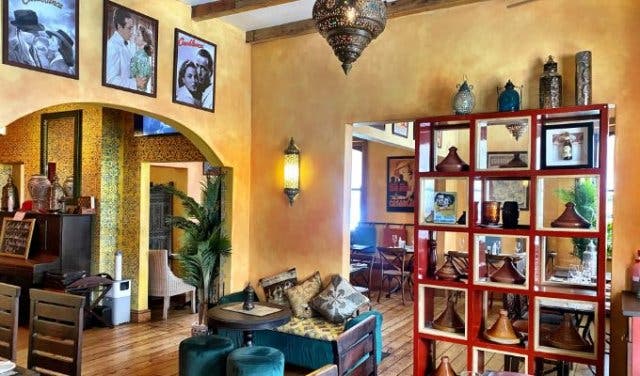 The name “Rick’s Café Americain” comes from the film itself, paying homage to the lead character Rick Blaine’s upscale nightclub. Fans of the film will appreciate the Casablanca posters and photographs on the wall, as well as the Fokker F-XVIII plane (as seen in the beginning of the film) hanging above the Aviation bar. 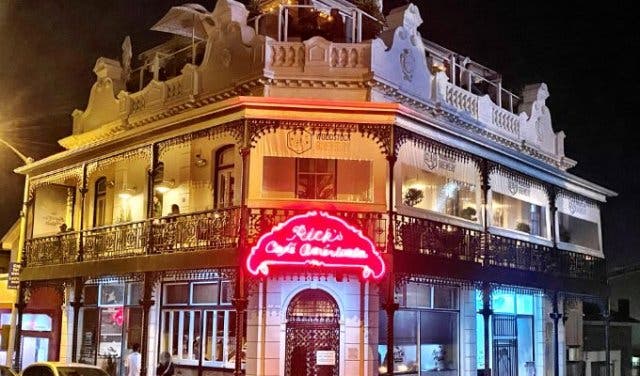 An old tequila machine, Moroccan-tiled stairs and giant Casablanca-themed post stamps greet you at the entrance. While you could get lost in the shimmering 25-lamp chandelier, the bar with more than 500 liquor bottles, including 100 tequilas and 100 local and imported gins, catches your eye. You’ll find special labels like Jose Cuervo Rolling Stones tour pick, bottled 1976, Woodford Reserve and Japanese whisky brands like Nikka and Kamiki.

And did we mention that there are more than 100 bottles of wine to choose from? The menu gives an in-depth explanation of each type of wine, the history of it and nose and taste profile, and serves a wide selection by the carafe. 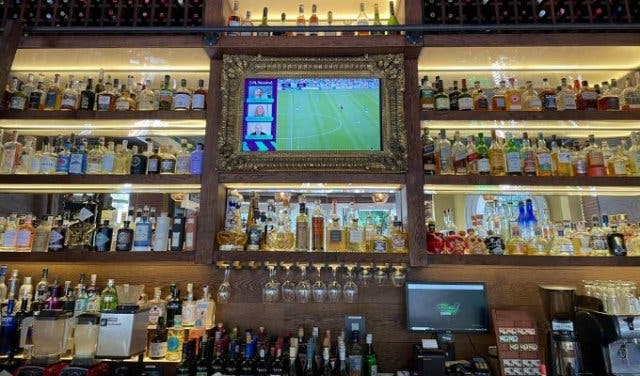 The drinks selection suits every drinker on any budget. Image: Simone Strydom

The luscious lounge and dining area mimics the look and feel of the original nightclub from the film, complete with ornamental lanterns, velvet couches with scatter pillows and archways leading to little nooks and dens. The dining area leads out to an intimate and romantic wrap-around balcony that takes in the Kloof Street life, with smaller intimate tables for lovers. 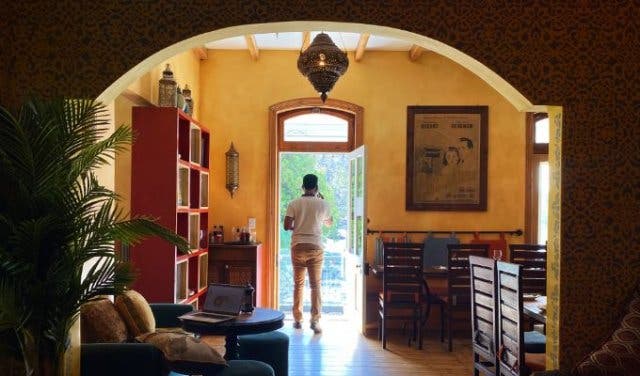 In keeping with the Moroccan spirit of the restaurant, there are a number of Moroccan dishes on the menu. Rick’s is famous for its tagine dishes. There are six to choose from, including lemon chicken, seafood and lentil and aubergine (vegetarian). The most popular, and recommended by Per himself, is the fragrant and rich lamb shank tagine with dried prunes, honey, cinnamon, roasted veggies and couscous.

Rick’s also has a wide variety of African and Mediterranean foods including smoked crocodile, along with pastas, belly-busting burgers and prime steaks (including an ostrich cut). 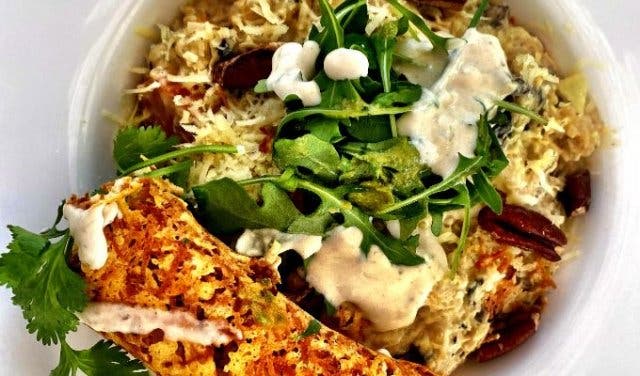 The menu is filled with good and interesting food for Capetonians to enjoy. Image: Rick’s Café Americain

The prime spot at Rick’s is the covered rooftop terrace overlooking Table Mountain. It’s abuzz with sun-soakers and cocktail drinkers, and in every nook there’s a luscious green plant. The small blue surfer’s bar in the corner serves drinks for all tastes.

PERFECT VENUE FOR A PARTY

What better place to have your “Here’s looking at you kid” moment than at Rick’s itself? Invite your crew to a birthday bash, bachelor/ette party or treat your team to old Hollywood glam, cocktails and global tapas. Rick’s can cater for up to 80 people cocktail-style or 60 people sit down. There are set menus you can choose from, varying in price, as well as snack platters. 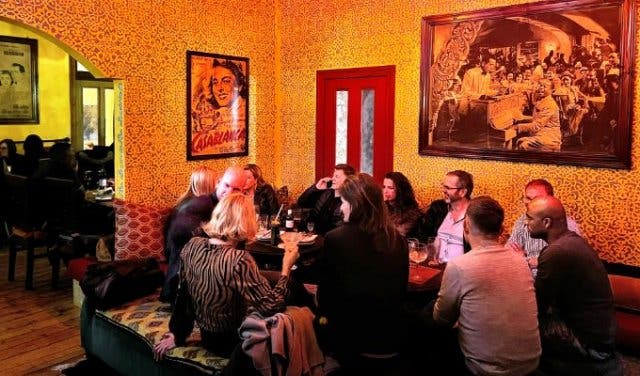 No matter which day you find yourself at Rick’s, there’s a special that will win your affection. Swing by on Mondays and get a free pint of Woodstock Brewery lager with every burger purchased or settle in on Sundays for a classic roast with lamb and veggies. Or pop in any day of the week and check out the daily specials.

Rick’s also has two happy hours daily, with discounted cocktails and tap beers from Woodstock Brewery. Regular happy hour kicks off at 3pm and ends at 6pm, perfect timing for after-work drinks, or meet your lover at midnight for Twilight Happy Hour (from 10pm to 12am). 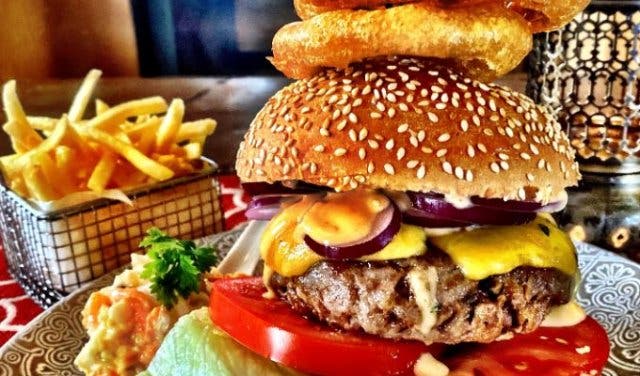 Rick’s is open every day, including Sundays and Mondays. Image: Rick’s Café Americain

Rick’s Cafe Americain is open: Monday to Sundays, 11am to 2am
Find it: Corner of 101 Kloof Street (next to the Checkers shopping centre) and Weltevreden Street, Gardens
Contact on: 021 822 1100, @rickscapetown, info@rickscafe.co.za, reservations@rickscafe.co.za

Check out the coolest rooftop bars in Cape Town.

This new rooftop lounge stays open till 2am.

Discover some of the most unique cocktail bars.

ON HOLD: Harald’s Bar & Terrace is where locals and tourists mingle

Find marine life, have a braai + sip on cocktails 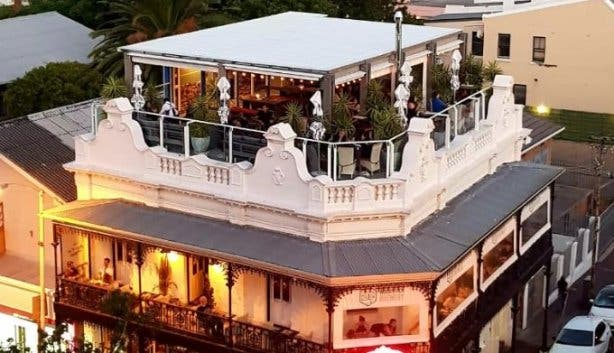 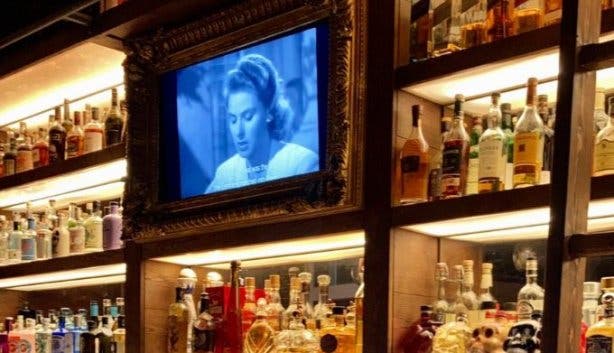 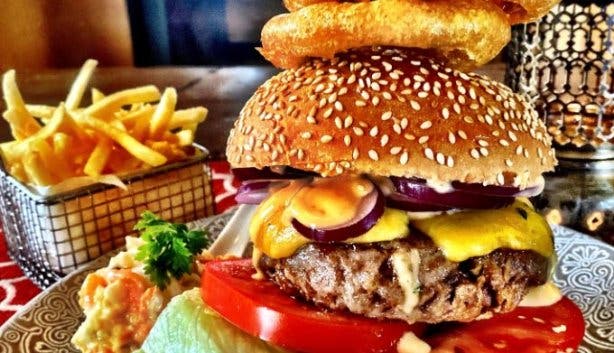 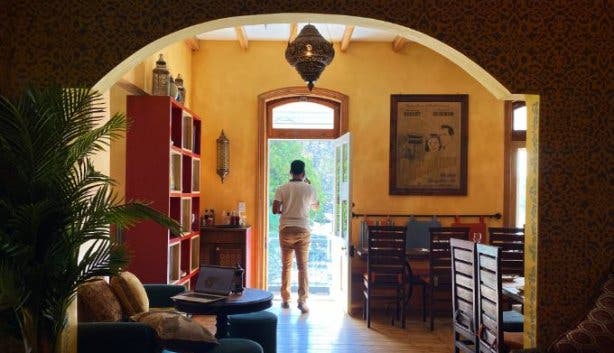 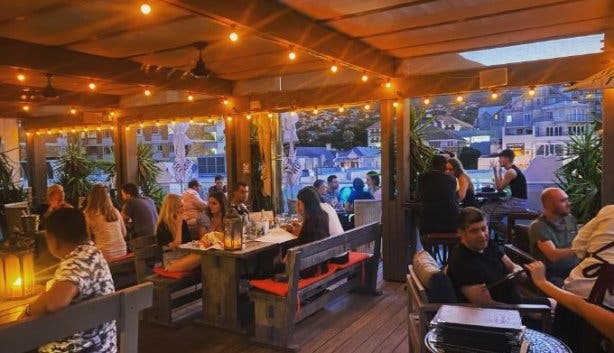 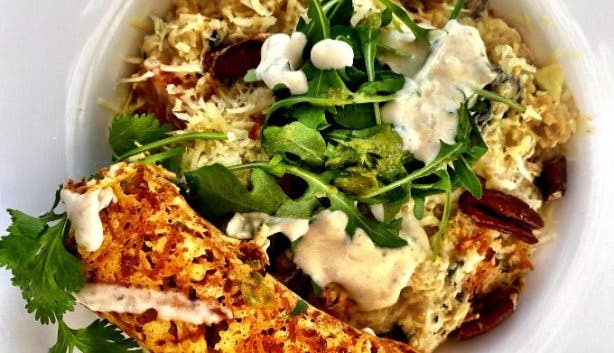 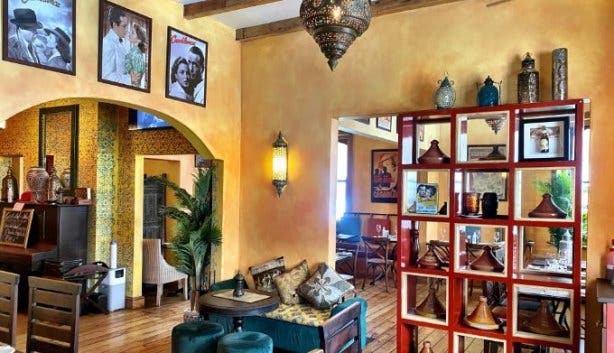 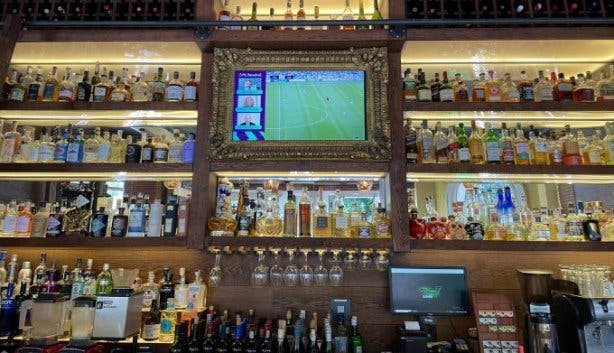 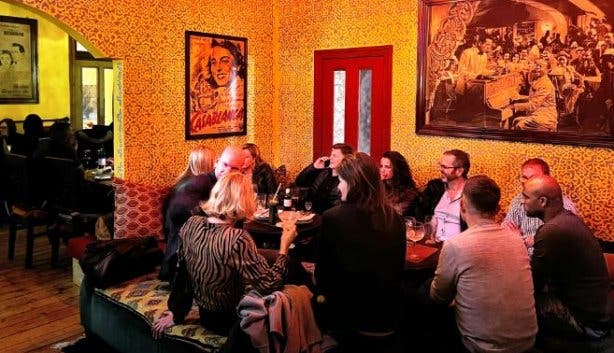 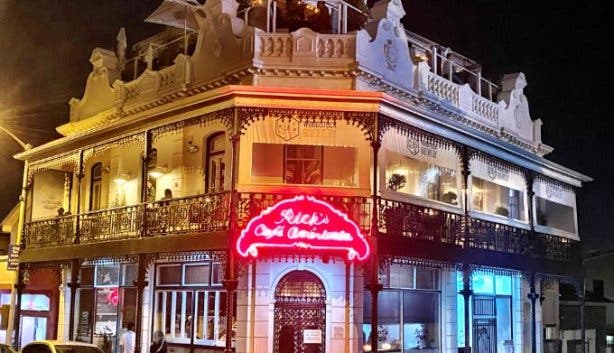