Will we see an F1 Grand Prix tear up the Mother City’s tarmac in the near future?

It happened back in 2013 and now it’s happening again: rumours that Formula 1 may be returning to South Africa are speeding along the grapevine faster than Sebastian Vettel in a Ferrari, and this time around it’s speculated that the chosen year will be 2016 and that the chosen location just might be our beloved city Cape Town’s Atlantic Seaboard.

Rumbles at the rumour mill began in mid-January 2015 on the back of statements made by Bernie Ecclestone, the head of the Formula One Group, who was quoted by the UK-based Press Association as saying that there is “a good chance” that the massive motorsport event will zoom onto Mzansi shores again in the near future. And reportedly, he’s got plenty of support from Anthony Hamilton, the father of 2008,2014 and 2015 F1 World Champion Lewis Hamilton, who’s been plotting and planning to bring a Grand Prix race to the Mother City for quite some time now.

Unfortunately, it looks highly unlikely that the global motorsport event will touch down on our shores this year. Ecclestone says that he hasn’t been presented with a solid proposal that has the necessary financial and administrative support from the government and private sector. "I think it’s really a case of someone getting behind this and saying, ‘we’re going to make it happen’ because unless somebody does that it will just bumble on like it is with a lot of interest, and when it really comes down to it nobody is really making the effort to do anything," he says. 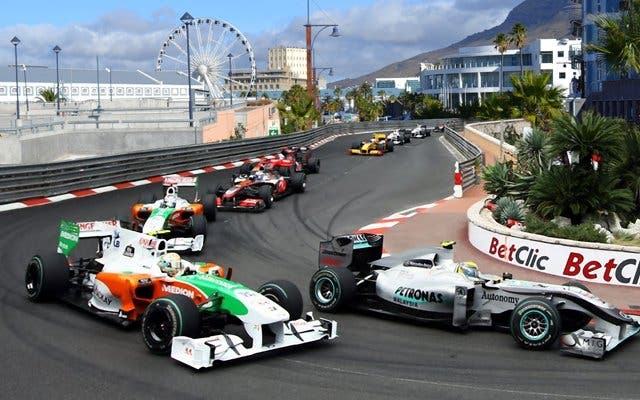 The last time South Africa hosted this prestigious contest was all the way back in 1993 at the Kyalami track in Johannesburg, but Cape Town has never had the privilege of being base to a race. Unfortunately, the 2013 proposal to run it here fell apart when the City claimed it wasn’t viable because of noise issues and the large cost involved in building infrastructure and organising an event of this magnitude.

Igshaan Amlay, the CEO of Cape Town Grand Prix South Africa, a company that was founded in 2007 with the sole aim of bringing Formula 1 to our pretty city, is hopeful that it’ll happen this time around but not all that confident that it’ll be within the next year. “It’s not likely, but it’s also not impossible,” he says. “If the powers that be come to the party, then there is a chance.”

At the moment, Africa is the only continent (with the exception of Antarctica) that isn’t part of the Grand Prix circuit, so if the race were to be brought here, it would only be appropriate that it found its home in the Mother City, which has already proven it’s capable of hosting a successful, large-scale global to-do in the form of the 2010 FIFA World Cup and is also internationally renowned for its breathtaking beauty.

“We see Cape Town as the African Riviera,” says Amlay. “It’s one of the top destinations in the world, so it’s fitting to host the Grand Prix here.” 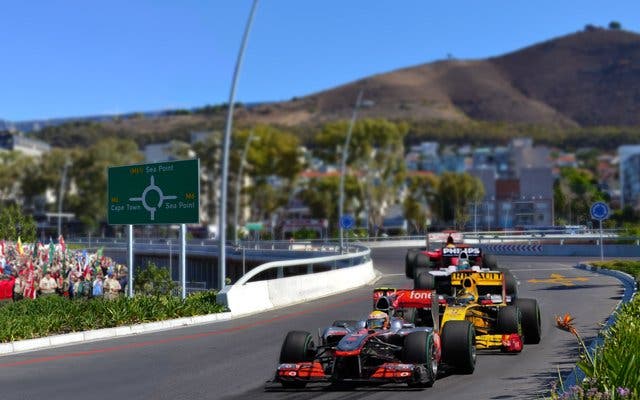 According to him, the proposed track would wind its way along the ocean-facing streets of Sea Point and Green Point and run right through the famed Cape Town Stadium, yielding background views that include Robben Island, Table Mountain, Lion’s Head, the rolling greens of a golf course and the tumbling waters of the Atlantic – in other words, it would likely be one of the most scenic routes on the planet.

What’s more, the benefits for the city are, apparently, enormous. A F1 event in our pretty metropolis would give the economy a major boost (auto racing is a rich man’s sport, after all), attract a new niche kind of visitor (over 50 000 of them), reaffirm Cape Town’s place on the map as a must-do tourist destination and even possibly inspire the same sort of fervour that we saw envelop the country during the Soccer World Cup.

Not to mention, a Mother City Grand Prix would also be just incredible for South African armchair racers, who would finally have the likes of Jenson Button, Sebastian Vettel and Nico Rosberg zipping past their doorsteps in the sleekest and sexiest of machines.

For now though, all we can say is that the wait is on. Things aren’t quite past the starting line yet, but we’re hoping that the rumours might just pick up the revs and turn into reality soon.

More of a biker than a race car driver? Check out our guide to top cycling routes in Cape Town and surrounds. 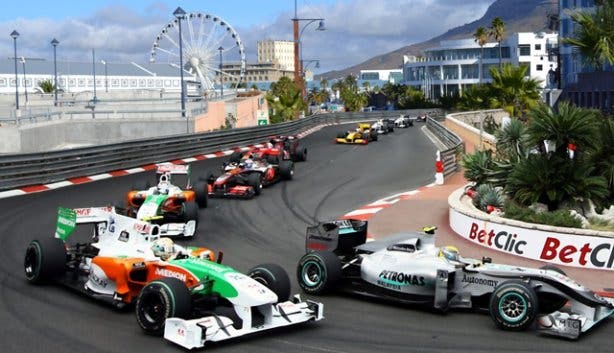 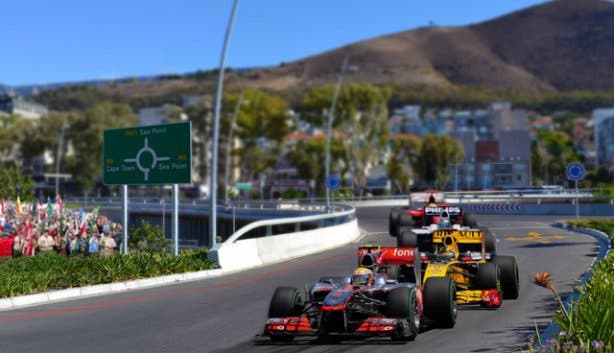 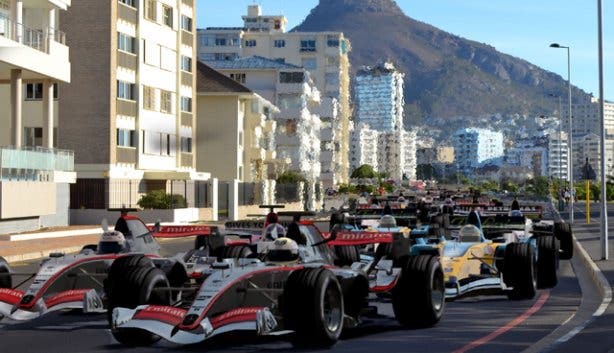