The Mother City claims another title

South Africa may currently attribute only a small portion of total retail sales in e-commerce, however the ever-increasing growth in Cape Town has dubbed the Mother City the e-commerce hub of the country. According to the City of Cape Town’s Economic Performance Indicators (EPIC) Report for the third quarter of 2016, Cape Town has done exceptionally well in establishing itself as a seedbed for emerging e-commerce companies, allowing it to become the tech and e-commerce hub within the country.

The well established tech landscape in the city has made it an appealing place to start and run an e-commerce business. While Gauteng contributes a much bigger proportion of the country’s online buyers it is the Mother City who accounts for the lion’s share of the most well-known e-commerce companies in South Africa. The city has therefore become the birthplace for the majority of newly established tech start-ups operating within the e-commerce ecosystem.

The appeal for companies to base themselves in the Mother City is attributed to the extensive network of supporting companies and institutions, a strong supply of Information and Communication Technology (ICT) skills among the workforce and a better availability of venture capital than in other countries. In terms of the venture capital, it must be noted that 75% of all venture capital deals in 2015 were situated in the Western Cape, according to the Southern African Venture Capital and Private Equity Association.

The following diagram illustrates the e-commerce landscape in Cape Note. Take note that Cape Town based companies accounted for all 10 of the most visited e-commerce websites in South Africa in 2014. 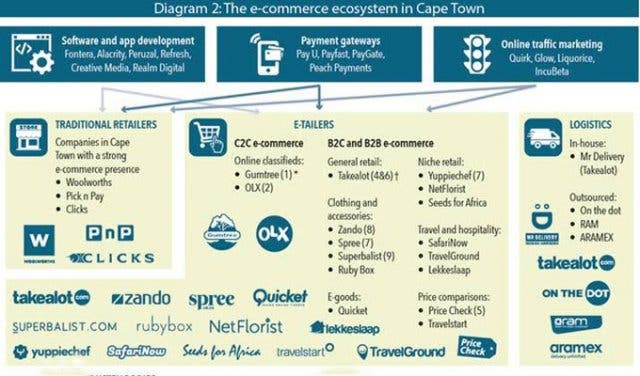 The city’s Executive Deputy Mayor, Alderman Ian Neilson has stated that, ‘The digital space is increasingly disrupting the way in which we watch and listen to content and how we keep in touch or communicate. The way we shop can no longer escape our digitally connected world [...] A disruptive evolution in the retail industry is under way. [Further] the City has set itself the goal of establishing Cape Town as a forward-looking, globally competitive business city. The strides that the e-commerce sector has made in our city are helping to boost our international reputation in the tech space.”

If you are interested in what else the City of Cape Town has achieved, have a look at Cape Town being one of the leading cities in the world and how South Africa launched on the first AIDS vaccinations.

Cape Town is one of the most beautiful cities in the world, so have a look at some stunning images to make you fall in love with the Mother CIty 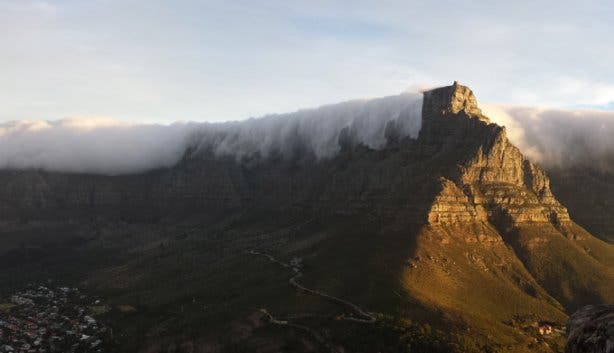 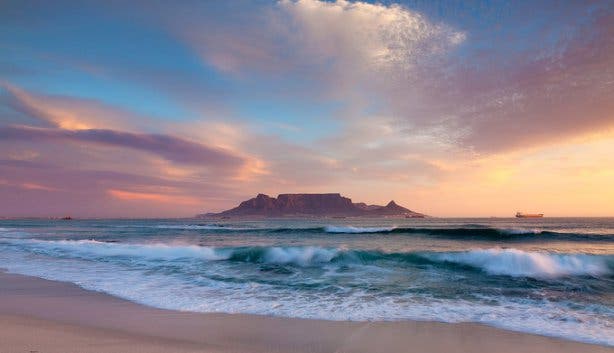 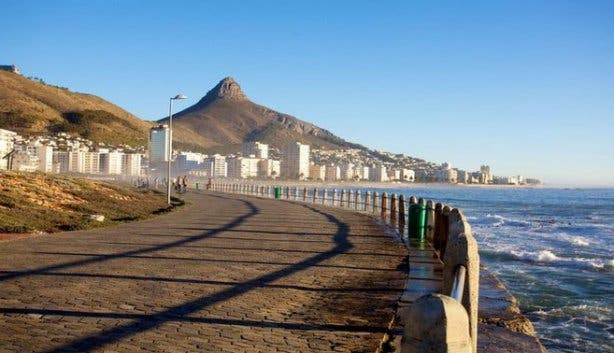 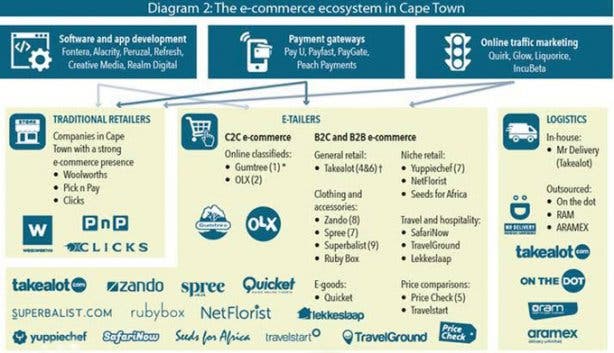