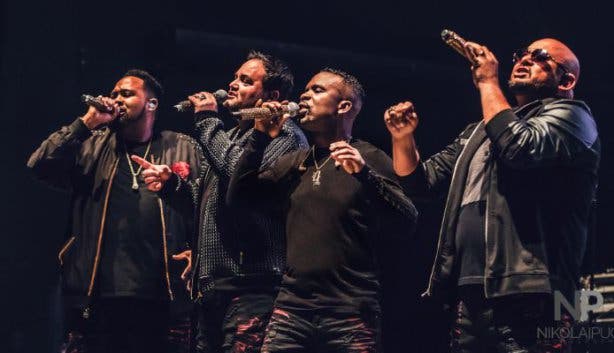 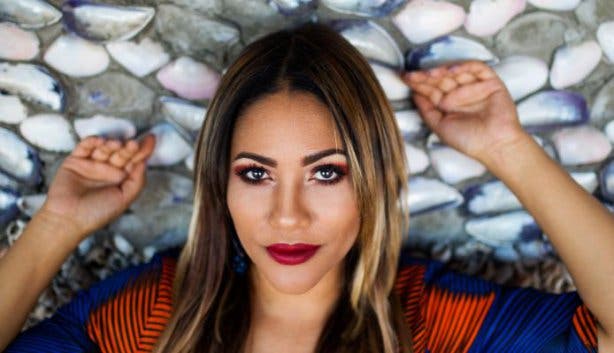 5 Top Local Performers Plus Grammy-Winning Group All 4 One ...

Break out your lighter (or cellphone torch) and declare your love by the moon and the stars in the sky. Grammy-winning RnB group All 4 One are coming to Cape Town, joining local artists like Sasha Lee Davids, Emo Adams and Alistair Izobell for a truly Capetonian music spectacular called Music All Kaap.

The show happens on 30 March 2019 at GrandWest. And thereafter, for the first time ever, Music Alla Kaap will go on tour to Johannesburg and Port Elizabeth.

SPREADING ITS WINGS
Music Alla Kaap has become a staple of the Cape Town music calendar and a must-see event. In the past, it has showcased local and international superstars including Sipho Hotstix Mabuse, Judy Boucher, PJ Powers, Percy Sledge and Marc Lottering to name a few.

It makes its way to Johannesburg and Port Elizabeth for the first time this year. But, of course we get to catch it first here in Cape Town. And what a line-up. 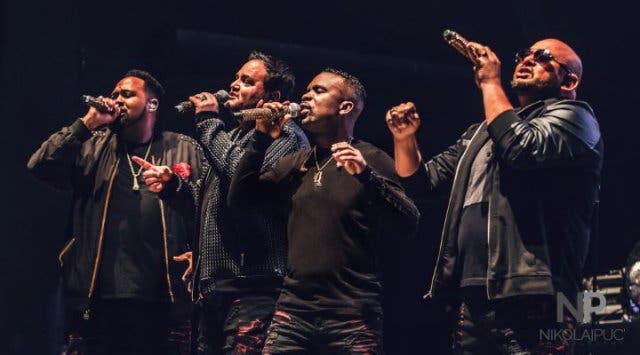 MUSIC ALLA KAAP 2019 LINE-UP
From a top Idols SA star to a Mitchells Plain-born hero, oh and of course Grammy winners All 4 One, here’s who’s performing at Music Alla Kaap 2019:

Emo Adams
Mitchells Plain’s Adams has carved a successful career as a performer and TV presenter. He hosts the show Jou Show Met Emo, has starred in an array of TV series and stage plays, does live comedy music performances and is currently producing a talent show called Maak My Famous.


Sasha Lee Davids
Davids shot to fame when she won Idols SA 5 in 2009. The year before she won another TV reality show called Matrix 2. Since then, the Atlantis-born singer, actress and presenter has released an album and had her own TV show called House Of Davids.


Lady Zamar
SAMA award winner Lady Zamar is an essayist, academic and entrepreneur who has set SA’s dance scene alight with songs like "Love Is Blind" and "My Baby". She also bagged two SAMAs with Prince Kaybee for the song "Charlotte".

LADY ZAMAR AND THE OLD ADAGE ABOUT LOVE


Alistair Izobell
The brains behind Music Alla Kaap, Izobell is a veteran who started his performing career at the age of 7. He starred in David Kramer and Taliep Petersen’s Kat and the Kings and is the music director for Marc Lottering’s musical Aunty Merle.


Niesa Abrahams
Known as Cape Town’s Shirley Bassey, Abrahams was born in District Six. She performed at various Cape Town venues in the 70s and 80s and with music icons such as Pacific Express and the late Zayne Adams. She also starred in Alistair Izobell’s Remember The Lux.

SEE ABRAHAMS DURING REHEARSALS FOR REMEMBER THE LUX


All 4 One
Best known for their number 1 hit "I Swear", the California-based group is renowned for producing timeless love songs during their heyday in the 90s. The Grammy award winners have sold 20 million albums to date, and have a hit Christmas album called an All 4 One Christmas.

ALL 4 ONE NOT SINGING I SWEAR


NO BACKTRACKS
Most pop shows use backtracks for artists to sing over. But Music Alla Kaap is keeping things authentic with a 10-piece band, hand-picked by music director Camillo Lombard, to provide backing music. Lombard is a musician, composer and educator. The self-taught pianist is also the executive director of the Cape Music Institute and pianist for the band TopDog SA.

COLLABORATIONS
Sasha Lee Davids has recorded a track with All 4 One called "Africa Rise". The song was written by Alistair Izobell and sent to the American group as a demo sung by Davids. They recorded it in November last year and it was released in early 2019. The song will form part of the music set list at Music Alla Kaap.

TICKETS
Tickets cost between R200 and R350 and can be purchased at selected supermarket outlets. Alternatively, you can book here.

If you can’t wait for Jazz fest, get a taste of what’s to come at Greenmarket Square and the Free Jazz Fest Concert.

5 Top Local Performers Plus Grammy-Winning Group All 4 One ...