How to be shark-savvy in Cape Town

The 1970s classic film, “Jaws”, needs little introduction. The notorious tune of impeding doom as the Great White shark slowly approaches its unknowing prey still echoes in the minds of many.

And although the film reflects an unrealistic pattern of shark behaviour, and an even more unrealistic mechanical doppelganger, the threat of shark attacks in Cape Town is still a reality that thousands of surfers and swimmers have to face each year.

Cape Town boasts some of the best beaches and surf spots in the world, but beneath the crystal blue surface lurks one of the most respected and revered predators.  So, do you brave the water and hope for the best, or abstain from its liquid allure altogether?

In light of much controversy in 2012 surrounding shark-baiting and the possible correlation to shark attacks, we decided to pick the brain of Muizenberg surf instructor Ant Scholte, a man who has been at the frontline of surfing culture in the Cape Peninsula for over a decade. Here’s what he had to say about surfing in Cape Town, shark attacks and being shark-savvy.

CapeTownMagazine: What is your take on the potential danger shark attacks pose to surfers in Cape Town?

Ant: As surfers, we’re on the front line between humans and sharks. Naturally, this makes many people nervous, and as keen as some people are to experience surfing, many clients express concern over sharks when coming to Learn2Surf (Anthony’s surf school). But, in reality, getting to the beach is far more dangerous than surfing.

At the moment, all the recent hype / media attention around shark research, cage diving and chumming in False Bay has definitely put the fear of sharks in the forefront of most surfers’ minds. I don’t believe that the ocean is any more ‘dangerous’ than in the past years, just that the subject of sharks in False Bay is being discussed more than usual at the moment.

Ant: I think the protection of the great white shark is the reason that numbers have increased over the last 15+ years, as well as the reason that sharks are less afraid of humans. In the past, fishermen used to kill the sharks, and as a result, sharks avoided their boats. But since the world has endeavoured to protect them as an endangered species, numbers are increasing and fishermen report far more sightings of sharks near fishing boats than in the past.

As far as shark attacks are concerned, I’m not sure of any significant increase in shark attacks internationally, but there is definitely more talk about sharks locally each time there is a sighting/attack. I believe that social media (Facebook and Twitter) and the ease in which this news (shark stories) can be communicated nowadays, as compared to a few years ago, plays a major role in generating shark hype.

CapeTownMagazine: Do you think anything should be done to curb the chumming, shark-baiting and shark cage diving?

Ant: Personally, I’m 100% against chumming. Throwing blood and guts in the water to attract sharks, and then putting humans in front of them is a very bad idea. Sharks are not stupid. They’ve been at the top of the food chain for millions of years. They have an incredibly keen sense of smell, and I believe they will make an association between food and the smell of humans in wetsuits.

I’m not against shark cage diving or swimming/diving with sharks; I’m only anti-chumming. I feel the cage diving operators should work exactly like game park tours. Clients pay for the tour, but it’s not guaranteed they will see any lions, leopards, etc. We are not allowed to bait animals in a wild park, why should sharks be treated any differently?

CapeTownMagazine: In light of the fatal shark attack at Kogelbaai, do you think that public criticism over the controversial National Geographic shark-baiting license was warranted?

Ant: There is absolutely no proof that the recent fatal shark attack (19 April 2012) that occurred while the “Shark Men” research was being conducted was related to the film makers chumming 10 times more than regular licensed chumming operators in the vicinity of the attack. For this reason, the film makers were allowed to continue their research.

Shark experts are saying the research they’re doing is very valuable, but I feel that the manner in which they’re obtaining their information is nothing short of cruelty to animals, and I would not be surprised if sharks did hold a grudge against humans for the torture they’re experiencing at the hands of these “Shark Men” (and other humans around the globe).

CapeTownMagazine: What would you tell foreigners concerned about surfing in Cape Town?

Ant: Muizenberg Beach is the best and safest beach at which to learn to surf in South Africa. There is a shallow sand bank that runs a few hundred meters out to sea that creates gentle breaking waves (perfect for learners), and this also means that the fish and sharks tend to be found much farther away from the beach than most other beaches. This sand bank allows us to play / learn to surf in our own shallow water space away from the deep waters where sharks are generally found.

Muizenberg Beach also has ‘Shark Spotters’. These guys do an amazing job to clear everyone out of the water when they spot a shark from their lookout on the mountain. When the shark alarm is sounded it generally means that the Spotters have seen a shark heading from a neighbouring beach towards Muizenberg. In this event, we leave the water for 10-15 minutes until the shark is seen returning to the deeper waters. It’s a brilliant system.

CapeTownMagazine: Are there any tips you can give our readers about being “shark-smart”?

CapeTownMagazine: When do sharks tend to come closer to the shore?

Ant: It depends on the ocean currents and where the fish are. Sharks want to eat fish/seals not people. There are generally more sightings in summer months, whenever there are large schools of fish closer to the shore.

CapeTownMagazine: Have you ever witnessed a shark attack at Muizenberg/nearby spots?

Ant: I’ve never seen an attack – thank goodness!
I have seen many sharks (at most beaches around Cape Town) in my nearly 30 years of surfing. Although False Bay has the highest number of Great White Sharks in the world, I have only been lucky enough to see three sharks in all my years of surfing at Muizenberg. To be honest, I was very far out to sea (in their space) and they did not seem interested in me in the slightest. They were just cruising past. I regard these sightings as an enormous privilege. Seeing them and feeling ‘safe’ in their presence has done wonders for my peace of mind when surfing.

CapeTownMagazine: What can the public do to support The Shark Spotters, who have played such a vital role in ensuring the safety of swimmers and surfers?

Ant: Visit their website (www.sharkspotters.org.za) and make a donation or support their fundraising events. They are good people doing a great job! Please support them!

CapeTownMagazine: Any final words on the issue?

Ant: Sharks are found everywhere - at every beach. Sharks are apex predators, but not mindless killing machines.

If sharks were even remotely interested in killing/eating humans we would not be able to ever go in the ocean. (Shark attacks would be a daily event).

The number of surfers and sharks in Muizenberg are proof that humans and sharks can share the ocean in harmony.

Get bargains and local food at the Muizenberg Flea Market.

Now that you’re shark-smart, check out our list of surf spots along the Cape Peninsula. 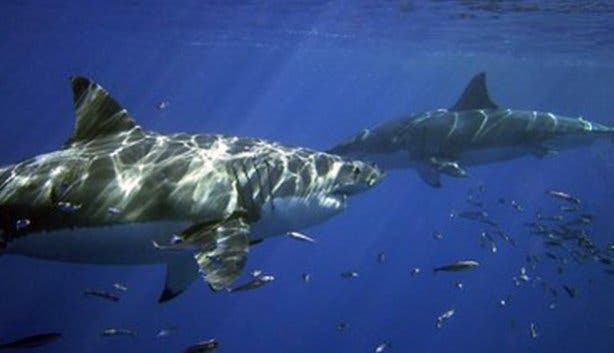 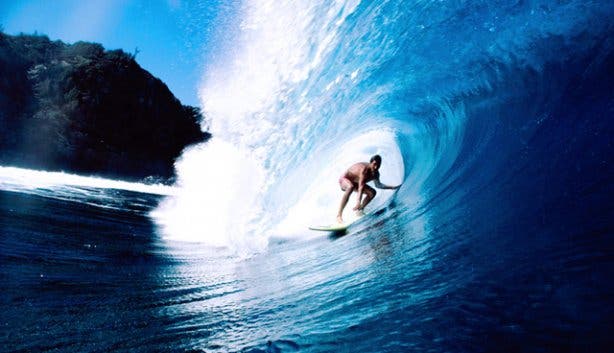 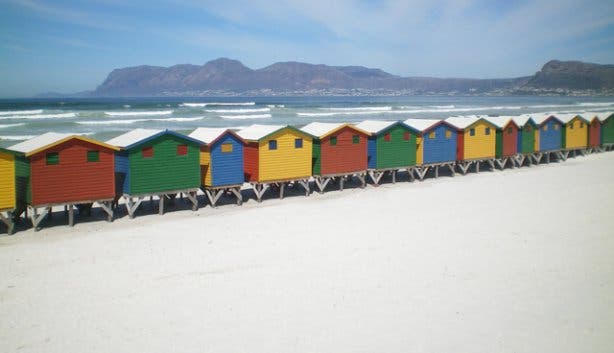 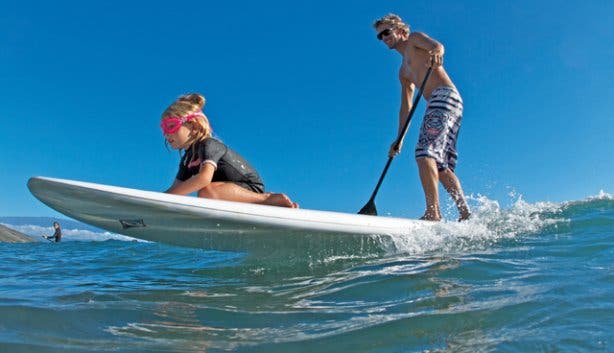