Mix N Blend - creative DJs are mixing it up down south

What happens when self confessed high school nerds are spoon-fed African Dope (records) and forced to play classical instruments? They grow up to Mix N Blend the boundaries of music creation and music production. From groovy, grinning Deejays to bouncing composers of electronic and organic sound samples, these three maestros put the “aaah...” and the “eeee!” into party.

Kev, Ben, Ross and Jon are fun-loving lads who dig a good party. They also BRING the party, armed with high tech electronic equipment, inspiration and a debut album – Look Mom No Hands. But it’s not going to their heads - they ALL thanked their mums and dads first in the album sleeve. CapeTownMagazine.com asked Jon and Kev about the nuts and bolts of... well, what IS it exactly that they do?

CTMag: Put us in the picture – you started as Deejays and you became Electronica composers, right?

Jon: It's as simple as we were DJing and we started making our own beats.

Kev: After a while two turntables and mixers get a bit boring. So you buy more toys. It's the same as when you buy records, it's nice to come home to a new record, or a new toy.

CTMag: define live DJing or “on the fly”

Jon: Well, you've got beats and samples, and you can take a hip hop track and make it into a drum n bass track.

CTMag: So that means that no one live set is the same?

CTMag: Do you think your overall aural aesthetic has been influenced by your peers like Fletcher (African Dope Records DJ and producer)?

Kev: Of course. There are 20 musos on this album. You can hear the likes of Sibot and Marcus Wormstorm. There's huge amounts of cross pollination in Cape Town.

Jon: I think it comes down to this - if you look at the golden ages of any music worldwide, the reason that people come up with incredible work is because you have people coming from very different backgrounds and collaborating. What's so great about the Cape Town scene is that we have that now. We have all these people from different walks on life, with incredibly different outlooks on music, and the more people collaborate, the more creative it gets.

John: Surfing. I played instruments through school. Clarinet, tenor saxophone and the bagpipes.

Kev: I had to learn piano; I always wanted to play with my cars.

CTMag: Were you sporty? Arty? Geeks?

Jon: I was a supreme nerd. I still am. I write software professionally. That's why Kev and Ross have started calling me “Yon Manwell” -Jon The Manual.

Kev: I did computer courses for my B Comm. But mostly it was Jon throwing a programme at me, saying “that's how you do all this,” and then “go!”

Jon: Ross has never really been a nerd

Kev: I was born in Jozi (Johannesburg), and grew up in Plettenburg Bay.

CTMag: So what does every Capetonian know?

Kev: What DO we know?

CTMag: Being at the beach instead of at work is very Capetonian? What else is?

Kev: Right here. Narona. A good place to have a beer with a great host. Bösko!  (Bösko cheers from the background)

Jon: I don't think I would want a celebrity to listen. I'd probably be very self conscious about my work. The reason that you'd want someone like that to listen to stuff you've made is because you have a great respect for them.

Kev: there'd be more than one. I wouldn't mind the guys from prodigy.

Jon:  I think we've just made music because we like making music. I get uptight with people who start breaking their own artistic process down. Every great artist I’ve come across hasn't been that self conscious about their work; they make stuff because they like to make it.

CTMag: People who listen to their inner impulse?

Kev: Julep’s got a nice vibe.

Jon: It's quaint and kind of out of the way, not everyone walks in there. You should catch Dave Ferguson.

CTMag: Your favourite spot to eat?

CTMag: Which celebrity would you most like to listen to your album?

CTMag: Any strange habits in studio?

Kev: I used to run into my shower and listen to the bass.

Jon: Kev's studio is also a living space. The shower is in the corner, it picks up on the low end.

Jon: We've got a synchronised bounce going. (They demonstrate)

Jon:  If you're not having fun, no one else will.

Interested in a bit more mixing? Try Balkanology.  More into the ocean than clubs? Try and spot a few cubs while you swim with the seals.  Eclectic music tastes? Try a show at the Rainbow room 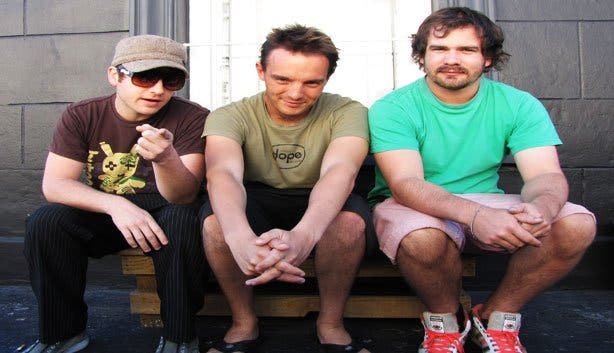 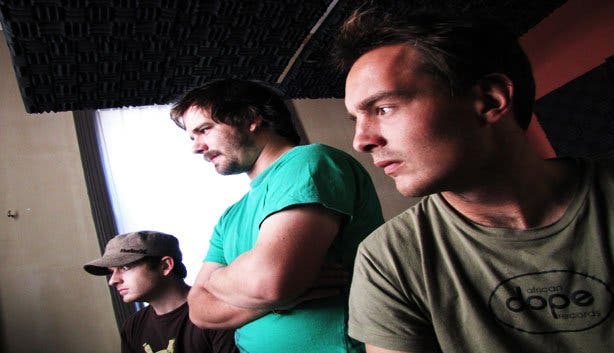 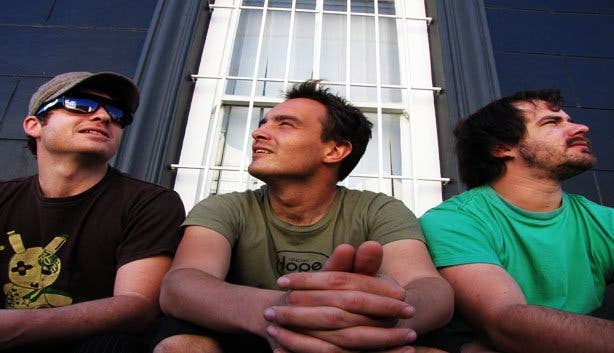