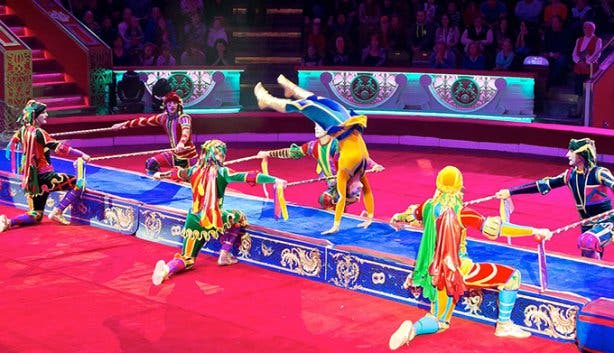 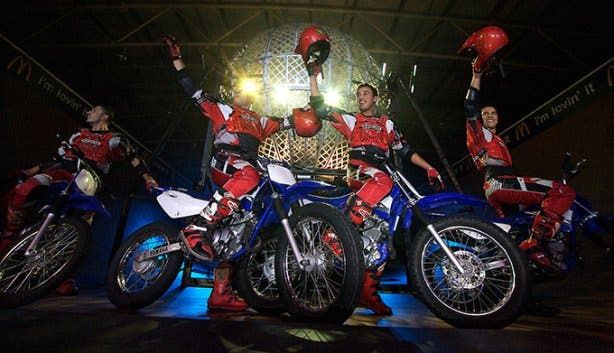 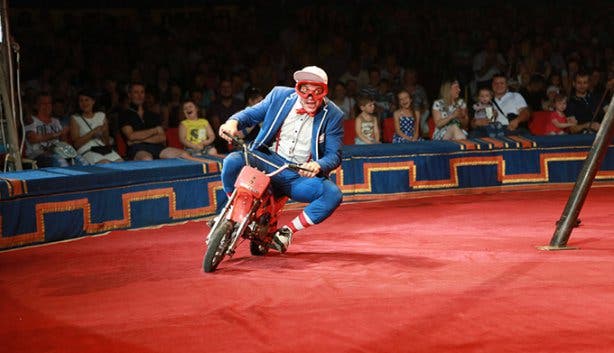 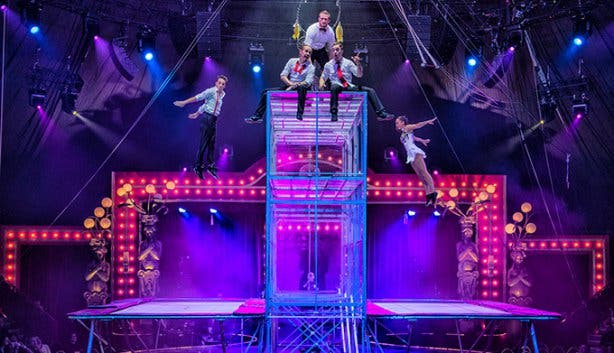 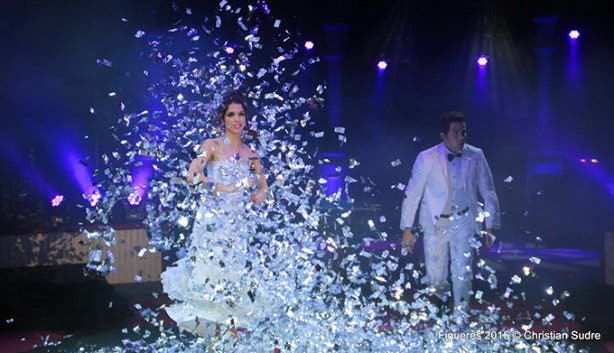 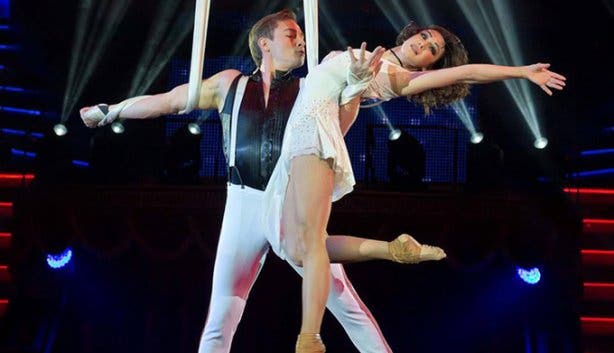 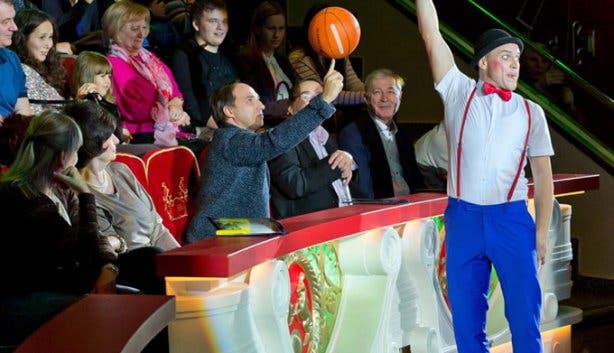 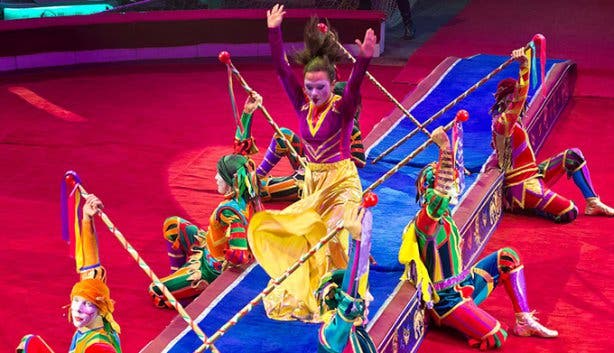 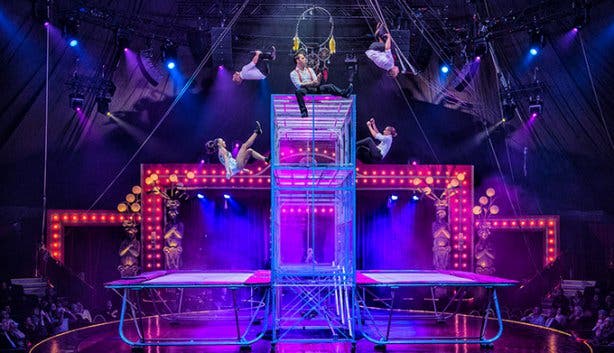 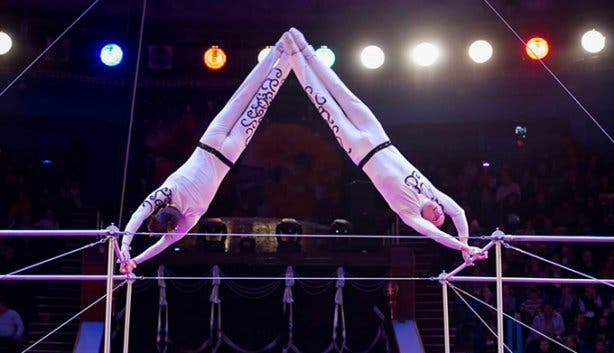 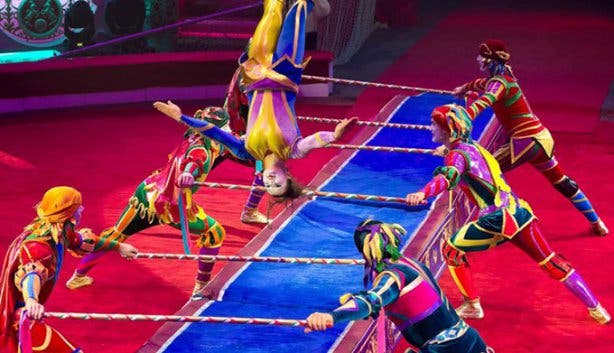 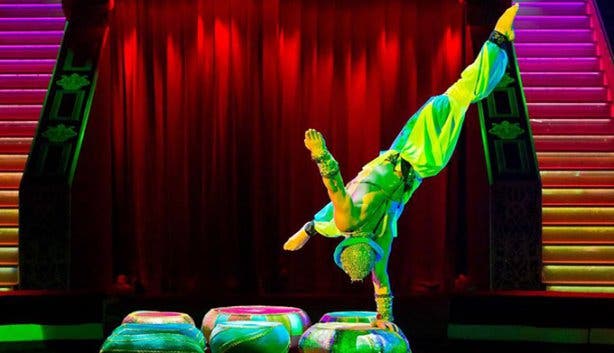 This world-class circus is here for a limited time only!

One of the best circuses in the world will touch down in South Africa for a grand tour to some of our major cities – namely Johannesburg, Cape Town, Bloemfontein and Port Elizabeth. This high-flying showcase of artistic and acrobatic feats will have you on the edge of your seat in Cape Town from Friday, 3 February 2017 for a limited time only.

The Great Moscow Circus will feature daily performances to dazzle the audience on the Foreshore at Founders Garden next to the Artscape Theatre. What’s more, animal lovers can rest easy and experience the magical showcase knowing that no animals are used in the acts! Tickets are available online via Computicket.com.

The Great Moscow Circus is one of Russia’s finest showpieces that includes over 65 of the world’s best acrobats, magicians, dare-devils and performers in a two-hour programme of unbelievable performances. 1600 guests are treated to all the thrills and excitement of the circuses of yesteryear at each show, with a live circus band accompanying the acts under the massive Great Moscow Circus Mighty Big Top tent.

This family-friendly international spectacle is bringing along over 100 tonnes of equipment and props to set up the world-class circus, that will ensure you are mesmerized from start to finish with kaleidoscopic light displays, vibrant costumes, crystal-clear sound and air-conditioned comfort. 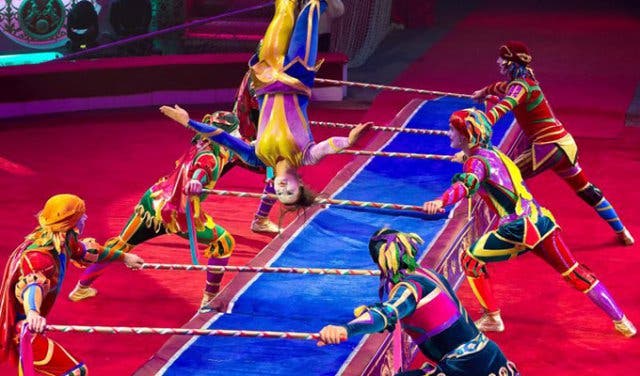 ACTS AT 2017 THE GREAT MOSCOW CIRCUS IN CAPE TOWN

The Ringmaster: Every great circus needs a captivating ringmaster that will keep the crowd entertained, informed and ecstatic between the acts. Stanislav Knyazkov is one of the best in the world – being an accomplished juggler, comedian and all-round showman, he will introduce the troupe of circus stars before they wow you with their talent.

The Giant Wheel: The Dorio Boys bring a bigger and better Giant Wheel act to this circus – not on one double wheel, but two. This incredible performance is exclusive to The Great Moscow Circus, and uses precision-built equipment. The four fearless acrobats risk their safety on a four-tonne spinning see-saw-like contraption with wheels on either end, where they perform their breath-taking acts.

The Catwall Trampoline: This modern circus act is one of the new wave routines that features five agile guest performers from Canada. Two trampolines will be set up, side-by-side with a glass wall in between them, and the synchronized act is guaranteed to make you gasp. 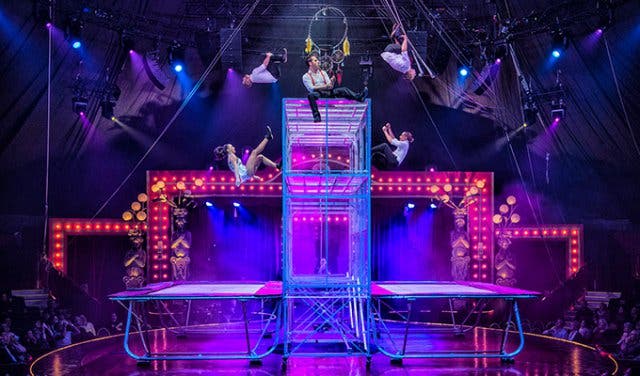 The Globe of Death: The finale act of the show brings the maddest combination of motorcycle mayhem to a steel globe-shaped cage. One motorbike is child’s play, so catch FIVE speeding daredevils as they whip around inside the globe at the same time! Sounds like the recipe for carnage, but do these trained professionals have the precision and timing needed to avoid disaster?

Quick Change Transformation: We’ve all seen the mind-boggling illusions on television shows, but now you can catch Cuban illusionists Sixto and Lucia live as they change from one flamboyant costume to another within seconds. “How do they do it?” you’ll ask as they dance around the stage and change in the blink of an eye.

Mega Skipping: A childhood game is taken to a world-class level with this fast and furious display of coordination. The longest skipping rope you’ll ever lay your eyes on is brought onto the stage and the Russian art of “mega skipping” is demonstrated.

The Giant Trapeze: Catch a burly band of pirate lookalikes from Belarus on the massive trapeze. This high-flying and death-defying acts sees the men, led by Artem Shykavets, somersault and swing from one bar to another.

The Hand Balancer: See the impossible balancing feats of Andrey Katkov in his quirky and unusual style. 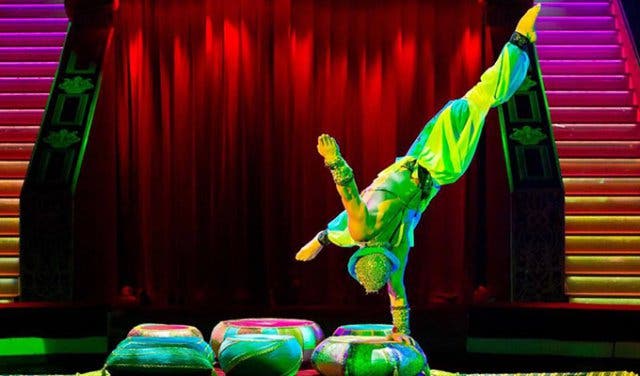 The Horizontal Bar: Olympic skills are required by these superb athletes – gold medal skills to be precise! The Magolas hail from the Ukraine and you’re in for a treat when they tumble and turn on the horizontal bars.

The Russian Clown: Dmitri Shindov is a traditional Russian clown following in the footsteps of greats such as Popov and Nikulin, who uses his hilarious gabs to entertain the audience without having to speak. Keep an eye out for his mishaps and loveable quips throughout the programme and you will be rewarded with a good giggle.

Rolla Bolla: This nail-biting balancing act by Sascha Williams will have you glued to the edge of your seat. Watch him balance one cylinder on top of another as he climbs higher and higher with precision and nerves of steel.

Acrobats on the Fast Track: This spectacle is the biggest act in the show, led by Sergei Rubtsov. Timing, teamwork, and training combine to create an amazing display of acrobatic action as they flip, bound and jolt along the fast track.

The Juggler: All the way from Mexico, Juan Pablo Martinez is a popular young performer who has travelled the world with circuses while he juggles more objects than you thought was possible.

The Marionette: Catch this lyrical delight by Vitali Kazak and Dariia. The Marionette is a modern theatrical display of language and art.

Man in the Glass Box: Emin Abudllaev is his name and the weird and wonderful art of distortion is his game. See the boggling flexibility of this real-life rubber man. 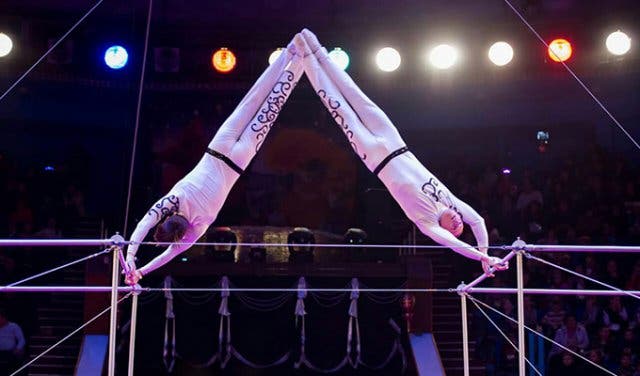 TICKETS TO 2017 THE GREAT MOSCOW CIRCUS IN CAPE TOWN

Tickets to the world-class circus are available online via Computicket.com and costs range between R195p/p and R595 p/p depending on how close you are to the ring. Kids aged 2 to 14 years old qualify for a R45 discount on each ticket. Visit Computicket.com for a full breakdown of the floor plan and pricing for each section. Edgars Club Cardholders also qualify for various discounts on tickets priced R495p/p or R595p/p.

Want your event to gain fame and a following? Our Events Support Programme includes diverse and affordable packages guaranteed to get results. To learn more please contact partnership@capetownmagazine.com or phone +27 (0)21 422 2444.