Get the news on Cape Town's latest fire

Here’s what you need to know about The latest Cape Town fire update.

The City of Cape Town appeals to residents to follow fire safety awareness tips during the warmer months between October and March when Cape Town is at a high risk for uncontrolled and runaway vegetation fires. The combination of high temperatures and gale force South-Easterly winds is a major contributing factor in the rapid spread of fires.

There are two main types of fire in Cape Town – vegetation and structural – and both can be prevented in most cases. Vegetation fires that occur in mountainous areas are particularly dangerous because of inaccessibility and limited water supply. The City’s Fire and Rescue Services teams deal with an average of 8600 vegetation fires every year, most of which occur in the summer months. Informal settlements are at a high-risk for the rapid spread of structural fires. The rate of spread is directly influenced by the materials used in construction of settlements and the distance between each structure. It is essential that the roadways around the structures are kept clear of obstructions to allow emergency vehicles to move around.

The vandalism of fire hydrants is another serious concern. Damaged hydrants hamper firefighters when additional water supply is required to assist in extinguishing fires. The City appeals to the public to please report any damaged fire hydrants to 0860 103 089so that they can be repaired as soon as possible.

Please remember the following tips – you could prevent a potential disaster:

Vegetation Fires
· Report any fires to the Public Emergency Call Centre on 107 from a landline or 021 480 7700
from a cell phone.
· No fires are allowed on the mountain fringe areas, except in specifically demarcated areas and
pre-authorised areas. If you are unsure whether fires are allowed in an area, do not make a fire
there.
· Do not discard burning cigarettes from your vehicle.  They are pollutants and one of the major
causes of vegetation fires.  Please dispose of cigarettes in the vehicle ashtray.
· Ensure that fire hydrants remain unobstructed at all times, especially by parked vehicles.
Tampering with hydrants can delay a firefighter’s response time.
· Ensure your braai fire is completely extinguished before leaving areas where fires are allowed.
· Keep ignition sources such as matches and lighters out of reach of children.
· Comply with the legal requirements for burning vegetation off-cuts (Please see City of Cape Town
Community Safety By-law and National Veld & Forest Act or refer to www.capetown.gov.za for
more information.

Structural Fires
· Every home should have more than one exit to ensure escape if a fire breaks out.
· Informal homes should be built at least three metres apart to stop fires from spreading.
· Keep matches, lighters, paraffin and poisons out of reach of young children.
· Use child-proof caps on flammable products such as paraffin.
· Extinguish all candles and lamps before going to bed or leaving the house.
· Avoid smoking in bed – it is dangerous.
· Keep stoves on a flat surface away from drafts and flammable objects.
· Never leave fires and cooking stoves unattended.
· Always keep a bucket of sand and a bucket of water handy, in case a fire breaks out.
· Switch off all electrical appliances when not in use.
· Do not overload plug points.
· Do not sleep with heaters switched on.

Subscribe to our free monthly newsletter and stay up to date with what's happening in Cape Town by signing up for daily Facebook Updates. 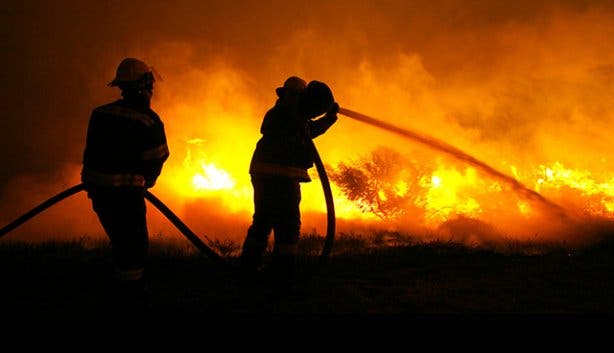 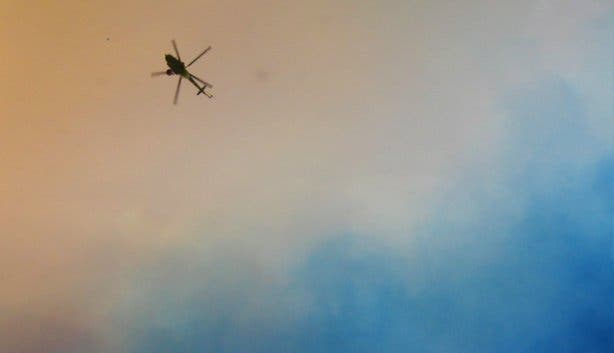 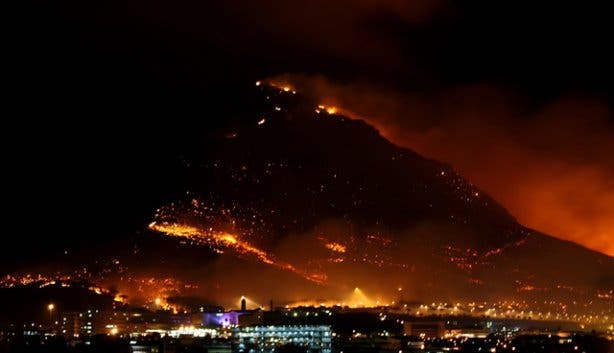