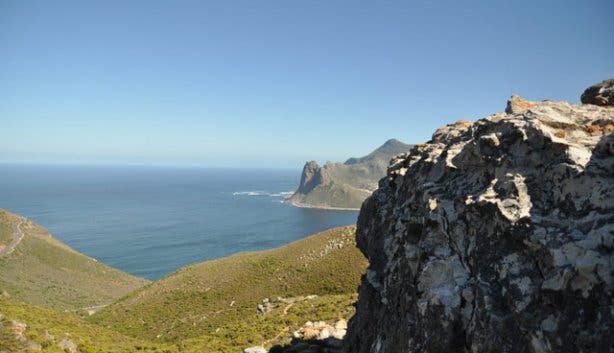 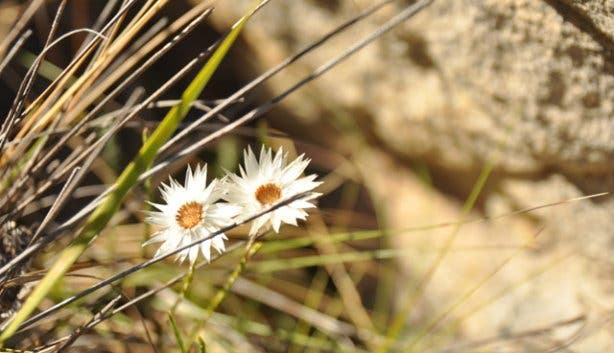 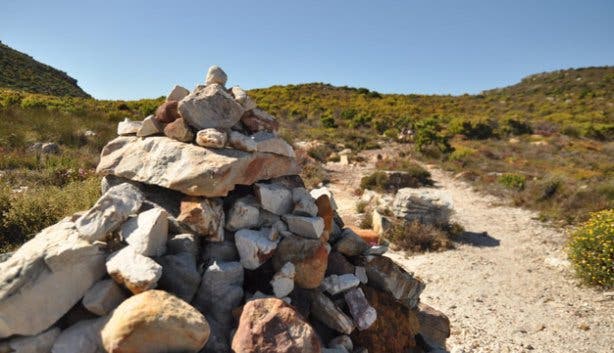 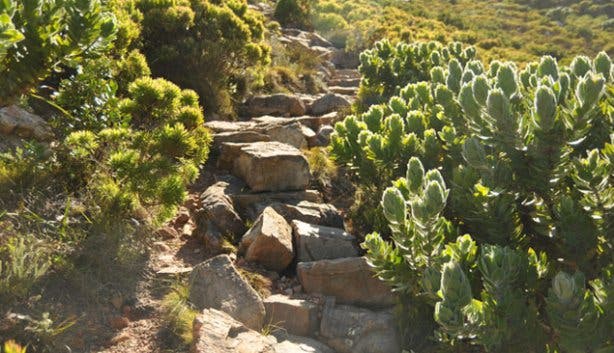 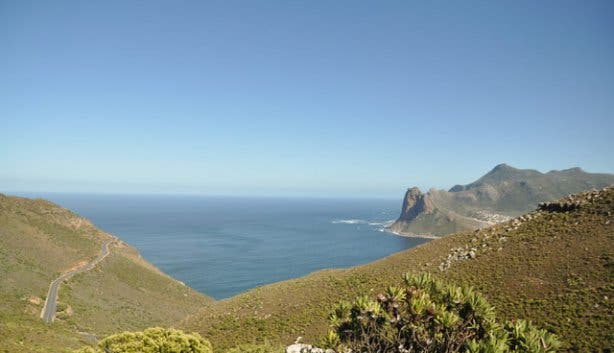 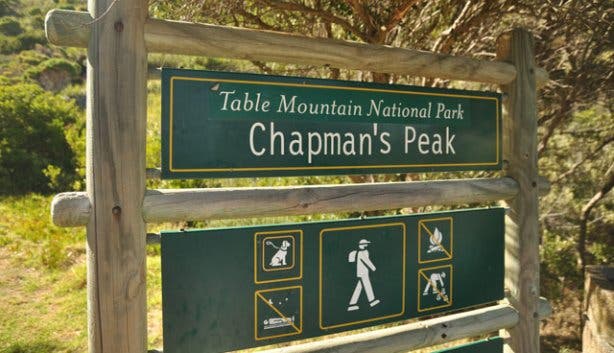 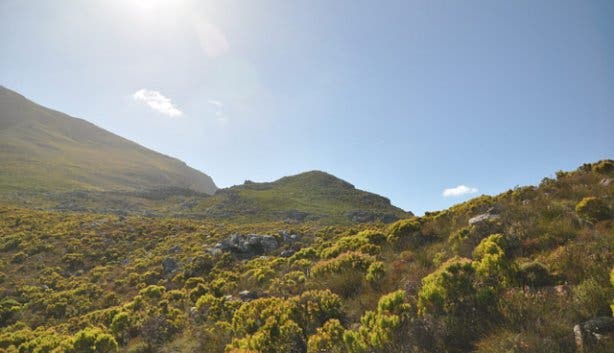 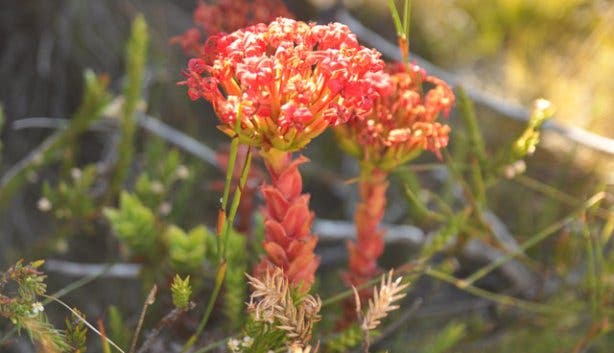 This underrated trail is above Cape Town’s most famous road

Chapman’s Peak, or Chappies as the locals call it, is home to one of the most famous drives in the world. But the range above it is also an inspiring place to hike. Get to the top and you'll be rewarded with amazing views of the Atlantic Ocean, Hout Bay, Fish Hoek, Gordon’s Bay and the stunning southerly extension of the Constantia Berg (593m high). Despite this, Chapman’s must be one of the least-hiked peaks on the Table Mountain chain. Some even claim it’s one of the most rewarding hikes on the Peninsula.

Drive through the toll gate in Hout Bay and continue until the parking area just below the ticket checkpoint for motorists. There is a sign indicating the start of the hike. It is approximately a one-and-a-half-hour walk to climb the 500 or so vertical metres to the peak.

Walking up the steep path you'll be surrounded by proteas and other species of fynbos. Take your time, breathe in and enjoy the amazing scenery around you. The path is very well maintained and easy to follow, paved with sandstone rocks most of the way. When you level out near the top, turn right and continue towards Noordhoek along a slowly rising path. You will move over and around the minor peak and eventually come to the rocky summit of Chapman’s Peak.

There are wonderful views of Hout Bay as you round the first peak, then suddenly Chapman's Peak pops into view and a final ascent up the saddle gives you views of Fish Hoek, Noordhoek Beach and even Gordon’s Bay and Table Mountain on a clear day. To the south is Cape Point and Kommetjie.

Some say it’s best to climb Chapman’s Peak later in the afternoon as in the morning much of the scenery is obscured by shadows cast by the morning sun and at midday the sun renders a lot of the scenery flat. However, in the late afternoon or at sunset the area lights up with an iridescent red glow, almost like hot coals, as the sinking sun reflects off the normally bright sandstone cliffs. You may be lucky enough to catch a fantastic sunset, but even if you don’t the horizon is sure to glow red long after the sun has disappeared.

Duration: Plan an easy three hours for the hike, including a scenic picnic on the summit and stops for photographs.


Chapman’s Peak and Silvermine from Noordhoek Beach
Moderate to difficult

Since it is not a circular route, you'll need to plan so you have a car at both ends. Park one car at the Silvermine Nature Reserve by the reservoir and the other at Noordhoek beach, where you will start the hike. To get there, turn right onto Ou Kaapse Weg when coming out of Silvermine Nature Reserve. Drive towards Noordhoek, turn right into Silvermine Road and then right at the T-junction onto Noordhoek Main Road (M6). Pass Noordhoek Village centre on your right (there'll be two paddocks on your left), before turning left into Avondrust Circle. At the second right turn into Beach Road and follow the signs to the beach parking lot.

Okay, now it’s time to start the hike. This route climbs up from Noordhoek Beach to Chapman’s Peak, drops down the other side and heads up again, before the final drop, which goes down to the Silvermine dam in Silvermine-west. The path does climb and drop a couple of times, but the steep sections don’t last long and the rest is gradual. There is no exposure to heights.

Duration: Plan a good six hours including a picnic and stops for photographs.

What to look out for
If the fantastic, mind-blowing views are not enough, have a look at the thick and bushy fynbos all around you. There are ericas, proteas and indigenous trees, as well as abundant birdlife. If you’re lucky you might see black or fish eagles, and lizards.

Trivia
The Chapman’s Peak Drive was the brainchild of Sir Frederic de Waal, the first administrator of the Cape Province (De Waal Drive in Cape Town was named after him). Work on the route began in 1915 and the formal opening took place in 1922. Unfortunately, rock falls caused the closure of this splendid national treasure in January 2000. Public pressure requested the reopening, and with this came a feat of astounding engineering. A consortium of companies were awarded a concession to restore this mountain pass to its former glory and to put in place several safety measures that would limit further fatalities from occurring.