There are many, many reasons to be a doomsayer and condemn all the negative aspects of South Africa. It’s easy to keep pointing fingers at each other and rationalising our mistakes. When things go wrong, we all want to leave and find a better life somewhere else. Preferably in the First World, where we’ll make more money, be safer and live happier ever after. Right?

Often the harder thing is the right thing to do: learn something, fight for something and through that grow as a country. Running away has never solved any problems and as many South Africans abroad realised as soon as the Credit Crunch hit, the grass isn’t always greener and in fact there are some places with no grass at all.

A fair amount of Capetonians have recently returned from stints in Dubai and London, amongst other big world cities. What they find back in Cape Town are good jobs (although finding them, or creating them, requires a bit of patience), a great lifestyle and a generally happier state of mind.

Nothing can replace the mountain and the sea

“No amount of money and jet setting can replace the mountain and the sea,” says Andrea, a 30-something graphic designer who struggled to find jobs in London since the start of the recession and then landed a great position just a couple of weeks after returning to Cape Town.

“All I wanted was to leave, get away from the crime and live a good life,” she adds, “but problems are everywhere. South Africans don’t know how good they have it. Politicians in London are also corrupt.”

Crime wise, well, we’re all at fault. From our political leaders singing inappropriate songs to the student who nicks the steak knife in a restaurant just because she can. When our president neglects to declare his tax, why should the Traffic Police be able to fine the flower girl for driving without her license? If our people are getting away with murder (literally), then why should anyone commit to obeying the law? Pointing fingers again huh.

As South Africans we suffer from the everyone-is-doing-it-so-why-can’t-we syndrome. Doesn’t mean what everyone is doing is right for everyone. That also doesn’t mean that everyone who leaves the country in a huff necessarily finds a better life somewhere else.

Besides the fact that we’re the laughing stock of the world ahead of the incredible international sporting event that awaits us this year, South Africa still has so much to offer to the individual. When are we going to pull ourselves together and step up our game?

Nina*, a flight attendant in her late twenties, recently returned from Dubai to Cape Town to get married: “I was doubtful because of the international news reports. I don’t want to associate myself with the corruption in the country. It’s embarrassing.”

Zuma promised profusely that there will be no crime committed against tourists this year. In the light of the very newsworthy murder of Eugene Terre’blanche which has been plastered all over the international news channels, these words ring empty.  Such vain promises might work for the uneducated masses who like to believe what they want to hear but foreigners have no faith in the words of a man who also said that HIV does not cause AIDS.

“There’s a lot of things that are not right in Dubai too. Rape easily gets swept under the carpet. As a single woman I didn’t really feel safe everywhere. Thing is, in South Africa it probably happens more often but at least when you go to the police you will know that it’s officially wrong.”

It sometimes takes only one person to change a system for the better. That means someone has to stand up and say something though. When did South Africans stop standing up for what is right? Nelson Mandela dedicated his life to changing the wrongs of the Apartheid past. Yet sometimes it looks like our new leaders are not honouring the struggle for peace.

“But I love being home, I’m happy here,” Nina adds.

Now is the time to learn from our mistakes and try to build a country based on honest principles and respect. A time for our leaders to see that they cannot take their responsibilities lightly. A time for individuals to realise that what they choose to do has a massive effect on the overall morale and psyche of those around them and especially those who look up to them.

“I’ve travelled all over the world and this is still a great place to live,” concludes Nina, "Even the Italian government is a mess. We've just got to work around it. It’s good if good people return to South Africa. We can all make a difference.”

* Names have been changed.

POSTPONED: The Life and Times of Michael K will take place in Jan 2022 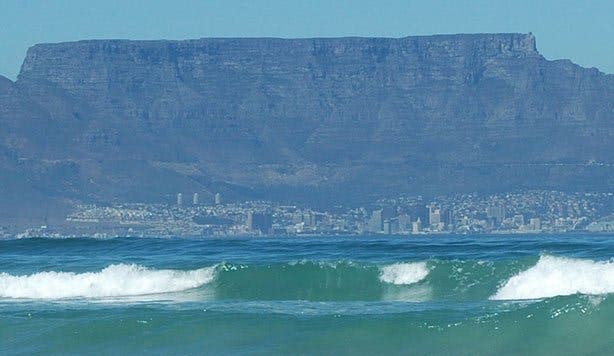