Yeah, yeah, we know... coffee is a religion. Young men laying down their successful lives for these cups that bring so much happiness in the daily lives of Capetonians. It’s not a new story, but it’s a good story. Carl Wessel and Judd Francis started Deluxe Coffeeworks to bring even more coffee culture to town.

I googled a bit to find out what peeps say about the coffee hot spot in Church Street in downtown Cape Town. "Probably the best value for money coffee in the world. A real city cafe spot, with owners you can talk to." Oh yeah. Owners you can talk to. And customers you can talk to. I meet Carl, one of the owners and his friend Peter. Later on I find out that Deluxe Coffeeworks is not only a coffee hot spot, but also a meeting point for the Vesparados in Cape Town. The Vespa-skeletton on the wall called Bad Toys made by Vesparado-friend Peter Forbes is a little hint.

Owners Judd and Carl met on a night out at Rafikis in February 2009 and decided to open a coffee-roastery. Judd used to roast for Origin, but the Kiwi decided to do his own thing. After roasting with a second hand roaster in Carl’s backyard, Rafiki’s was the first customer to buy these guys’ freshly roasted coffee. Now they supply the Cook Shop, the Superette, Yourstruly, the Field Office and others. Four to five times a week, Judd and Carl roast 20kg of coffee beans and deliver on a weekly basis to their customers.

A Flat White with a heart in it

The coffeebeans travel far from Kenya, Nicaragua, Ethiopia, Brazil and Guatemala to be served as a Short Black, a Long Black, a Flat White, a Cappuccino or a Latte. I have a Flat White since I’ve had it many times before at the Superette in Woodstock. In case you go there – you will meet Nicholas, another guy full of passion for the humble cup of coffee and also an important member of Deluxe Coffeeworks. Superette just 'rented him' to learn all his coffee skills.

The foam on my Flat White shows a heart: "I’m pouring hearts into the coffee because I’m hoping someone would see something in it", says Carl. Him and Judd are both single.

The juices at Deluxe, pear and cherry (without preservatives) are for in between coffees or for kids – try a mix of both, it’s yummy.

Olaf Nel was the interior designer and the style is minimalistic. Grey walls, wooden floors and in general – everything is out of metal and wood with rounded edges and a certain retro look.

'You’re only as good as your last cup'. Well, I‘ll just have to come back to have another one and then one more... 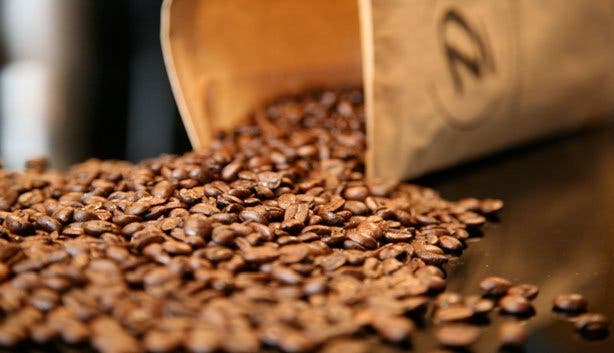 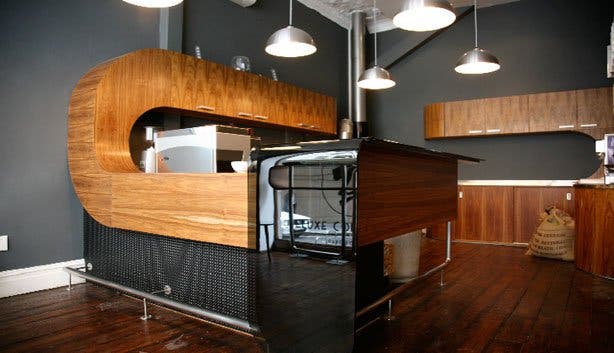 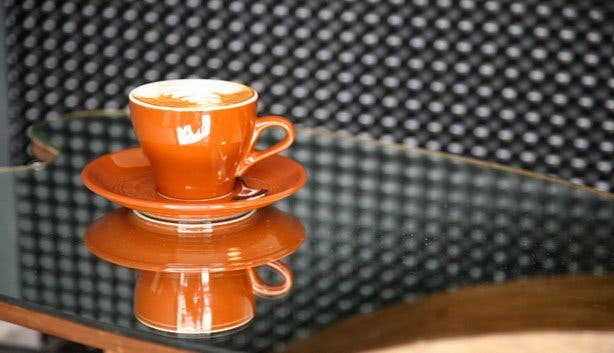 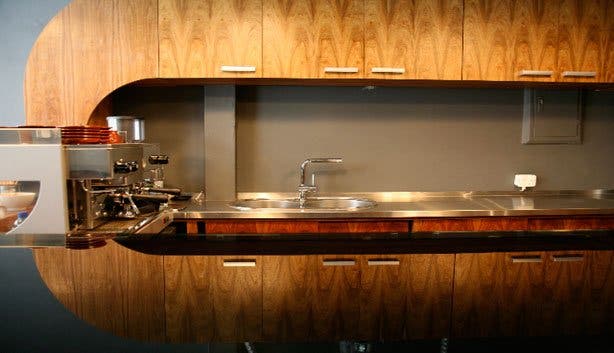 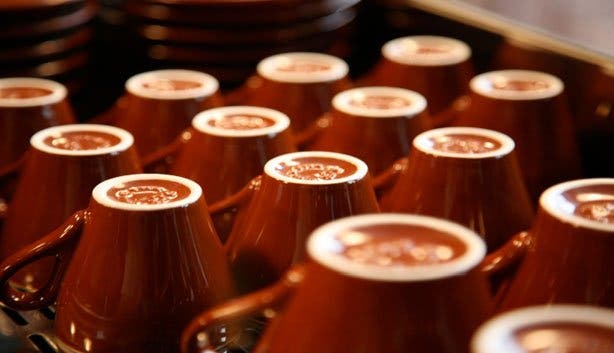 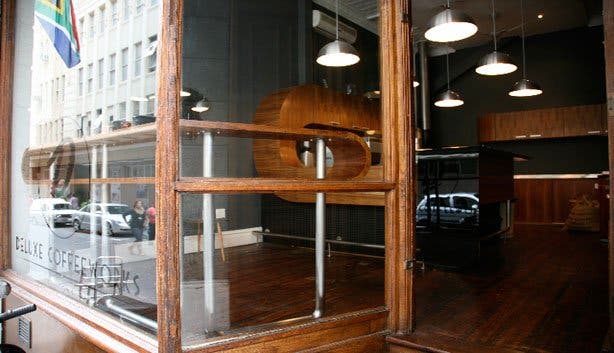