Oasis Bistro at The Mount Nelson

Kick back poolside at this Cape Town institution

A warm breeze ruffles a newspaper at a table nearby; the white awning throws dappled sunlight across the long terrace, the light echoing the shimmering pool it overlooks. Oasis Bistro at Mount Nelson Hotel has undergone a complete transformation. The ambience is airy and bright, and the menu has changed from a buffet to à la carte.

Executive chef Rudi Liebenberg and sous chef Dion Vengatass have taken over the culinary reigns. Dion is on site daily and Rudi oversees the whole operation. The bistro will open for the spring/summer season only and its Mediterranean-inspired menu is a perfect match for the warmer months.

Lunch kicks off with the hotel’s freshly baked bread. My dining companion, a bread enthusiast, is suitably impressed and tries the baguette, ciabatta and focaccia. His verdict? The bakery is one of the best Cape Town has to offer. The bread has a gluten structure that’s chewy and textured, and its flavour sings of sour dough.

“The food speaks for itself,” says Dion. “It’s simple and made with high quality ingredients. There may just be four elements on a plate, but it’s the way that it’s cooked that matters.

“Why does your mother’s food always taste so good?” He asks before he answers himself: “Because she cooks it with love, just like we do.”

The starters include beautifully conceptualised dishes such as duck rillettes with grape jam, calamari and baby marrow salad, and a warm tomato and brinjal tart. Dion’s favourite is the ceviche of the day “made with fish straight from the harbour with Cajun spice, lime and avocado, and served with corn chips”.

The main courses are slightly heartier. There’s steak tartare and frites which you can order with whisky or cognac, a Cape Malay chicken curry, West Coast mussels steamed in white wine, and grilled meat dishes such as prime rib, ostrich fillet and roast rack of Karoo lamb. Plus, there’s a selection of salads and I’m told the seared tuna Niçoise is particularly good. The menu does not end there, though, and is diverse with a plate for most palates.

The atmosphere is informal yet elegant and attracts a wide clientele. At the table next to us a pair of dapper gents wearing fedoras are enjoying their oysters (the menu has three kinds to choose from), a young couple is lazily picking at their salad by the pool and a nearby table of jolly professionals happily order another round of G&Ts.

Oasis: a fertile spot in a desert where water is found

Situated in the heart of Cape Town, the restaurant is aptly named. Positioned at the water’s edge (read pool) it’s a reprieve from a day in the city. And that’s exactly how the chefs want you to feel, as if you’re taking a trip somewhere special.

Dion and Rudi’s relationship goes back seven years to the Saxon Hotel in Johannesburg where both were working at the time. When Rudi made the move to Cape Town, he brought Dion with. “It blew me away,” says Dion. “We weren’t tight, but I think he saw something in me. That’s what he’s like. Rudi’s a really nurturing mentor and he gives you the tools to be successful and for your abilities to shine.”

Dion describes his style as “passionate, colourful, flavourful and sometimes a little bit crazy”. His love for cooking is evident. “I’m Indian and in our culture food is very much a part of our home life. From the age of four I’d be in my grandmother’s kitchen. I went from a toddler peeling potatoes to making my own curries and atchar as a teenager.”

How does he want his guests to feel? “When you eat one of my dishes I want it to take you back, to a special memory, like the chicken tortellini I created to resemble a Sunday roast. The food has to leave you with a warm feeling.”

We polish off our lunch of mussels and steak tartare, and leave the restaurant feeling sun-warmed and suitably heart-warmed too.

Tip: Take a stroll through the hotel’s beautiful garden, which plays gallery to sculptures from Everard Read Gallery. 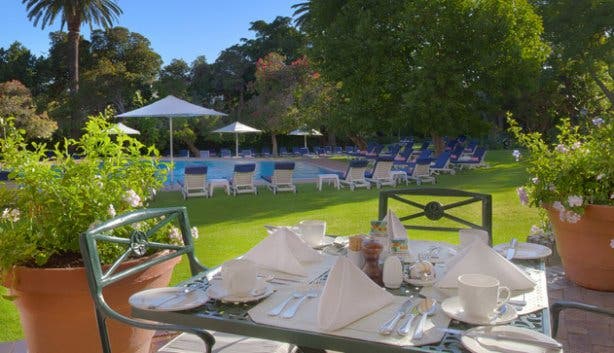 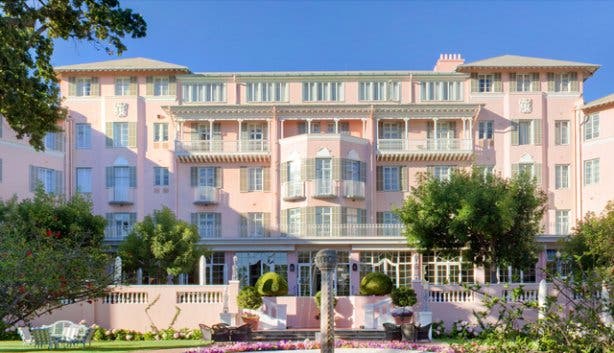 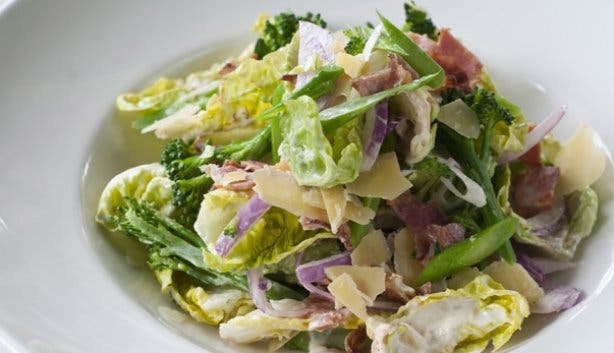 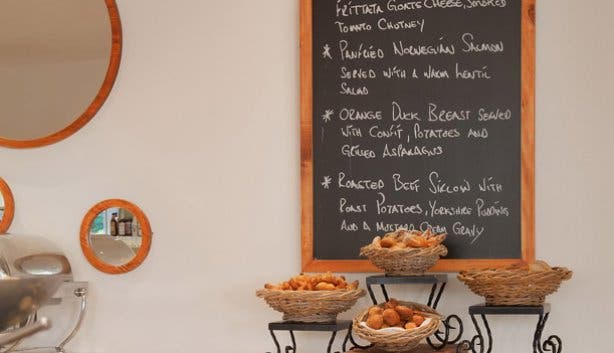 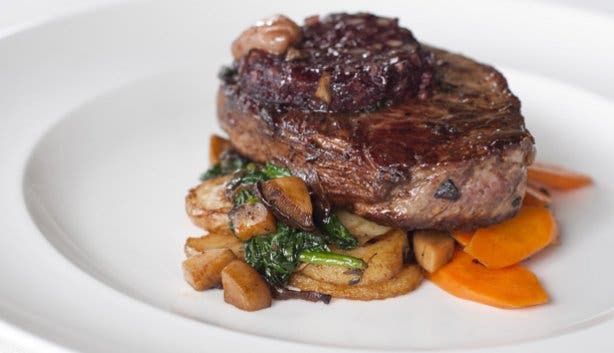 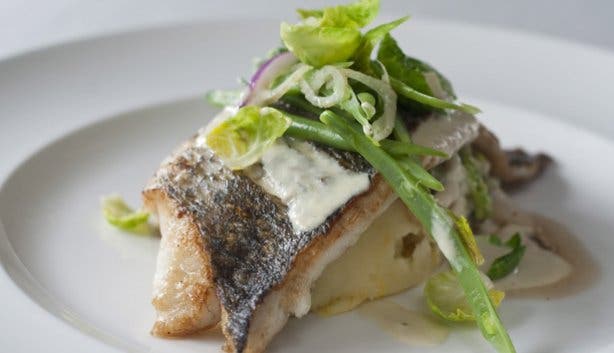 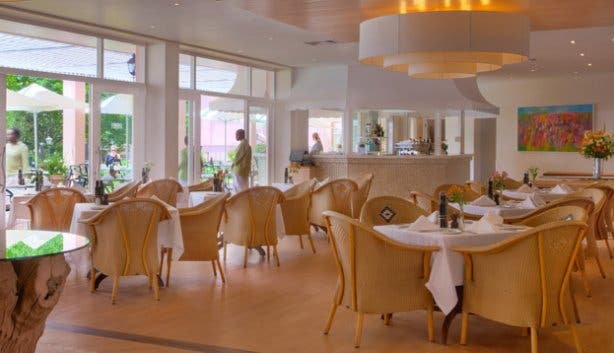