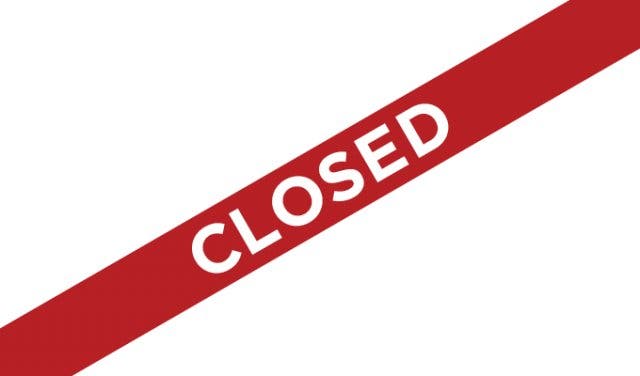 Even the most gifted da Vinci of the modern world would be hard-pressed to paint a picture as breathtakingly poetic as the one that woos the eyes from the several sea-facing balconies that jut out from Hermanus Beach Villa’s pearly white facade.

Balancing just above the famed cliff path that weaves its way along the coast of the Cape’s most popular whale-viewing region, the four-star guest house, which rests in the serene suburb of Voëlklip, lays claim to views of the ocean and shoreline so sweeping and uninterrupted that they all but swallow you up. With the pristine Blue Flag Grotto Beach to its left, the sands of Voëlklip Beach to its right and mammoth mountains rising up behind it, the villa serves up a delectable buffet of natural sights, made even more enchanting between June and December when the majestic giants of the Atlantic cavort right at its doorstep.

“You’d have to travel very far to find something else like this,” asserts owner Charl de Kock, an ex-Zimbabwean farmer who moved to Hermanus with his wife, Riana, to start a new life after they were forced off their land. “There aren’t many places where you can lie in bed, watch the whales and hear the waves.”

Though the spectacular scenery may seem as if it’s remained unchanged since the beginning of time, the B&B itself has not always been the gleaming beacon of romance and luxury it is today. In fact, when Charl and Riana, who, as if by destiny, actually met on these very shores as holidaying youngsters, first stumbled upon the three-storey property, it was little more than a rundown, outdated mess. Fortunately though, they were able to spy the spot’s great potential, and thanks to extensive renovations, which included adding on balconies, fitting in en-suite bathrooms and fashioning small front and back gardens, the couple has successfully created an elegant, yet surprisingly affordable, place perfect for starry-eyed pairs.

And indeed, today, the guest house is true honeymoon heaven. Aside from captivating vistas, it also offers the kind of privacy and seclusion craved by lovebirds and newlyweds (and just about anyone else seeking a restful escape).

“This is Hermanus like it was in the 1950s,” Charl says of the peaceful village of Voëlklip – it’s just outside Hermanus’s fast-developing town centre – and the slow lifestyle it affords. “You’ve got the beaches, you’ve got the mountains, it’s quiet, it’s safe, people walk around.”

Though, with a honeymoon suite as sumptuous as the villa’s, it’s likely couples won’t be walking anywhere. In this dreamy top-floor space wraparound glass windows flood the room with light and the seemingly endless seascape, a sizeable private terrace looks out over the idyllic coastline just below, a large bath makes for perfect sunset viewing territory, a roaring fire keeps the chamber cosy on cold winter nights and a small kitchenette means lovers need never leave these walls.

While this accommodation option is certainly the most magical, the B&B’s eight other rooms – there are five standard double quarters, two slightly larger deluxe units and a second luxury suite with a plush lounge area – are also supremely comfortable and well appointed.  All come with their own balconies (except for one of the standard rooms), spacious bathrooms, king-size beds covered in feather-soft percale linen (twin beds are also an option), block-out curtains ideal for late-morning sleeps, tea and coffee trays, mini bars and flat-screen televisions with DSTV.

Not to mention, because attention to detail is paramount at Hermanus Beach Villa, there are also other special extras, like heated towel rails, warm bathrobes and the fact that the friendly staff turn down sheets at night and sneak hot water bottles into beds on icy evenings – all thoughtful personal touches that come with the package when a place is run by owners as devoted as Charl and Riana.

Needless to say, as the guest house is also the duo’s personal home, it’s managed with much love and passion. The likeable pair is very hands on; will gladly book trips, tours and activities for holidaymakers; and can often be found chatting to guests in the handsome downstairs lounge and dining room, where visitors can enjoy a nightcap by the crackling hearth after dark or indulge in a hearty breakfast just adjacent to the property’s lush lawns in the early light of day.

Speaking of which, breakfasts at the intimate lodging have acquired the reputation of being rather “legendary”.  The cold spread includes everything from fresh pastries, yoghurt and fruit platters to cereals and tasty cheese selections, and as for the hot options, well, travellers can order almost anything under the brilliant Cape sun.

Though, it’s not only the variety that makes morning meals at Hermanus Beach Villa so memorable. It’s the picturesque panoramas that come with the setting (guests can watch whales play from their tables) and the sweet promise of yet another day spent amidst the tranquil charm of this little local piece of paradise.

Tip: The standard double rooms are connected via an interleading door and can thus be converted into larger suites for couples looking for more space or into two-bedroom, two-bathroom units for families of four (children are welcome during the winter months, but only on a case-by-case basis during the high season).

The Bill: Though you’d expect such lavish accommodation to come at a pretty penny, rates are actually incredibly reasonable; indeed, the villa really does, as its slogan claims, offer ‘luxury you can afford’. Guests should also ask about CapeTownMagazine.com specials.

Looking for family-friendly accommodation in the heart of this Overberg hub’s town centre? Read more about the contemporary Whale Coast Hotel in Hermanus. 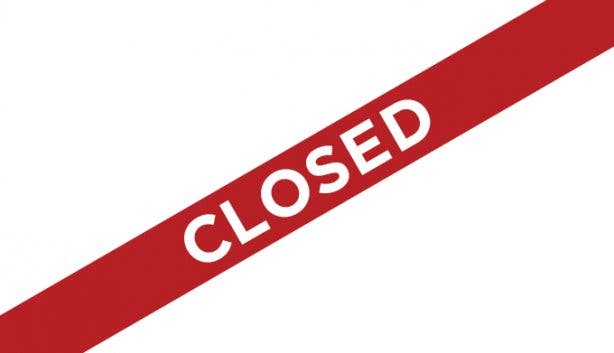 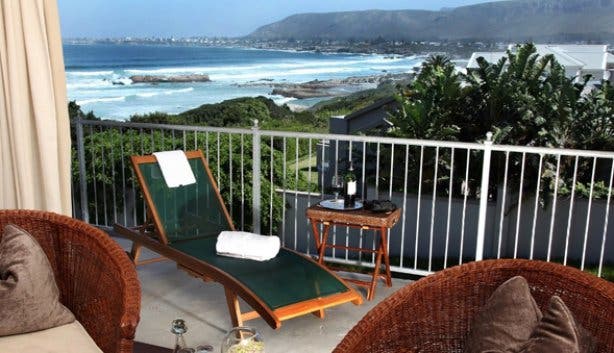 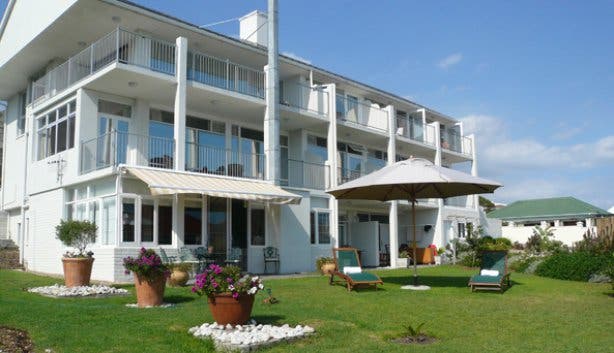 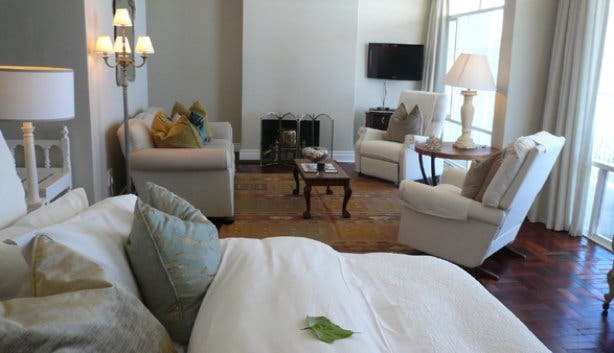 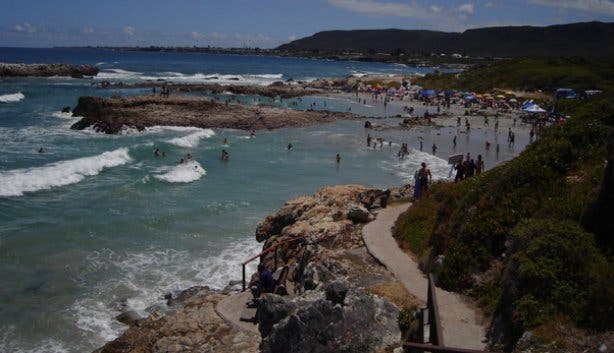 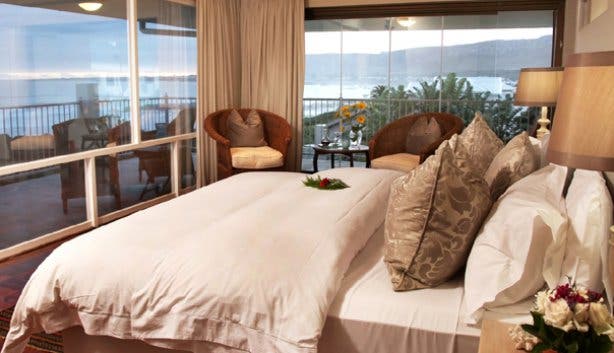 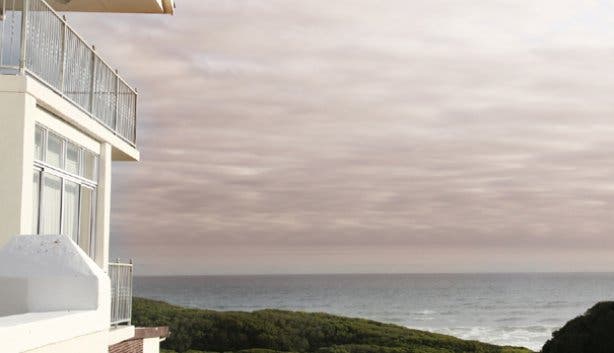 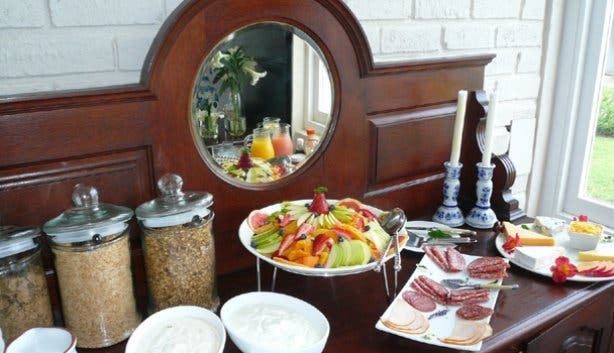 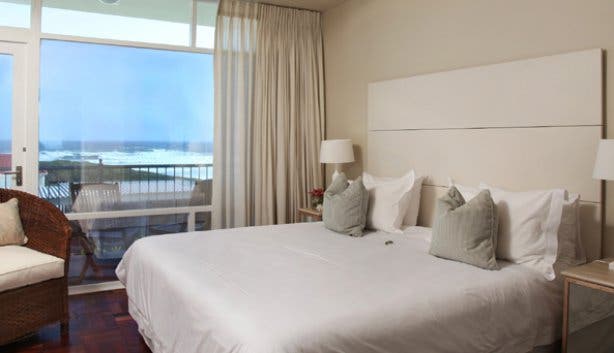