The proudly South African cider brand, SXOLLIE has made its first international mark by bagging three coveted awards at the prestigious International Cider Challenge in April 2016 – gold for Design and Packaging as well as the title of Supreme Champion in the same category and bronze for Flavour. Co-founder Laura Clacey answers our 10 Questions.

We [Laura and Karol] are producers, marketers and exporters of the most exciting new brand to hit South Africa, SXOLLIE cider. Mostly though, we are sitting behind our desks writing emails and talking on the phone.

I have always travelled a lot from a young age. My parents thought it important that my sister and I see as much of South Africa as we possibly could. My dad worked really hard, so most weekends we would leave Jo’burg after dark on a Friday and drive for hours just to see some random town for the weekend. One of my earliest memories is that excitement of arriving in a new place in the dark, in an unfamiliar bed, closing my eyes and imagining what it is going to look like in the morning. Then waking up with butterflies in my stomach, knowing I wasn’t in my own bed, getting up and opening the curtains and seeing a whole new world. I still get that feeling often! 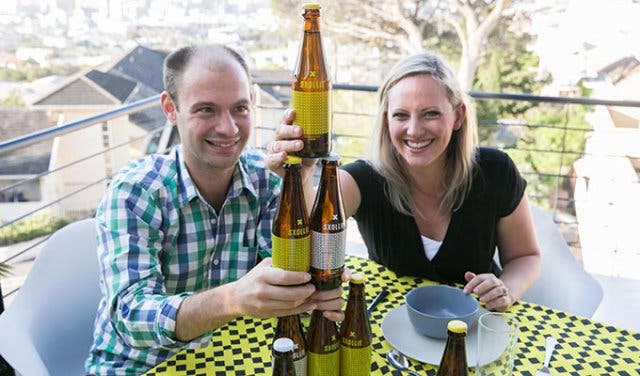 3.  If you could invite any three people, dead or alive, for dinner, who would they be and why?
Only three? That sucks. I would prefer to always have loads of people around my 14-seater dining room table. But I guess if I had to pick three they would be…
1. Sheryl Sandberg (COO of Facebook and author of ’Lean In’) – Sheryl has been such a motivating force for me since she wrote the book in 2013. It’s her voice that speaks to me when I feel a little insecure or find myself backing out of decision-making. I whole heartedly believe that the world would be a better place if there were more female leaders in it, but everyone needs to buy into this. I have brainwashed Karol into believing in her principles to the point where he now even points out when me, or someone else is ’leaning out’ so to speak. We have somehow managed to develop a complete 50/50 partnership, which extends throughout our entire life; from business decision-making, to child rearing, household chores and even driving. It probably wouldn’t work for everyone, but it works for us and confuses our parents big-time. Working in alcohol, I often find myself surrounded by machismo men and her words are like a step-by-step guide to navigating this and making sure my voice is heard. She also makes me feel less guilty about having children, but wanting to still have a full career.
2. James Watt (from Brew Dog) – I think what both James and Martin have achieved is nothing short of incredible. I have so many questions for James on building a quirky international brand. More than just having him to dinner, I would want either of them on speed-dial. James Watt’s book was a great start into understanding their model, but there are so many practical things I would love to get advice on.  I would like to believe that we are doing for South African cider what they did for Craft Beer in the UK… but I think they would laugh at me… they are so far ahead of the curve, we can only hope to emulate some of their many great achievements.
3. JZ (Jacob Zuma) – We are trying really hard here to hustle and create a truly special South African brand. We acknowledge and celebrate the “African Hustle” where things are done a little differently to the rest of the world and I think that is the beauty of living and working in Africa. BUT, really now, there are some things that we have experienced being young, ambitious entrepreneurs that just doesn’t make any sense. I would love to have a sit down with JZ and ask him if there is any rhyme or reason why for example; it takes so long to get a liquor license, why an affidavit which is really just a stamped piece of paper means so much and is so necessary, why they will only give Karol visa’s to work in SA for two years at a time despite the fact that he is married to me, why there are so many layers of unnecessary approvals required for every little thing we want to do from registering for SARS, to export, to registering for FICA and police clearance… and more, but I will stop there and tell him the rest in person.

But with that said, I don’t think these three would get along at all. The dinner would be a disaster! Can you picture the look on Sheryl’s face when JZ mentioned how many wives he has? Eish! 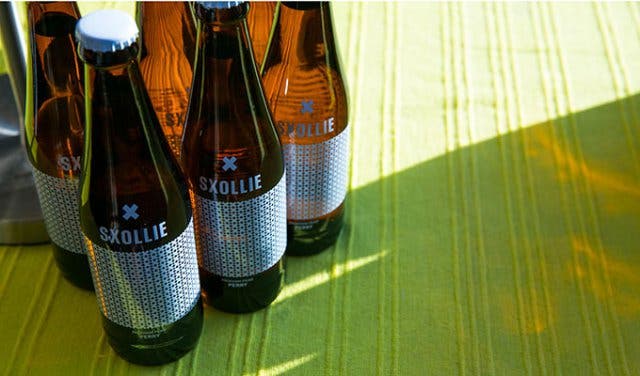 4. If you ever found yourself auditioning for a music reality TV show, what song would you sing and why?
I would never EVER sing a song in public! I am without a doubt tone deaf, even my daughter aged 20 months holds her ears closed when I sing. Although judging by her elaborate performances I fear she may have the same handicap. So, I would rather be the host of the TV show – now that always looks like fun – they get to dress up in beautiful clothes, encourage all the performers and have some friendly banter with the judges. They don’t have to deal with the nerves of having to stand on stage and sing their hearts our while still needing to dance and move around.

But we already do, there is a whole department dedicated to women, in fact. I think it is brilliant! In theory, we have the perfect looking system, the last thing we need is more new departments and more ministers.  I try to avoid politics, but I will say that I wish South Africa could have more knowledgeable people within our various departments, not more ministers. I have spent countless hours on the phone to so many government departments trying to find answers on how things operate in South Africa. Each and every time though, I get yo-yo’d from person to person before the phone line gets accidently disconnected by someone who doesn’t know how to transfer a call and I have to start again. I finally get through to the right department/ team but the person who knows the answer to what I am looking for is on leave. Sending e-mails is a worthless cause as only about 1% of the emails I have sent to government have ever been responded to. A simple question on for example, export can take weeks to get answered. But I guess, the beauty of running a business in South Africa is that you try and try, you will eventually get what you need. This means that if you have the tenacity to keep trying, you will succeed as anyone who is not as passionate about his or her cause will have given up on the first try. This eliminates competition. 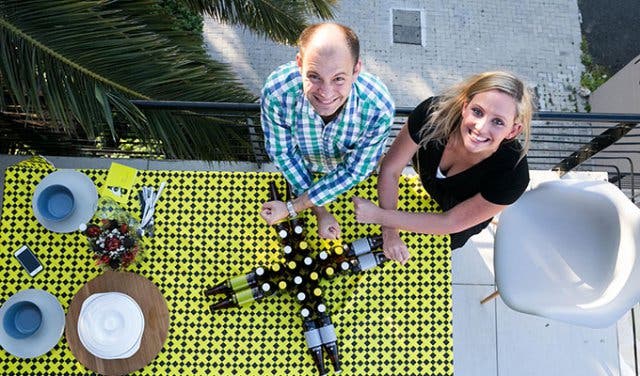 6.  What would you say is the biggest misconception about you?
My mum always says that I am bossy; I don’t think I am at all. Yes, I may be assertive, dedicated to completing a task and ambitious, but to me this is not bossy. In my mind, someone who is bossy is someone who believes that their ideas are the only correct ones and they are selfish individuals who are narcissistic in their beliefs. I am regularly persuaded to change course based on good advice from our team as well as others who have good advice. Strong females are often called bossy – ask yourself next time, that if it were a man who behaved the same way, would you call them bossy, or someone who knows what they want?

7.  What is your (honest) opinion of Cape Town?
I honestly LOVE Cape Town, there is no better town. Karol and I chose to live here after a long and complicated process all scribbled down on reams of paper. We had a shortlist of over 15 cities to live in, and Cape Town came up tops. We regularly reassess this list, and so far Cape Town is still the best city in the world to live in (for us at least). 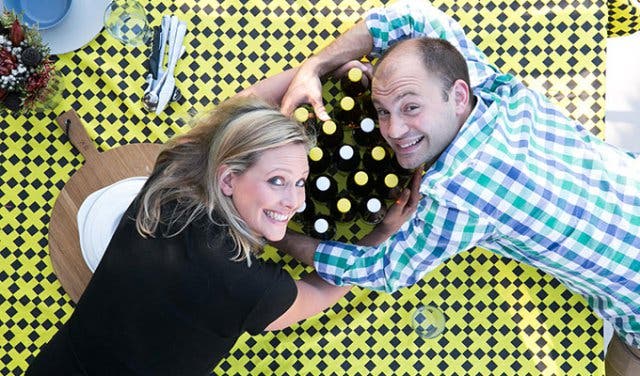 8.  What's the greatest fear you've had to overcome to get where you are today?
Fear of failure. It takes a special type of mind-set to run your own business. When we started this adventure, everyone told us we were mad to move back to South Africa after years in Australia, that we were mad to run a business together without either of us having a salaried job, that we would fight all the time, that you can’t be a mum and run your own business etc. It has taken us over two years to get to this point and for the first year, there was from an outsiders perspective, very little activity going on. I think everyone thought we were chilling on beach all day. I used to lie in bed at three am and panic that everyone was right. Luckily, so far we have been really lucky and our 16-hour days are starting to pay off.

9.   What's the one thing you'd like to achieve before you die?
This one is easy… to have a well-run and managed global brand that we South Africans can be proud to call our own. I think the day a young entrepreneur asks me for advice will be the day I think to myself, wow, I’ve done something right!

10.  Which well- known South African personality would you, without a doubt, be able to beat in a street fight and why?
Haha. Maybe Suzelle DIY, I reckon I could take her on, or at least give it a good go… but only if she wasn’t allowed to take her home-made weapons along to the event. 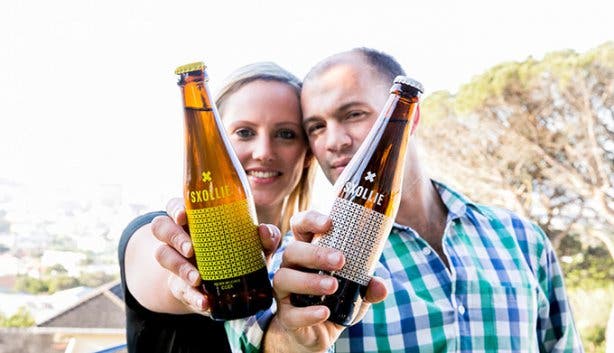 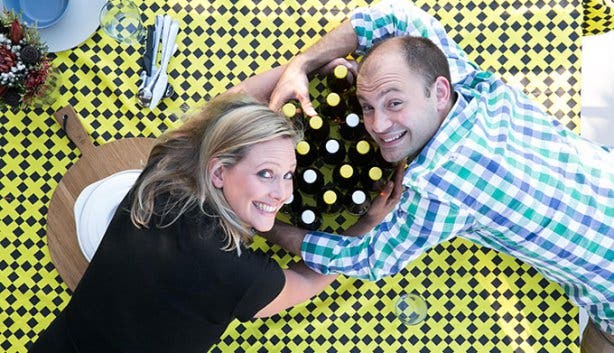 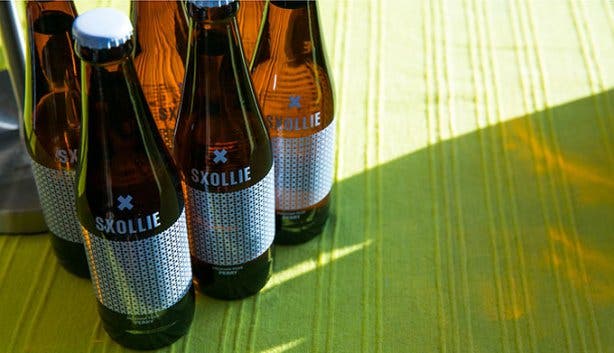 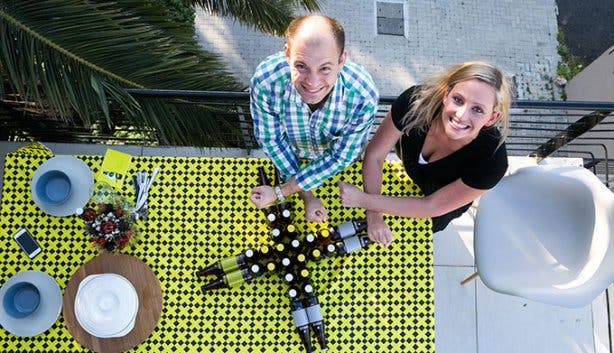 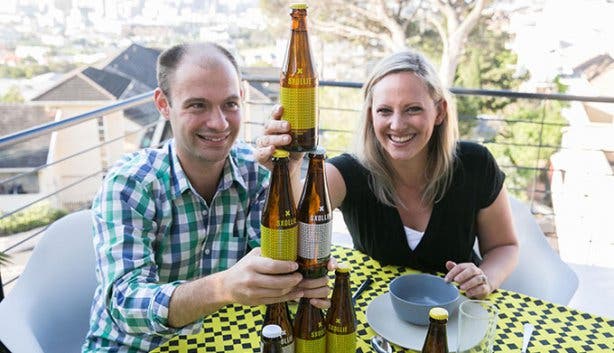