Wedged between the mountain and the sea, the quaint hamlet of Hermanus has been rated by the World Wildlife Fund (WWF) as one of the twelve best whale watching locations in the world, and it is often regarded as the heart of the whale route.

This story-book fishing village along the southern coast is, arguably, one of the Western Cape’s most breathtaking destinations and is complemented by a range of fine restaurants, art galleries, boutiques and more. It’s no wonder that pods of whales pack their sunscreen and beach towels, bound for the sheltered bays and coves of Walker Bay. Southern Right whale
This whale is distinguished by callosities (calluses) on its head, a broad back without a dorsal fin and a long, arching mouth that begins above the eye. These mammals often swim close to the shore: if the looming shadow of a big fish at your hotel window leaves you cowering under the duvet, it’s probably real.
Interesting fact: an adult female can weigh up to 80 tonnes. Male Southern Right Whales have, what are arguably, the largest testicles in the animal kingdom: each weighing about 500kg.
Best time to spot them: July – November.

Humpback whale
The humpback has a distinctive body shape, with long pectoral fins and a knobby head. Curious about their environment, they will approach whale watching boats closely, often sunbathing near the boat for a while. They pass through Hermanus on their way to a scuba diving holiday in St Lucia.
Interesting fact: Male Humpback whales produce complex songs, sometimes lasting 10 to 20 minutes long. These songs are often repeated for hours at a time, and while scientists have not yet figured out the tune’s porpoise (ahem, purpose) some believe it is related to mating rituals.
Best time to spot them: May – December.

If you haven't yet seen the marvel of this mega creature, check out this video performance.

Bryde’s whale
Bryde’s whales are named after the Norwegian consul to South Africa, John Bryde, who helped set up the first whaling station in Durban. They are medium-sized, dark grey in colour with a white underbelly.
Interesting fact: Bryde’s Whales can reach depths of up to 300m while diving and can stay submerged up to a maximum of 20 minutes!
Best time to spot them: all year round.

You can also spot: Orcas, although sightings are occasional. LAND BASED WHALE WATCHING:
“While sunbathing at a local beach, I can sometimes spot up to five or six whales, just behind the last set of waves,” says a Hermanus Tourism representative.

As Mzansi’s capital of whale spotting, Hermanus offers residents and visitors alike a number of vantage points to spot these deep sea divers. Whether you’re sunbathing along the beach, perched atop the 12-km cliff with its panoramic view or simply waking to an unobscured view of the ocean, chances are high of spotting a giant tail or a breaching whale.

Gearings Point is a popular spot that offers a panoramic view of the bay; viewing terraces at the Old Harbour make it possible to spot Southern Right whales; and spotters can also catch a glimpse of breaching whales at Dreunkrans, Windsor Bay, De Gang, Siever's Point, Kwaaiwater as well as Voëlklip and Grotto beaches.

The Whale Crier
When Southern Right whales come to the warm waters of Hermanus to mate and calve it is the job of The Whale Crier to alert shore-based whale watchers to the whereabouts of whales, by blowing a message, via a horn made of kelp. A sandwich board around his neck informs visitors how they may interpret codes. For updates on whale whereabouts, call +27 (0)78 1159214, or the whale watching hotline on +27 (0) 28 312 2629.

Whale, Wine and Wors Tour by Wine Flies
Since you’ve dedicated a day to enjoying some of the wonders of the Western Cape, why not use this opportunity to investigate the vineyards in the area with the Wine Flies’ Whale, Wine and Wors tour? The boutique wine tour operators will take you on a trip through the Hermanus and Elgin region to indulge in the three W’s: whales, wine and wors. Francois van Binsbergen and the team behind Wine Flies take you on a curated tour of the region, stopping for some land-based whale watching. They escort you to the quaintest and best-kept vineyards and pair those experiences with one of South Africa’s delicacies, droewors. A fun-loving, enthusiastic wine lord will pop past Grabouw for a boerewors and cider pairing. Transport, food and drink are provided, so all you have to do is sit back, relax and enjoy the ride with the Whale, Wine and Wors tour. African Wings
“The biggest advantage of aerial whale watching is that you are able to see the whole whale, as well as its calf,” says owner of African Wings, Evan Austin, “If a mother lies on her back with her stomach on the surface, the calf will try repeatedly to slide up on her stomach, where it will lie between her pectoral fins for a stroke.” On your private, 30-minute flight (max. 3 passengers); you’ll see whales playing, mating and breaching, unaware of human presence. African Wings have been known to spot up to 198 whales, during one 30 minute flight over Walker Bay.
Weltevrede Airfield | Stanford | +27 (0) 28 312 2701 Hermanus Whale Cruises
“The best way to view whales is by boat,” enthuses manager, Phillipus May, “you interact with them and are far better informed of their behaviour, which makes for an exhilarating experience.” Your two hour cruise includes cool drinks and snacks, as well as hotel transfers. Southern Right Charters
“Observing, not disturbing” is the motto of the ‘Miroshca’ – a luxury catamaran, built with passenger safety in mind. Four different viewing levels and outside walking areas provide an opportunity to get up close with curious whales that swim right up to the vessel. The Whale Museum
Noel Ashton uses paintings and scientific illustrations to tell the fascinating story of underwater lives of Southern Right Whales. His daily show, at the Whale Museum, is sponsored by the International Fund for Animal Welfare.
The Whale Museum | Behind Market Place | Hermanus | Western Cape | +27 (0)28 312 1475

The Hermanus Whale Festival
Thousands of enthusiastic visitors come to Hermanus for the annual whale festival, which marks the return of the Southern Right whales to the waters of Walker Bay. This year the event is happening in October and there’s live music, art exhibitions, colourful stalls and food stands.
Main Road | Hermanus | Western Cape | +27(0)21 313 0928

Make a weekend of it and have a look at these accommodation options in Hermanus. If you can only stay for a day, here are our must-do tips for a day trip, and for the more adventurous, we’ve got an overview jam-packed with awesome activities.

Looking for a luxury Hermanus hotel getaway? Reward yourself with one of our exclusive Arabella stay, play and spa package deals. 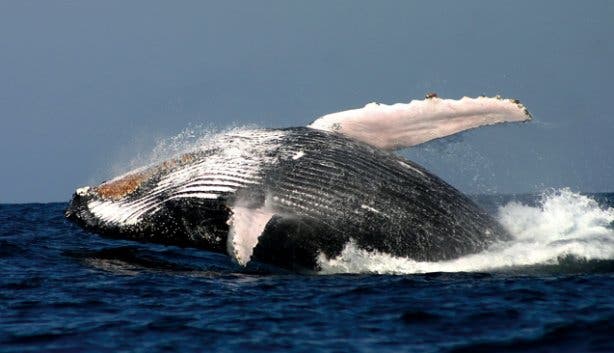 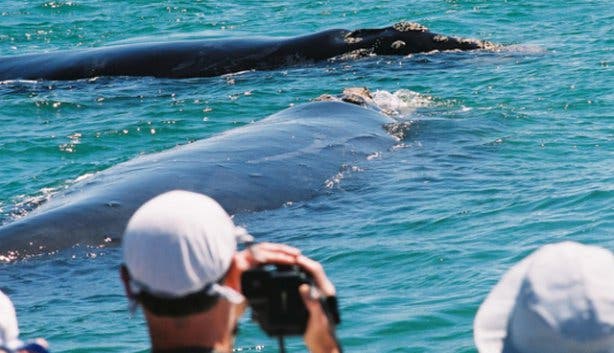 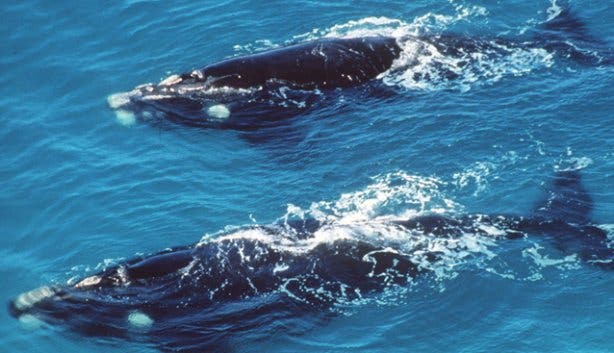 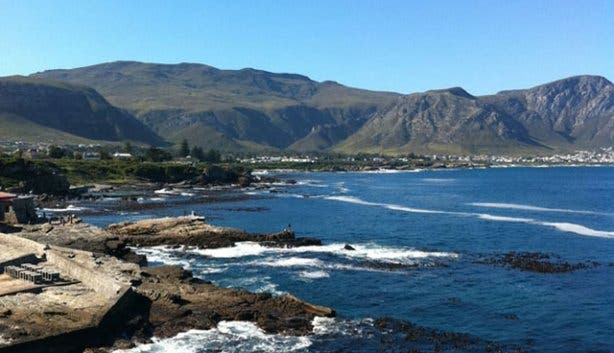 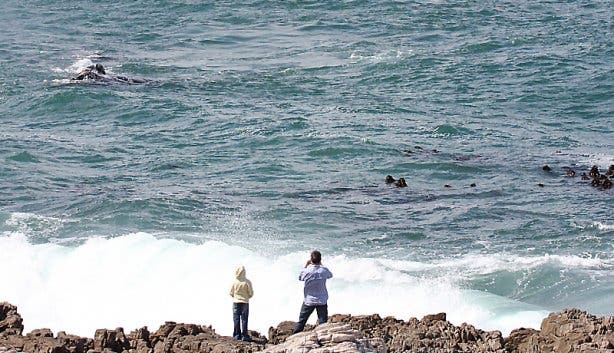 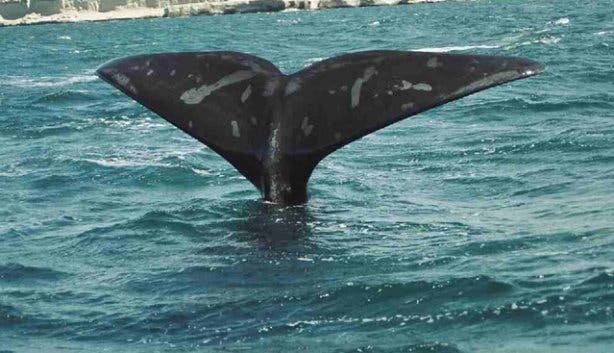 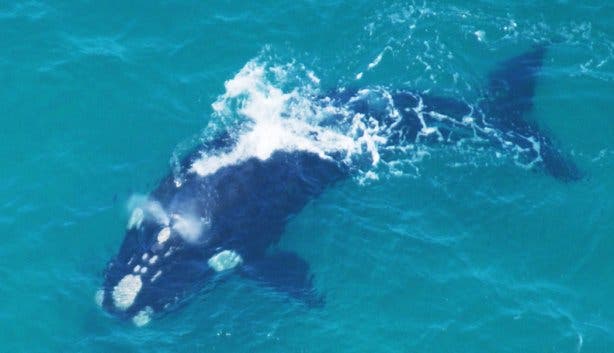