Rare sightings of a whale generated a lot of interest from guests of nearby restaurants at the Waterfront Harbour.

Visitors to Cape Town’s V&A Waterfront often spot marine animals such as the Cape fur seals frolicking in its harbour. However, this past weekend, they were treated to an extremely rare sighting of a Dwarf Sperm whale - the smallest whale species in the world.

Dwarf Sperm whales are not often sighted at sea, as they prefer the deeper mid-levels of the ocean, mainly feeding on squid and crab. They are quite small, smaller than a dolphin, growing up to about 2.7-metres in length and weighing in at approximately 250-kilograms. The majority of information about these whales comes from the study of stranded carcasses, which is a clear indication of its exclusivity.

Simon Elwen, a researcher at the Mammal Research Institute, located at the University of Pretoria, says it is quite rare to see a live free-swimming animal so close to shore. 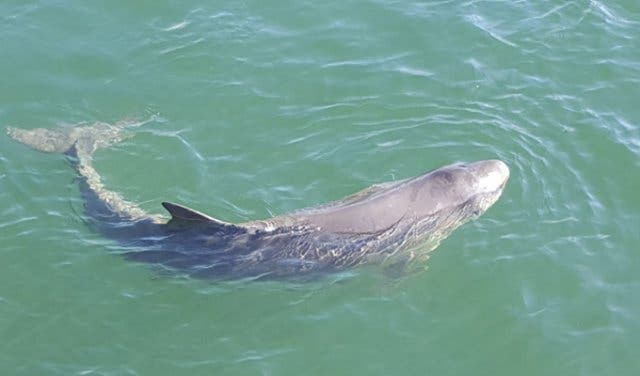 Sion Stanton, a wildlife photographer - based in Cape Town, visited the V&A Waterfront on Friday, 11 November, to see the rare whale. “I spotted the Dwarf Sperm whale at around 08:10 in front of the Quay Four restaurant. I watched it for about an hour, as it swam in circles, moving around the basin.” Stanton added that a member of a dive company, based at the Waterfront, confirmed that the whale had been spotted swimming in another basin for almost two weeks.

Andre Van Kets, owner of a car hire company in Cape Town, says a rare sighting of this magnitude just adds to South Africa’s rich diversity of wildlife. “South Africa is blessed with the Big Five, the Small Five and to have a rare species such as the Dwarf Sperm whale on our shores at the iconic V&A Waterfront - one of Cape Town’s top tourist attractions - just illustrates how incredible our country’s biodiversity is.” 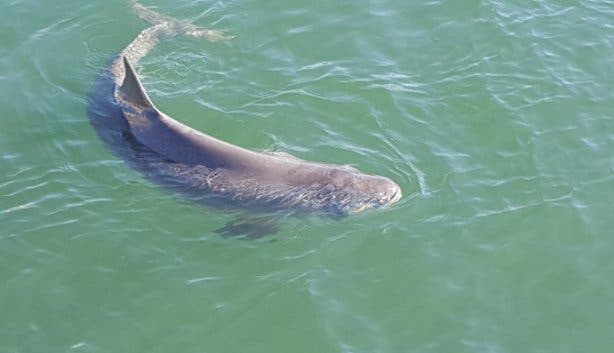 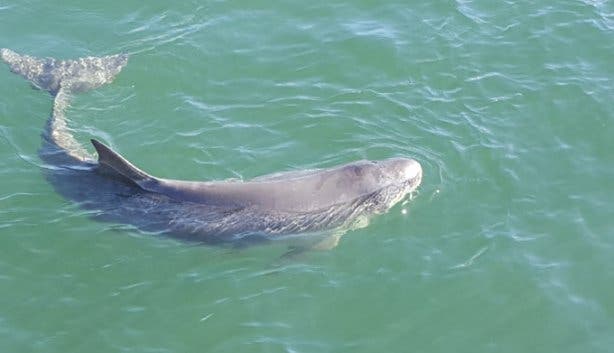 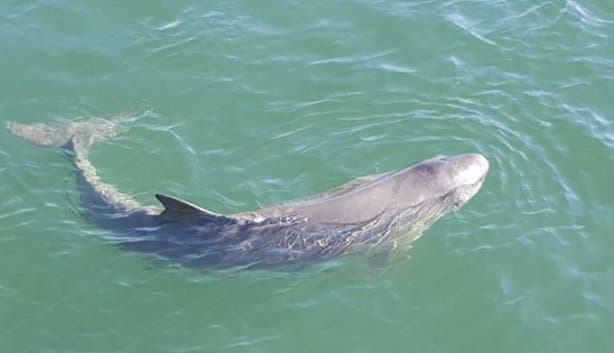