Watch the First Video of The New White Rhino Born in The ...

The world has a reason to come to Cape Town this week. A gorgeous white rhino was born on the morning of Sunday, 26 November 2017. This gorgeous new born comes as the second, from the same mother, in two years.

The calf, whose gender remains undetermined, hasn’t left its mother’s side since its birth. The pair can be seen in exclusive footage below, enjoying the warming summer sun:

Staff members at the 4-star game lodge are pleasantly surprised to see how easily the rhino cow took to her baby. You might recall the bittersweet story of Osita; born in December 2015 and subsequently abandoned by his mother, the same rhino cow.

Osita has since been under the care of conservation organisation Saving Private Rhino. He is a healthy and strong bull in his last stages of rehabilitation, before being let back into the wild.

Although the Aquila team are elated about the new addition to the family, Searl Derman, owner of the private game reserve, remains concerned about the global rhino poaching crisis. White rhinos are not endangered, though they are near-threatened.

Discover the other special experiences at Aquila Private Game Reserve. You can explore the game reserve's wildlife up close and personal on a normal game drive as well as game drive on a quad bike or a unique horseback game drive.

At least you now know another place where you can see white rhino in South Africa. Also, don’t forget to follow us on Twitter, like us on Facebook, join our Google+ circle and check out our Pinterest boards for updates. Not to mention, subscribe to our newsletter to keep up to date with what's hip and happening in our pretty city.

Watch the First Video of The New White Rhino Born in The ... 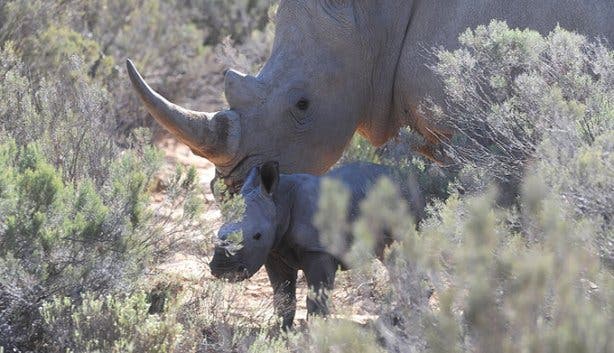 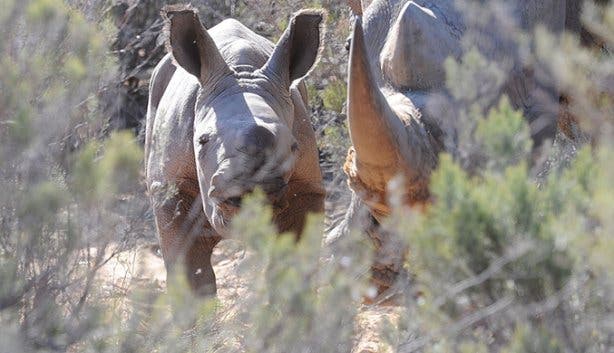