The sangoma is revered as a holy man or woman within the tradition of Zulu, Xhosa and Ndebele native people. Sangomas have always been a crucial part of African and South African tribal life and customs. As healers of wounded souls, councillors and traditional medicine practitioners they are the nucleus of order in their society.

The World Health Organisation (WHO) estimates that up to 80% of the population in Africa makes use of traditional medicine but negative press, charlatans, lack of government regulation and lack of understanding could possibly destroy Africa's deep seated cultural values.

It is believed that sangomas are called to be healers by an initiation illness which could be psychosis, headache, stomach pain, shoulder or neck complaints. Training to become a sangoma is known as 'Thwasa' and involves learning humility to the ancestors, purification through steaming, washing in the blood of sacrificed animals and the use of Muti (Zulu medicines) with spiritual significance. During 'Thwasa' a goat will be sacrificed to call the ancestors.

"When people are more connected with their own spirits, there is less of a desire to destroy or put down another," says one of the first white sangomas, John Loxley

Sangomas are regarded as a psychic phenomenon and have direct access to advice and guidance from the ancestors via possession, throwing small bones and objects and interpreting dreams. Steeped in ritual they work in a sacred healing hut or Ndumba, wear specific coloured clothes and quite often wear the gall bladder of the sacrificed goat in their hair.

The sangoma will investigate spiritual reasons behind symptoms before administering purgative methods and enemas which facilitate the polluting essence to leave the body. They will use a variety of roots, bark, herbs, flowers, land and animal products when making Muti. Muti can be drunk, smoked, inhaled, used for washing, smeared over the body, given as enemas or rubbed into an incision.

"South Africa is one of the few countries in the world with a police unit dedicated to investigating occult crimes" – Jane Flannagan, Scotland on Sunday, 14th July 2002

The media has instilled fear and misunderstanding with negative reports of patients becoming the victims of extortionists, sexual assault dressed up as ritual and serious medical problems caused by Muti.

According to Mark Griffin, Sasoun Keshish and Eric Perrella opportunistic sangomas will resort to use of human body parts and vital organs in order to enhance personal power, health and bring good fortune in a practice that dismembers it's victims whilst still alive. With at least 300 Muti murders in South Africa over the last decade the death toll is increasing and is as far reaching as Europe.

Inspired by the popular myth that sex with a virgin is a cure for the HIV/AIDS carriers are targeting girls under eight years old. In 1999 Ashen Singh, a magistrate at Camperdown in the KwaZulu-Natal Midlands, told the South African Times that at least five child rape cases were being dealt with every day which the paper attributed to this myth.

"Because it's such a sensitive issue with racist overtones people don't want to confront it," says University of Durban-Westville anthropology lecturer and researcher Suzanne Leclerc-Madlala.

Advocates of Western medicine view Muti as primitive and believe that ritualistic practices including enemas can cause gastrointestinal problems and multiple use of razors used to make incisions may transmit HIV. WHO say that counterfeit, poor quality or adulterated herbal products in international markets pose a serious threat to patients.

"I am not a charlatan or a sensationalist. I am an old man who has seen much," says spiritual leader of many sangomas and traditional healers across South Africa Credo Mutwa.

Whilst the disreputable conduct of some traditional healers may have deserved negative press the Treatment Action Campaign (for the rights of people with HIV/AIDS) writes that the role that ethical and well educated traditional healers can play in South Africa's response to HIV/AIDS and efforts to build up its health system has been ignored. But some NGO's and other institutions recognise the important role that sangomas play in providing counselling and branches of the NGO Lifeline have provided workshops and training.

Due to the high cost and technologies involved in Western medicine many South Africans are dependent on traditional healers and interest has recently been expressed in integrating traditional medicine with the national health care system.

In 2003 The South African government drafted the "Traditional Health Practitioners Bill" which recognises the unique circumstances of traditional healers, sets professional and ethical norms and standards and seeks to empower traditional health practitioners to regulate their practices. The bill also included a regulatory body whereby only registered healers would be able to practice medicine and in 2003 The Medical Control Council (MCC) established a virtual reference centre for traditional medicines called the 'National Reference Centre for African Traditional Medicines' (NRCATM).

"If the same strict standards of safety, efficacy and ethics that are applied to Western medicine are applied to traditional medicine no discrimination towards sangomas should be tolerated," conclude Treatment Action Campaign.

---
For the low-down on Ubuntu, Toyi-Toyi and Nelson Mandela be sure to check out our What's the deal with...? Section.

In need of first-aid? Have pharmacy medicine delivered for free in the CBD. Also discover insights around seasonal ailments and medicine in Cape Town. 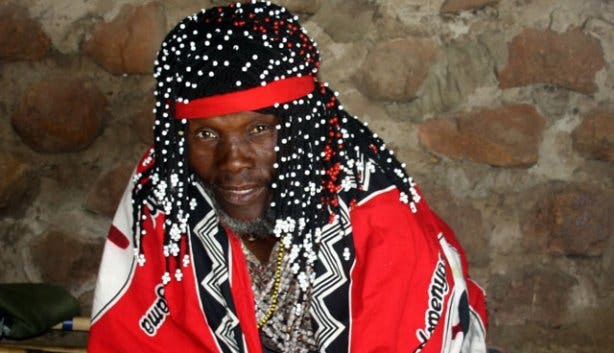 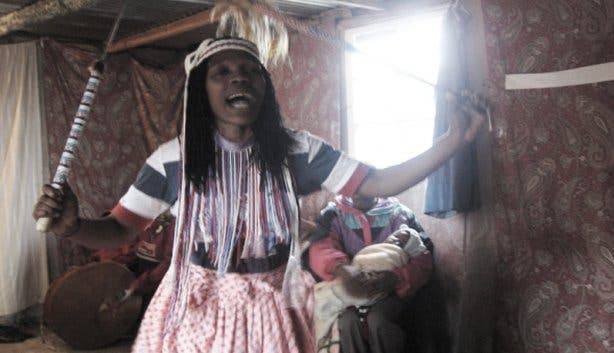 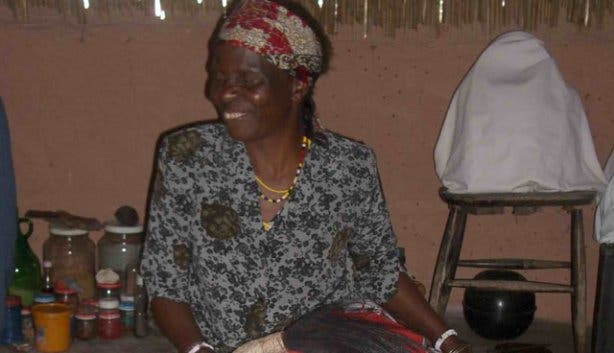