The toothy truth behind the Cape Flats smile

The origin of the Cape Flats smile, more commonly known as a passion gap, has long been regarded as one of Cape Town’s biggest mysteries. This form of dental mutilation/modification, which involves a person removing their front incisors to leave a small mouth chasm, has become as synonymous with the Mother City as Table Mountain, gatsby sandwiches and the Kaapse Klopse; yet, very little concrete information about the motivation behind this so-called craze exists.

Some claim that a Cape Flats smile is a distinguishable feature of all coloured Capetonians. Others insist that it’s a form of fashion, and then there are those that say it’s the result of medical reasons.

We wanted to know the truth though: can this act of tooth extraction be pinned down as a rite of passage, ancient ritual, social trend or consequence of poor dental hygiene?

What the numbers say

Over the course of our research, the first thing we realised is that though the evolution of this practise hasn’t been so well documented, a few academics have conducted relevant studies. Most recently, two Cape Town-based academics compiled an in-depth report that assessed popular ideas and theories surrounding this fad and that addressed anthropological studies and archaeological findings that could shed some light on the phenomenon.

University of Cape Town (UCT) lecturers Dr Jacqui Friedling and Professor Alan Morris polled 2167 Cape Town residents between the ages of 15 and 83 from eight neighbouring areas in the Cape’s Northern Suburbs. They found that 41% of the group had extracted their teeth, and of those who had, 42.6% did so due to peer pressure, 36.3% did so to be fashionable, 11% did so because of medical or accidental reasons and 10.1% did so because of gang influence.

The second interesting point that we came across is that passion gaps may have much more of a historical background than originally thought. In fact, archaeologists and anthropologists have documented several instances of African tooth alteration throughout the centuries, some dating back as far as prehistoric eras. These modifications varied according to tribe, area and culture, and skeletal remains have been found with filed, chipped, stained and even jewel-encrusted teeth. The first evidence of dental modification in South Africa was found in the Broederstroom area (close to Pretoria) in skeletons that date back to the late Iron Age (approximately 1500 years ago or 500AD).

Other tales even claim that Cape Malay slaves would purposefully extract their teeth to take back control of their bodies, and then there are theories that assert that slave masters removed their slaves’ teeth to prevent the captives from biting through their ropes when they were tied up at night. We even came across some rumours that state that the Bushmen were relieved of their pearly whites to stop them from being able to ‘click’ in their mother tongue.

What the grapevine says

Of course though, we couldn’t delve into the 123s of passion gaps without talking about the origin of the nickname. One of the most widely purported myths about the Cape Flats smile posits that coloured Capetonians extract their top four incisors for sexual reasons, which, incidentally, is where the term ‘passion gaps’ comes from. While some gap-wearers have confessed that kissing without front teeth is better, it stands to be determined whether those with a Cape Flats smile are truly better lovers.

Fishermen, on the other hand, insist that their people starting extracting their anterior teeth so that they could whistle louder and better, a skill needed on the rough and rowdy seas. Interestingly enough, it has been said that older fishermen in Canada also removed their teeth to communicate while out on the open waters.

What the catwalk says

Throughout our research, the one constant that seemed to surface and resurface is the fact that passion gaps are fashionable. And even though you won’t see runway models – anywhere – sporting major gaps in their front teeth, the general consensus is that the toothless grin is as much of an accessory as jewellery and that having dentures (especially decorated ones) is cool and very stylish.

That said, it’s unclear how this particular look came to be en vogue. According to a 16-year-old learner from Manenberg, very few actually have their choppers removed to emulate rappers who sport grills. He claims, rather, that many people have their teeth extracted for aesthetic reasons, removing infected or ugly-looking (not-so) pearly whites.

There is a growing belief that the trend of dental modification has strong ties to gang initiations and prison life, but there is very little concrete evidence to support this theory. A high-ranking member of one of the biggest crews in the Cape revealed that the actual act of tooth extraction has, to his knowledge, very little to do with gang initiations. On the contrary, he reports that getting decorated dentures and grills is a trend amongst the upper echelons of criminal organisations. It seems that dental fixtures become symbols of status, with some inlaid with diamonds, gold, platinum and other jewels; these sets can cost R15, 000 and up. Often, gang members will have symbols embedded in their false teeth to show their affiliation with a particular group.

In the end, while it seems like pinning down the root of this dental craze is about as easy as growing a new molar, one thing is for sure: it doesn’t seem as though passion gaps will be going out of fashion any time soon.

PASSION GAPS IN THE MEDIA: PERSONAL ACCOUNTS OF THIS DENTAL TREND

---
For more updates on goings on in the Mother City, subscribe to our newsletter and if you have a smartphone, add m.capetownmagazine.com to your home screen for quick access on the go! 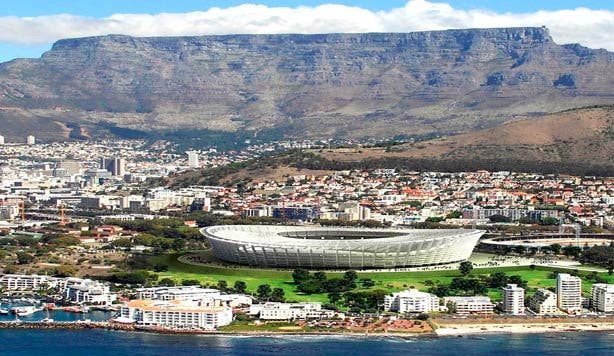