There are few vistas on this earth so beautiful that you never tire of looking at them. Two Views in Cape Town commands not one, but a pair of these rare unicorns.

From the road, the luxury Camps Bay villa looks like nothing special: a wan driveway, a stairway downward and the glimmer of a rooftop the only signals that, beyond the greenery so commonplace in this affluent seaside suburb, there may be more to see. But coyness comes to an end at the door. Standing on the property’s expansive wooden deck with the exclusive beach house unravelling around you is a bit like straddling the confluence of two worlds.

Out in front, the Atlantic Ocean races to meet the sky at the horizon. Behind, the rocky gaze of Table Mountain’s Twelve Apostles lifts upwards towards the heavens. One view seems mythological – the playground of Zeus and the Titans, the site of atomic sunsets; the other feels biblical – the final interlude before the gates of Paradise.

As owner Andrew Came sums up with a twinkle in his eye, “It’s definitely got the wow factor.” In 2012, after he’d spent 15 years building and operating a top-end boutique hotel on the idyllic Likoma Island in Malawi, he took over the eight-bedroom private villa (sleeps 16) and transformed it from an off-the-radar shoot location known and loved by international fashionistas and the beautiful people to a place the general public could come to feel like a million bucks for a far lower price. “There aren’t many properties like this in Camps Bay, or Cape Town, for that matter,” he says with a knowing smile. “Most of the other places are all glass and concrete and steel; this place has soul.”

Comprised of three levels that cascade down from the main house in robes of white and with accents that sing of the sea (driftwood, bamboo and smooth stone), the magnificent accommodation is as perfect for an extravagant wedding pre-party or stay-and-shoot production (it’s been the backdrop of many a front cover) as it is for a group of friends or a band of couples looking to bring the high life within reach. With the sleeping quarters spread out across each of the floors, two separate infinity pools tumbling down from the decks and a seemingly endless array of outdoor chill areas, the space gives visitors the chance to really make themselves at home and keep a firm handle on how much time they spend socialising or cavorting in more secluded nooks and crannies.

Andrew rents out the villa on a self-catering basis, but, for those who aren’t so keen to bake anything other than themselves under the warm African sun, he can also organise a private chef. Regardless though, two staff members are on hand during the day to keep the marble floors sparkling and the fully equipped kitchen spick and span.

Not to mention, the good news is that while the villa may very well make you feel as if you’ve been whisked away to a secluded Mediterranean kingdom, in reality, Camps Bay’s iconic strip is just down the road and Cape Town’s pitching, heaving central area is right over the mountain.  So, if you’re looking to conquer the Mother City’s epic nightlife or storied culinary scene, you won’t need to travel far.

As Two Views is a private villa, it can only be rented on an exclusive full-property basis (not per room). It sleeps 16 people in eight bedrooms (with seven bathrooms) and comes with two daytime staff on duty from Monday to Friday. As mentioned, Andrew can rent it out on a self-catering basis or can throw in a private chef at an additional charge. During high season, the villa goes for as little as R1000 per person per night (based on 16 people sharing), but ask for the CapeTownMagazine.com special.

1. Stay-and-shoot Productions: With its sweeping sea views, countless angles and flawless, white décor, Two Views is a production team’s dream location. It’s versatile, it eliminates the need for a long commute between hotel and venue with loads of equipment and it’s the kind of spot that makes everyone feel beautiful. In the past, the property has hosted European fashion catalogue and stills and commercial shoots.

2. A Pre-wedding Party and Bridal Accommodation: Before you tie the knot, toast to the people who’ve been there every step of the way with a relaxed pre-nuptials celebration at Two Views. The expansive deck and large communal seating areas make for a prime party atmosphere, and out-of-town guests can stay the night and the whole wedding week too. They can thank you later for arranging their second honeymoon.

3. Joburgers in a Cape Town State of Mind: Go on, you’ve earned it. What’s the fun in working hard all year if you can’t get a group of your best mates together for a little foray into the lap of luxury in a city famous for its hedonistic charm? Two Views has all the necessary trimmings: two pools, a braai, a bar area, flat-screen televisions and more. Not to mention, it sleeps 16, and you know the rule: the more the merrier. Plus, if you fill it to capacity, the nightly per person rate may very well be cheaper than the cost of lodging in a three-star Cape Town hotel during high season.

4. An Unforgettable Family Holiday: Travelling to Cape Town is no easy feat. Located way down at the southernmost tip of Africa, the Mother City begs a special kind of trip with a special group of people. So, why not go the whole nine yards and live it up in a special kind of villa? Thanks to the property’s multiple levels, different parts of a family can steal away to their separate living areas or the whole clan can relax, wine, dine and play together. Keep in mind, the villa can be surprisingly affordable compared to the price of renting multiple hotel rooms for a large group.

5. A Close-knit Couples’ Romantic Getaway: Throw in with a few other duos and land the kind of romantic getaway that would otherwise prove rather elusive. As mentioned, Two Views provides more than enough ‘me’ space, so when you and yours need some quality time away from the crew, it’s not a problem. Otherwise, just enjoy each other’s company in the gorgeous communal areas and relish the chance to feel like a million bucks for a far lower price.

So, now you know where to stay, but perhaps you’re wondering where to play in this stunning seaside suburb. Here’s the lowdown on Camps Bay’s nightlife. 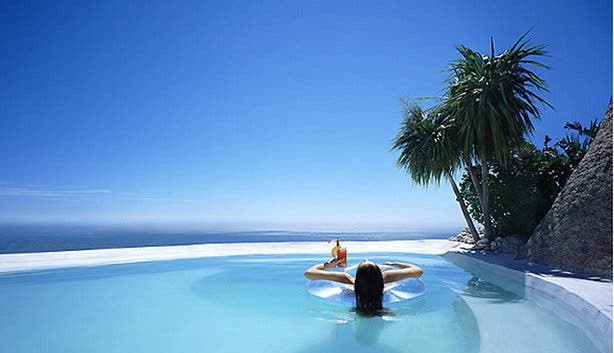 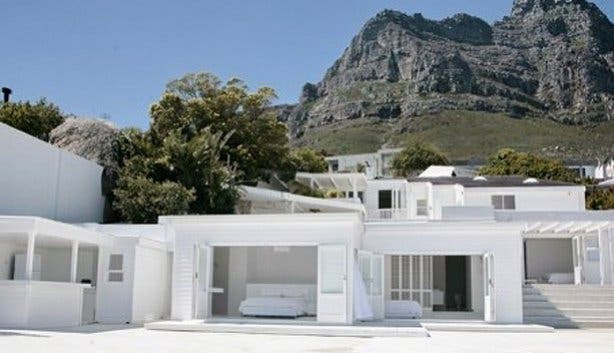 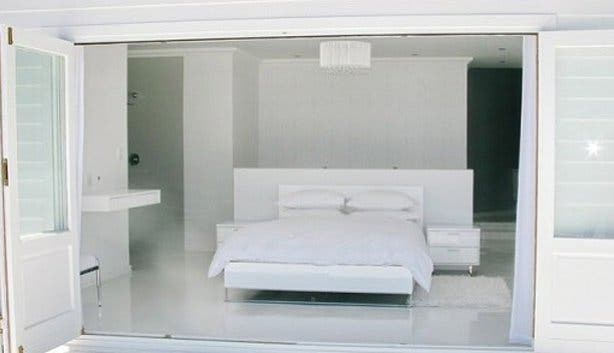 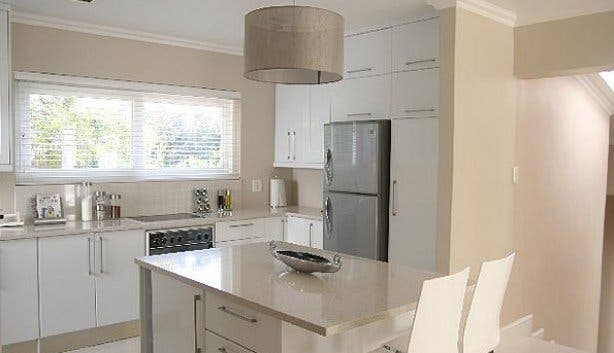 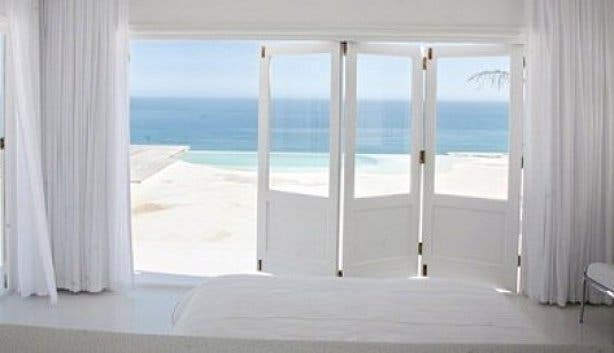 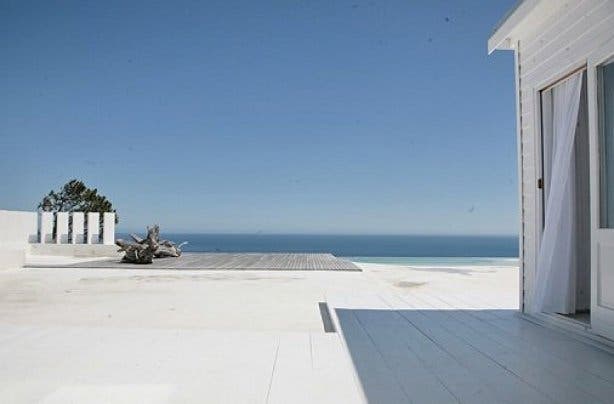 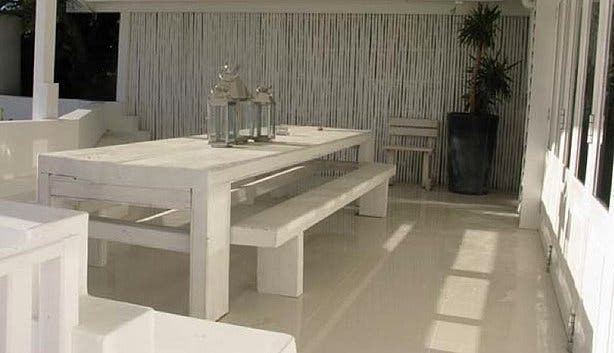 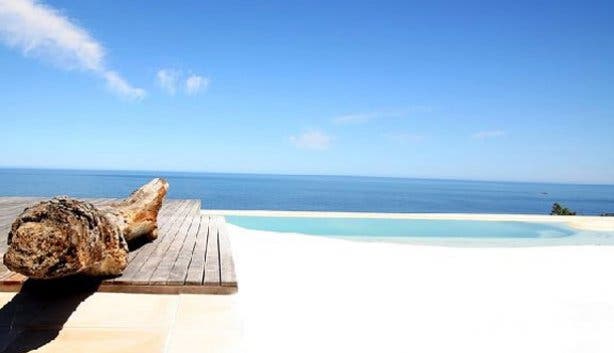