Any old lady who hits her 100th birthday deserves to be given something quite spectacular in commemoration. In the case of Cape Town’s majestic Kirstenbosch National Botanical Garden – she celebrated her centenary in 2013 – this tribute is a remarkable treetop canopy boardwalk that opened to the public in late May 2014 despite much speculation that it would have launched a little earlier.

Weaving its way between the branches of the garden’s Arboretum (a thick woodland just up from the concert lawn), the 130m-long timber and galvanised steel pathway adds a bit of pizzazz and intrigue to an iconic piece of land.

“She’s been around for 100 years, so it really is about adding a bit of bling to the old girl,” explains good-humoured Botanical Horticulturalist Adam Harrower, who oversees the lush forest area where the suspended footpath has been set up.

That’s not to say that the walkway, which was in the planning for several years, sticks out like a gaudy chain on the chest of P. Diddy. Rather, thanks to the careful use of a natural colour scheme and clever curved design, the sky-high avenue is unobtrusive and blends in with the environment beautifully. Shaped like a snake’s skeleton, the ‘boomslang’ (‘tree snake’), as it’s been nicknamed, twists and turns upwards between the gnarled trunks – the tree stems poke through the treated pine deck in some places – before it soars out of the leafy canopy in a graceful twist, yielding a view that takes the eye all the way from the sun-kissed slopes of Table Mountain to the distant misty Hottentots-Holland peaks.

And it’s this unusual vantage point and the rather surreal feeling that comes with standing atop tree crowns that’s surely the raised boulevard’s greatest drawcard.

“Being able to float above the treetops is quite a magical concept,” says Adam. “It gives you the opportunity to experience a part of the forest that’s usually difficult to get to.”

From up top (the boardwalk is 12m above the woodlands floor at its highest point), you can swim in lush greenery, caress the leaves of tall Cape saffrons, sit just beneath the upper boughs of indigenous hard pears – there are two benches built into the deck – and watch a cacophony of birds twittering and flittering about in the foliage at eye level. At the end of it all, whether you’re a nature lover, an avid birder or an adventure enthusiast, you’ll likely not ever want to go back down to ground level.

In essence, the new pathway is a unique addition to Kirstenbosch that's certain to both reignite regular visitors’ passion for the garden and give all those who’ve never been yet another reason to add the famed greenway to their bucket list. It’s a fitting tribute to a century-old lady, indeed.

Tip: Look out for labels on the trees that document their family and common names as well as information boards along the path that give details about the birds, animals and mountain peaks visible from the boardwalk.

The Bill: Use of the treetop walkway is entirely free; however, visitors will still have to pay the standard Kirstenbosch entrance fee at the gate: R60 for adults, R30 for students with a student card and R15 for children between 6 and 17 years of age, free for children under 6.

Note: The walkway itself is wheelchair friendly, but wheelchair users will need assistance to navigate hills and bumpy pathways in order to get to the Arboretum where the boardwalk is situated.

Let your inner child out to play at the Fairy Tale Circus.

Eager to find out about other must-do and -see attractions in the Mother City? Take a glance at our Cape Town bucket list. 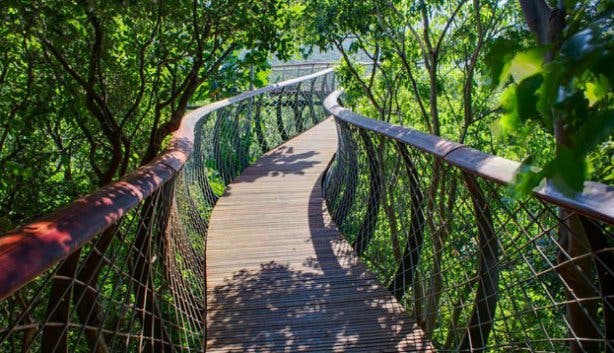 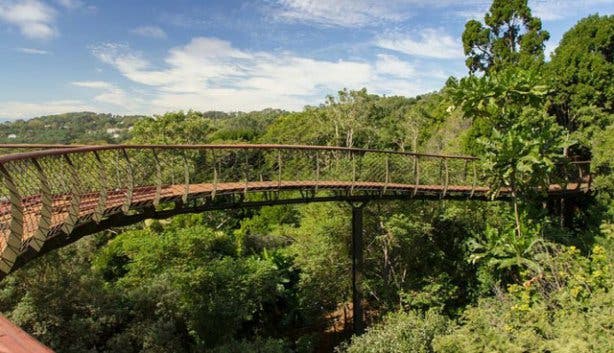 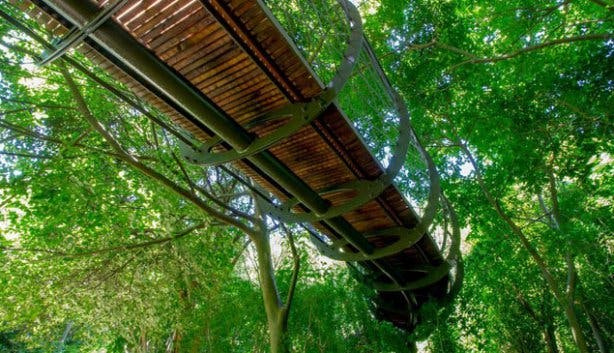 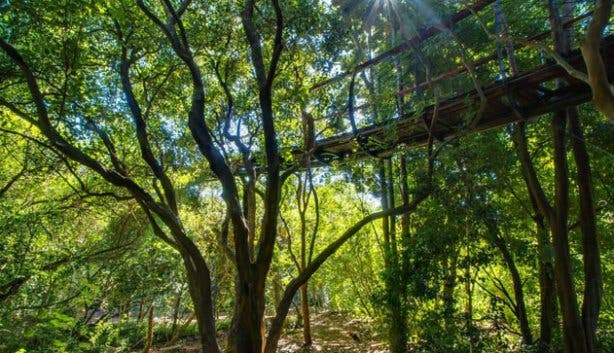 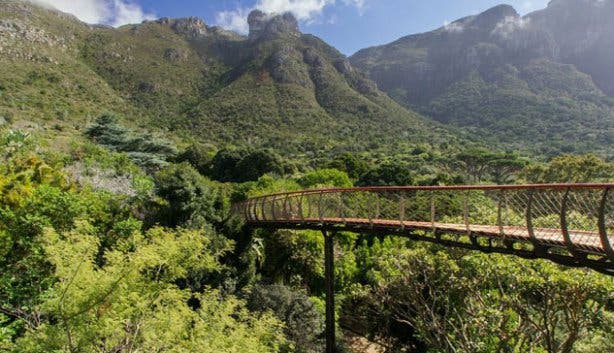