“That’s higher than the highest mountain in Holland,” says Ruud de Clercq pointing at a koppie. Originally owner of an amusement park, Ruud left the candy floss behind for the life of a farmer in South Africa’s McGregor.

Kingsriver Estate is located in hills of the Kingsriver Valley.  The idea was to retire on the property, and at the same time, make wine. “I still wanted to do something, and that’s exactly the mistake I made. I’ve never worked so hard in my life!”

The property is not just a wine farm, but also a guesthouse and restaurant: making it an ideal spot to get away to.

Ruud is still a major rollercoaster fan, “If I see one, I have to ride it.” He puts his bakkie into 4x4 mode as we traverse the rocky ground. We go further up, until, spread out below is the white and green of McGregor. It looks like a toy town from our rocky outcrop.

A bit of research will tell you: ‘it’s the best preserved and most complete example of mid-nineteenth century townscape in the Cape Province.’ Made up of artists, spiritualists, farmers and foodies—time stops here.  There’s Temenos, a retreat of rambling gardens and houses of worship from a number of religions; from Christian to Hindi. There are also restaurants, delis, and vintage stores. And then there’s the nature: rocky red soils, bursts of technicolour fynbos, deep green mountains, and an iron rich dam.

You can reach the village easily from Kingsriver; it’s a two minute drive from the back gate. But we’re not done here just yet. Ruud is keen to show us the farm’s canyon. Back on land, the 4x4 churns through a field of yellow weeds. The canyon is pretty impressive: two rock walls rise up on either side, blotting out sound. Carved into these are natural caves. “We’ve found plenty of San artefacts. Pieces of pottery, tools,” says Ruud. Has he explored the caves himself? “Oh yes,” he says, “all the time.”

On our way to the restaurant, we spot rows of vines that have been named after people. “For a fee you can adopt your own row of vines,” explains Ruud. “You make the wine yourself, from vine to barrel.”

We’re eating alfresco. And the whip of wind carries nothing but earth and fynbos. The chef, simply known as ‘Mac’ is a McGregor local and Ruud is clearly very fond of her. “It has to be worth the detour,” he says. “Not only is the farm worthwhile, but our food and hospitality has to be excellent. And Mac is amazing.

We start with bacon-wrapped prawns, and then move onto fillet with blue cheese sauce. All washed down of course with the estate’s wines. They’ve just released their first white wines: a very quaffable sauvignon blanc and chardonnay.

“When the baboons are back, you know it’s close to harvest time,” says Patrick Julius, assistant winemaker, farm manager and Ruud’s right-hand.  Ruud and Patrick also make a shiraz and ruby cabernet, and have planted tannat (a rare grape for this part of the world).  “It’s grape variety with the highest concentration of antioxidants, so it’s good for you,” laughs Ruud.

The baboons may give Patrick gray hairs, but he’s keen to introduce other animals to help with the viticulture. He tells us how chickens, and cows, can aid a bio-dynamic farm.

“I’ll never forget the first time Patrick came to the farm,” says Ruud. “You could see he didn’t know what was going on, but he had such an immediate feel for it, such energy.” Patrick has since studied farm management, at Ruud’s behest, and really is a Jack-of-all-trades, his next project: an olive plantation.

It’s been a wild ride

We skip the traditional puds in favour of Mac’s homemade sorbet. There are flashes of cold brilliance in the kiwi, strawberry and paw-paw flavours.

“Bring four glasses of that ‘mmmm’,” says Ruud, somewhat mystifyingly.  When Mac returns with the apricot dessert wine, we quickly understand his onomatopoeia. Made from the estate’s own apricots, the sweet, tart, sticky wine has an unbelievable freshness, and smacks of summer.

Somehow we’ve got back on the topic of rollercoasters. Did he ever go on the rides when the parks were empty? “Being in an empty theme park is a lot of fun!

“Amusement parks are about storytelling,” he continues. “You’re in the business of fun, of creating memories. Winemaking is the same.”

The restaurant and guesthouse are open seven days a week, wine-tastings are daily. If you want to be sure to have a lectured wine tasting by Ruud just check his availability but he will do the utmost to accommodate you.

Explore thousands of new and pre-loved books and support the donkeys at the Eseltjiesrus Book Fair in McGregor. 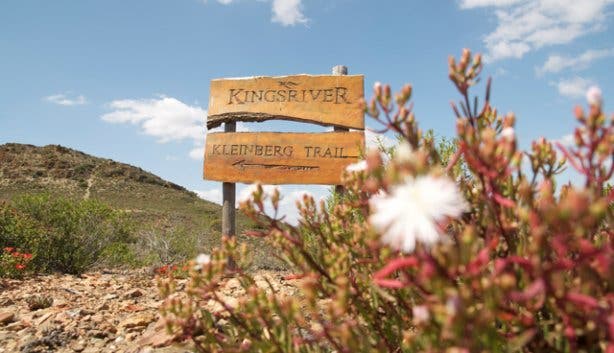 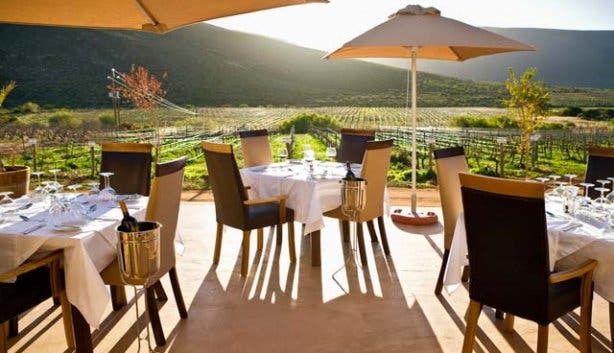 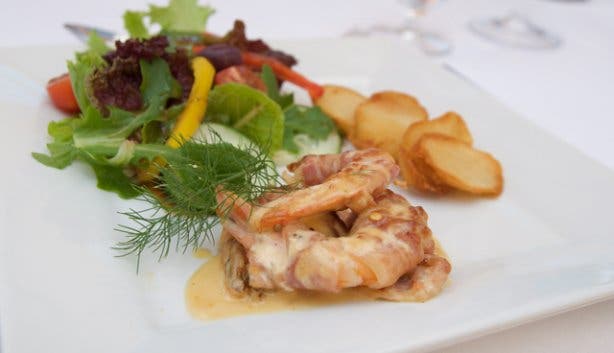 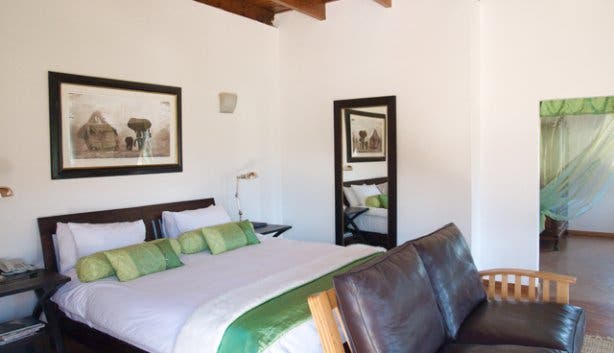 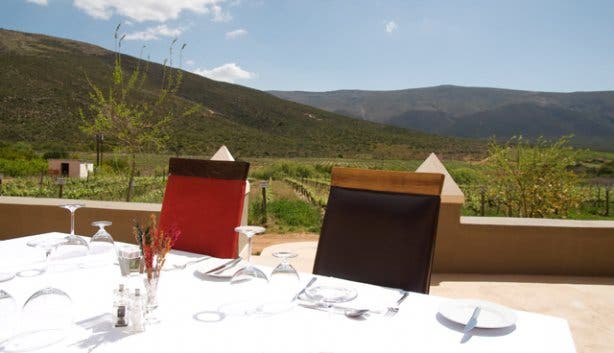 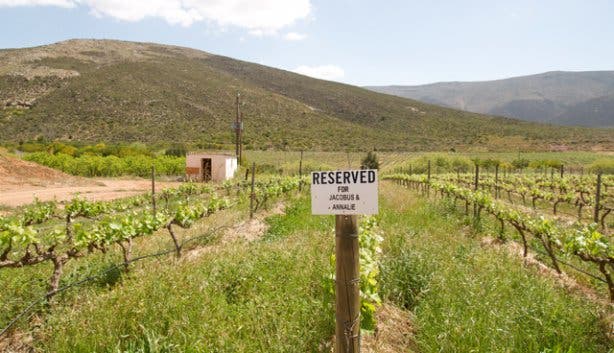 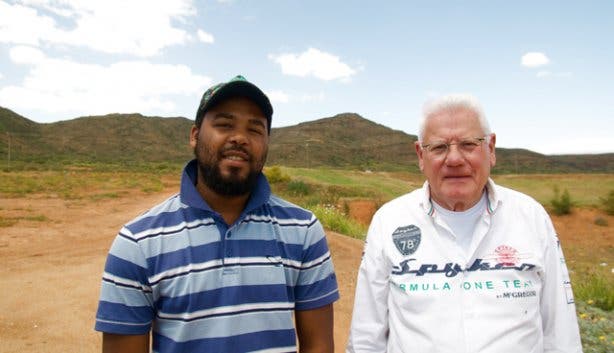 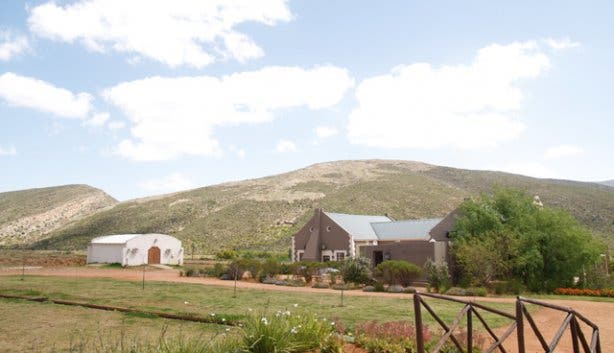 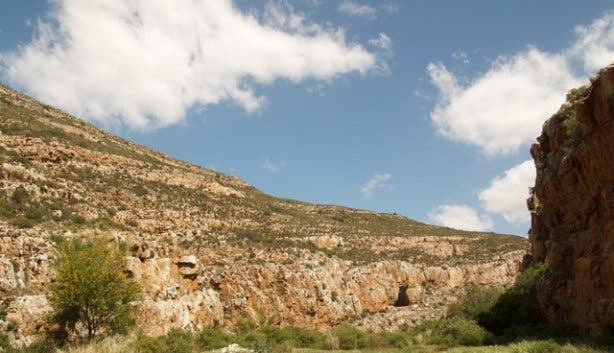 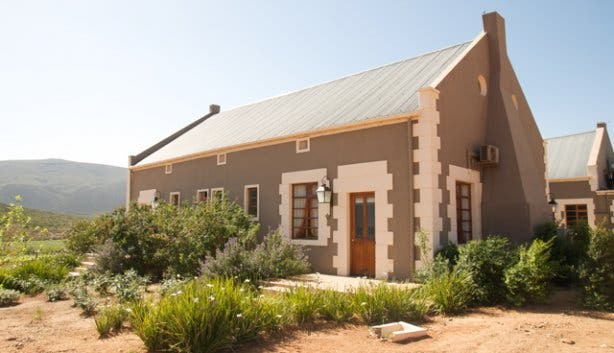 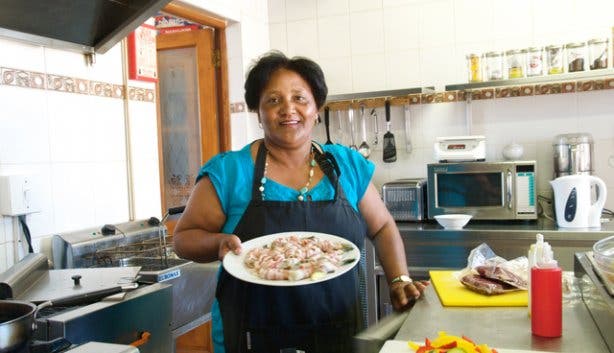 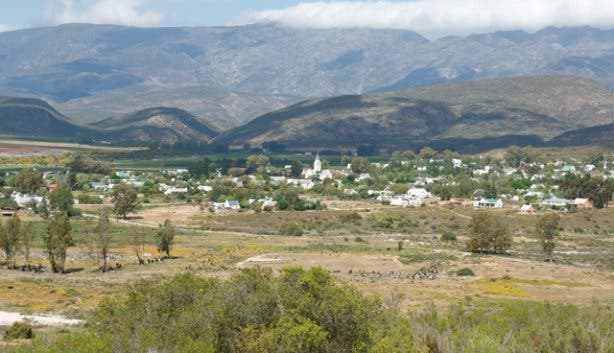