A weekend-trip to the Karoo

I visited Matjiesfontein for the first time over a year ago and said it’s a town full of surprises. Now, after my second visit, I have much more to say. Again, Hello Matjiesfontein! Oh, I love coming back – in Matjiesfontein everything always stays the same. That’s the vision and that’s how it is. Welcome to the past, welcome to Matjiesfontein.

Matjiesfontein is in the Klein Karoo, 250 scenic kilometers north from Cape Town, it’s just off the N1 that connects Cape Town and Johannesburg.

'Trein na Matjiesfontein' - How to get there

You might know Sonja Herholdt’s song 'Trein na Matjiesfontein'. A train trip to Matjiesfontein is surely an adventure. Of course, a car will take you faster to the Karoo, but why not travel a different way? We take the Shosholoza Meyl (+27 (0)11 774 4555) from the Cape Town train station; it leaves every day at 10am and is supposed to arrive in Matjiesfontein at 3.30pm, but it’s usually one and a half hours late. A one-way-ticket in third class costs you R80 per person, in first class R110. We decide to take our bicycles, so add R25 to the ticket per person. I advise you to book your ticket early, first class is often booked out.

The train trip is long, but the plantations, mountains, rivers, people and settlements you see are worth it. My favourite piece of eye candy: the Hex River Valley. The board restaurant is not a fine cuisine, but fries, coffee, toasted cheese & tomato sandwiches and a glass of Amarula as well as Castle beer will keep you happy and your wallet won’t notice a difference. Chat to the staff and other travellers, some are on their way to Joburg which takes longer than a day. In case you’re on the Rovos Rail, it stops every Sunday morning and every Monday evening in Matjiesfontein for two hours. There’s also a small landing strip for those with helicopters.

Arriving in Matjiesfontein means arriving in the past

Matjiesfontein is a historic Victorian village of 300 people founded in 1884 by the Scottish railwayman James Douglas Logan. Matjiesfontein was an outpost of the British Empire, a shelter for travellers on the Cape-to-Cairo road, it was first with electric lighting in a private dwelling in South Africa, South Africa’s first flushing toilets were in Logan’s home and even writer and feminist Olive Schreiner lived in the village from 1890 to 1892. Logan was praised by the Minister of Public Works, Colonel Frederick Xavier Schermbrucher, for creating a 'paradise in the desert'. His reply "It was not that I have done so much, rather that others had done so little". He must have been a wise and inspiring man. Under Logan’s hand, Matjiesfontein leaped to fame, hotelier David Rawdon bought and restored the village in 1968 to 1970, opening it up to the tourism market. It was David Rawdon’s efforts that Matjiesfontein was declared a National Monument in 1979.

The vision: that everything stays the same; live a few days in the past

That everything stays the same was David Rawdon’s vision that he passed on to his nephew Jonathan, who’s the new 'laird' of Matjiesfontein with his wife Judy and their two children. There is enough to do in Matjiesfontein – spend a weekend there and you will get to know this special place pretty well. Sleep in Victorian Hotel, The Lord Milner. Basically, Matjiesfontein is a place to relax. It used to be health retreat in the older days, the air is good ('like dry champagne'), so go for long walks, hikes and bicycle rides on the farm belonging to Matjiesfontein. The Coffee House and the Laird’s Arms Pub offer yummy breakfasts, coffees, teas, drinks and lunches. At night, eat at the Lord Milner in a special atmosphere. It’s a trip you will remember, take my word. You will find two museums, the Marie Rawdon Museum and the transport museum with the London Bus, vintage trains and cars. When you plan a visit in summer, dive into the swimming pool and relax in the well looked after gardens. A must is a 10-minute tour in the London Double Decker Bus, where entertainer Jon Theunissen tells you history and tales about Matjiesfontein on the shortest tour of your lifetime. Matjiesfontein is full of stories. Chat to the locals and hear the Tales of Matjiesfontein.

But first, get inspired and listen to Sonja Herholdt’s song 'Trein na Matjiesfontein'.


P.S. Go to our Facebook page to see our Matjiesfontein photo album.

We also said Hello to Stellenbosch and Hermanus. 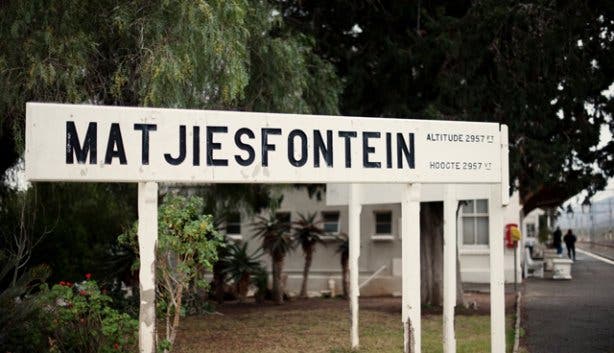 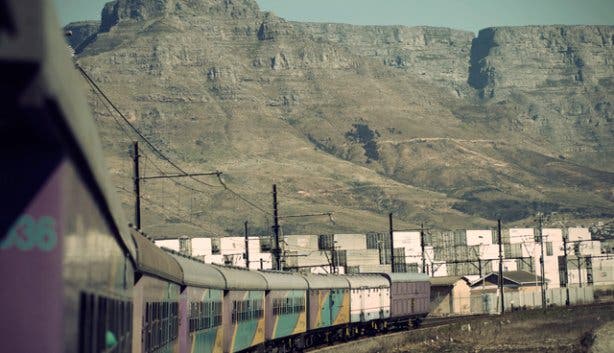 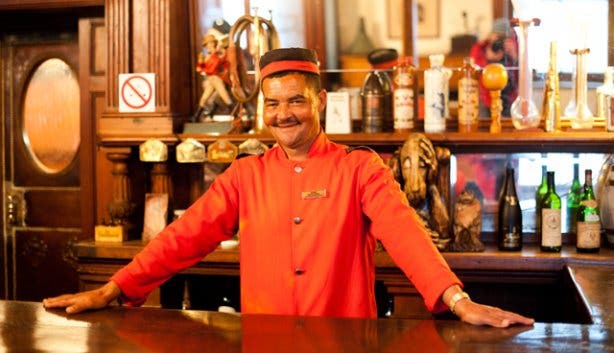 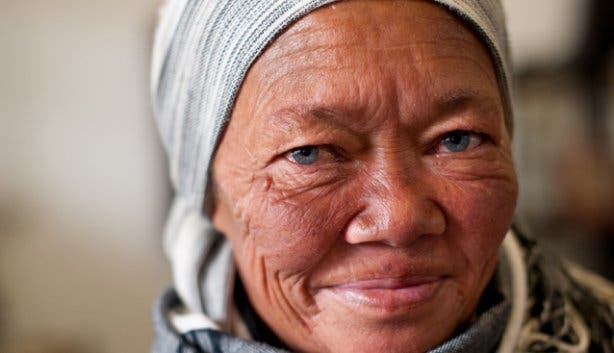 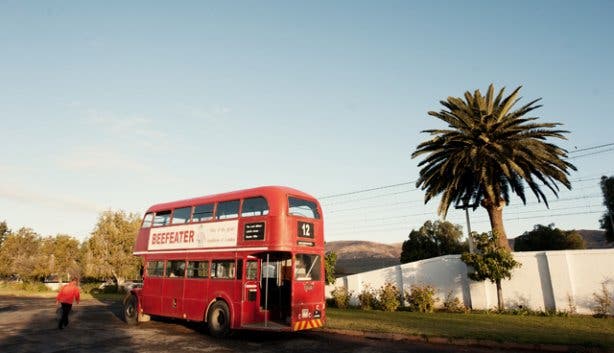 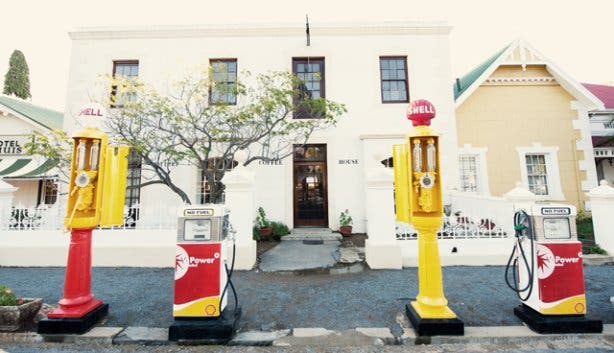 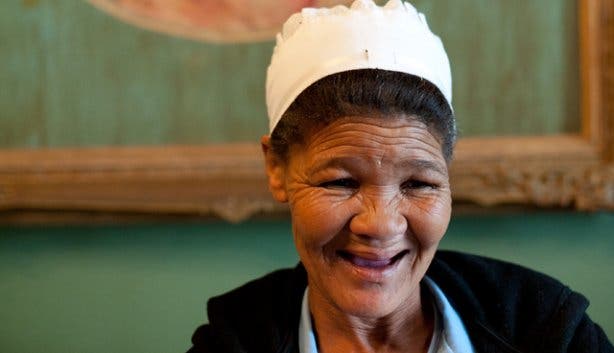 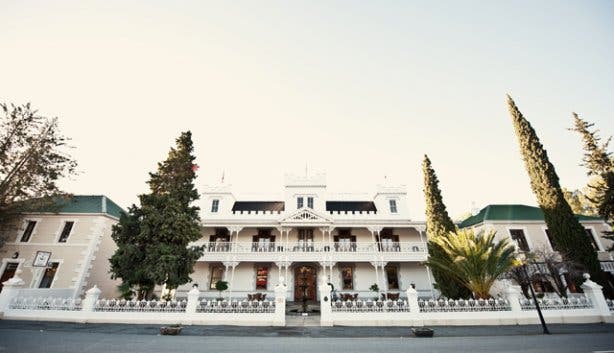 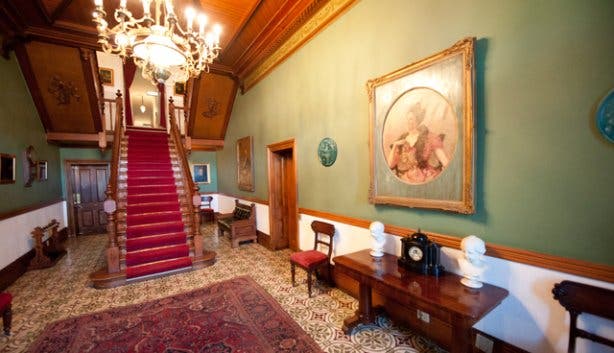 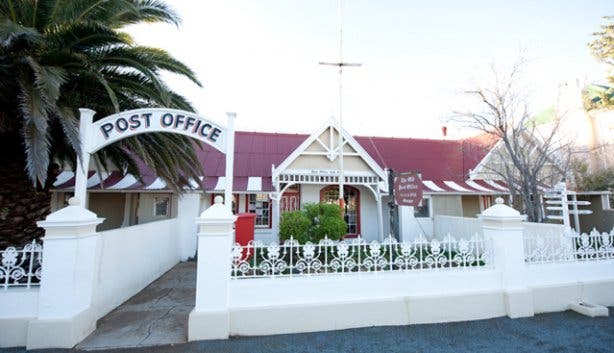 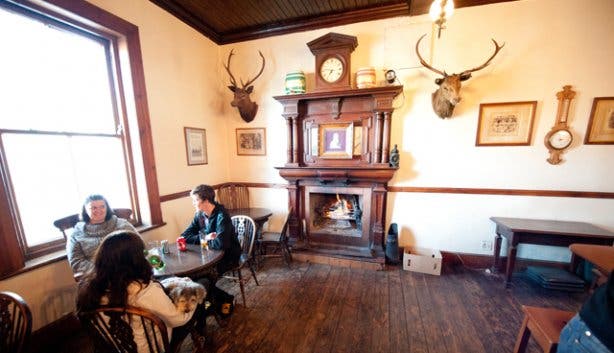 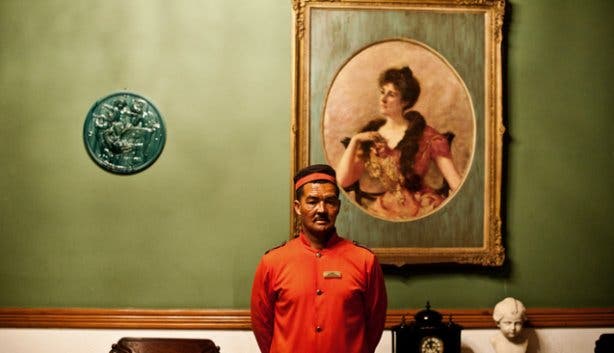