Immerse yourself in the magic of the stage at this new predominantly Afrikaans performance space in the Town of Oaks.

“Once theatre creeps into your blood, it is something that is very difficult to get rid of,” says a passionate Ingrid Howard, owner of the newly opened Drostdy Teater (Theatre), which rests in the heart of the Cape Winelands town of Stellenbosch.

The performance space, which swung open its doors in March 2015, is a realisation of her passion for the arts. With an extensive background in television, production and directing, this gifted lady teamed up with a dedicated group of people who share her enthusiasm to establish a venue that invites audiences into a wonderful make-believe world. The theatre hosts high quality, predominantly Afrikaans performances that range from musicals, dance shows and dramas to light-hearted jazz evenings and comedy nights. 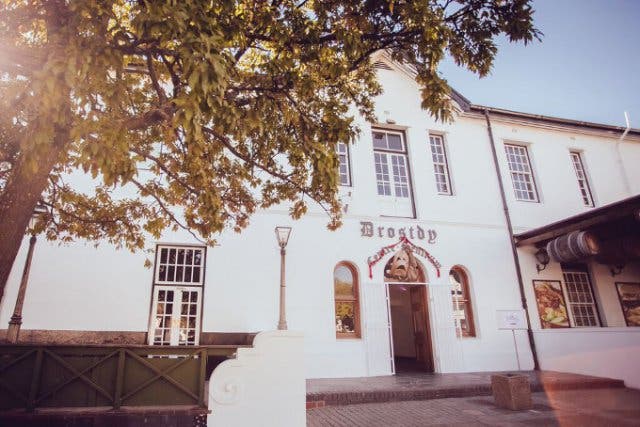 And all of this is enjoyed in a quaint, intimate space (the playhouse seats 250 people), that much to Ingrid’s delight (she’s also a history buff) features many traces of times gone by. The theatre sits in an old Victorian-style building that was once the Drostdy Hotel and, years before that, the residence of the chief magistrate of the district (known as a landdros). It boasts wooden floors (these have been soundproofed) and a decent-sized stage (perfect for small-scale productions) that performers can use as their playground.

Central to a successful life on stage is, according to Ingrid, the need for artists to feel at ease behind the scenes too. “Actors spend a large amount of their time in the theatre, and so it’s really important for them to work in a comfortable space,” she explains. And so Drostdy goes all out in making sure that performers are treated well. From having access to a separate backstage entrance and snug dressing rooms  to being given the opportunity to be surrounded by people who live and breathe theatre, artists are in good hands. 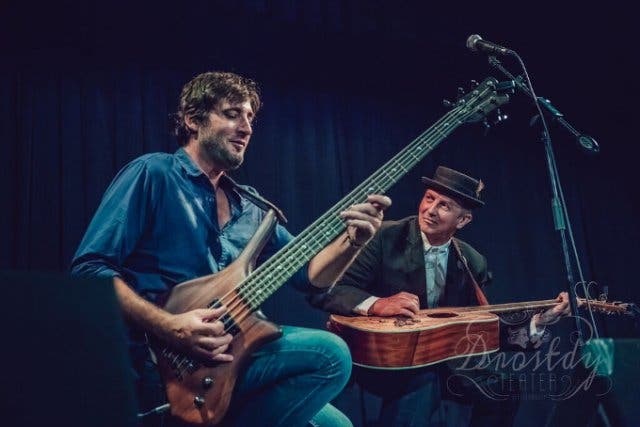 Moreover, Drostdy Teater encourages entertainers to fully immerse themselves in the space: they can come in early for rehearsals (the building is open from the early hours of the morning until late), use the large veranda at their leisure, get acquainted with the coffee machine and make themselves right at home. 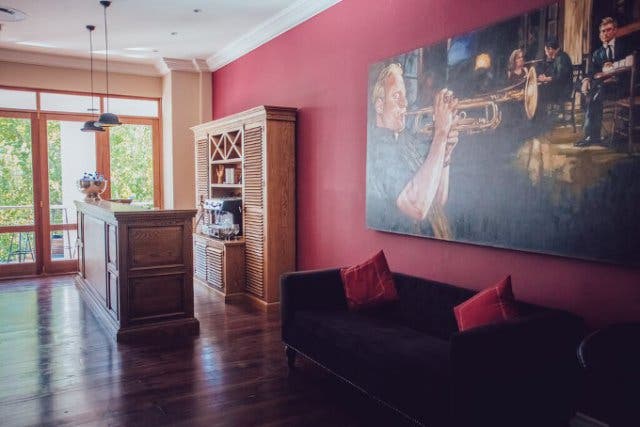 The fact that there’s so much emphasis on the wellbeing of the artists flows into the calibre of the performances, and so, audiences can expect a colourful array of powerful theatrical productions. Stars who have already graced the Drostdy stage include the likes of Marion Holm, Amanda Strydom, David Kramer, Ramon Alexander and more. And while most of the plays are in the Afrikaans language, because Ingrid wants to create a space that’s a home for all sorts of artists, the venue is always open to collaborations with performers from other linguistic backgrounds. 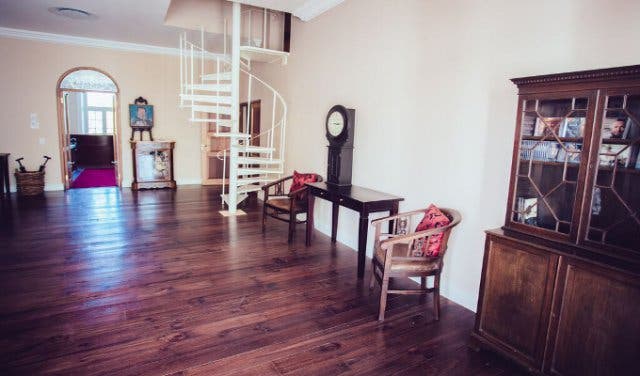 Ultimately, Drostdy Teater hopes that by providing an inspiring platform for artists, it’ll be able to put on the sort of productions that’ll introduce audiences to the magic of theatre, which, as Ingrid suggests, tends to creep into the heart and lodge there for good.

Tip: The Drostdy Teater is available for venue hire. It also features a small in-house kitchen that is available for use too.  For more information, contact info@drostdyteater.co.za and chat to Lionel.

The Bill: Prices vary from show to show, but audiences can expect to pay anything between R60 and R250.

Show Times: Productions generally begin at 8:15pm (excluding Sunday shows, which are staged in the afternoons). Keep up to date with specific show times by checking Drostdy Teater’s Facebook page as well as the website on www.drostdyteater.co.za.

Looking for other cool things to do in the Town of Oaks? Here’s our essential guide to daytime activities in Stellenbosch. 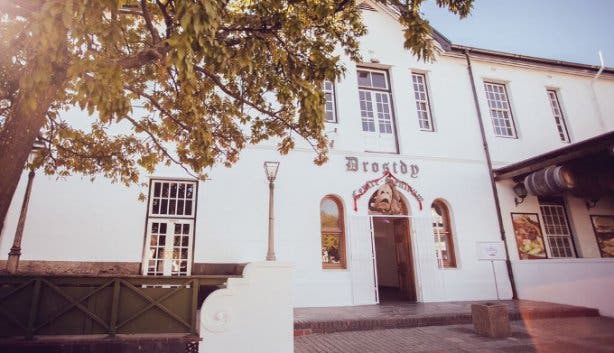 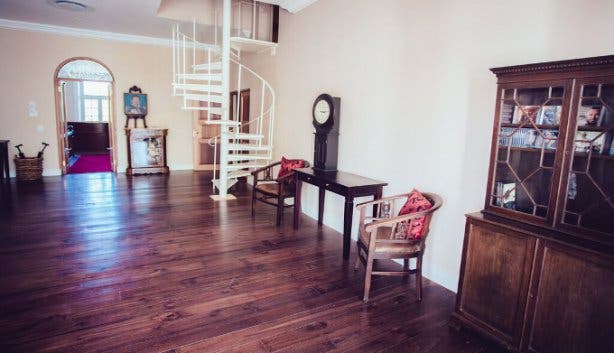 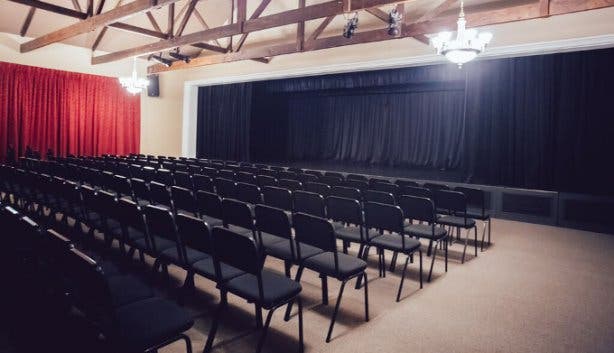 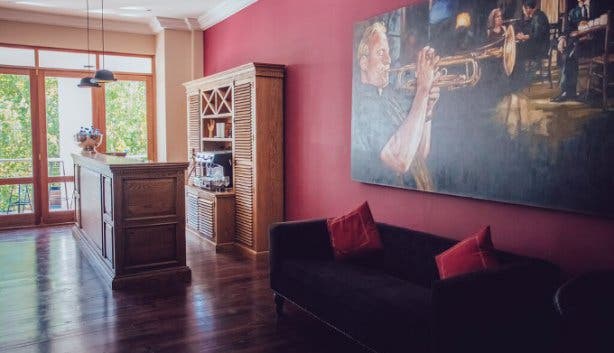 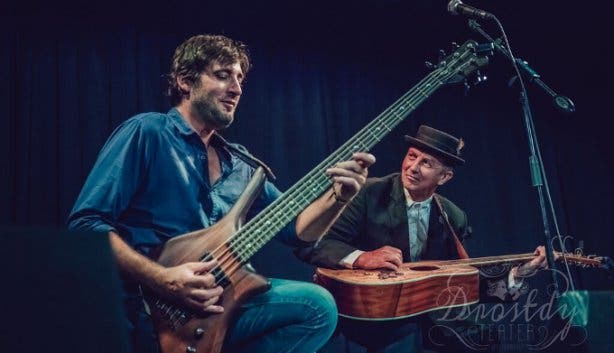