But something new and exciting opened up in its place

Imagine our surprise when we stopped in to check if the "secret" sign above the secret door at The House Of Machines was on (to indicate whether this hidden sausage spot was open or not), only to find that The Sneaky Sausage has closed down.

The good news, though, is that we discovered a brand-new Argentinean place that opened up here. Check out Picadas, the cosy new spot behind the secret door.

Sneakily situated inside The House of Machines on Shortmarket Street, The Sneaky Sausage brings the German beer hall to Cape Town, by seamlessly combining German staples of beer and sausage.

The Sneaky Sausage offers a variety of pork sausages as well as a vegetarian and vegan alternative from Noble Ways Food and Frankie Fenner Meat Merchants. In addition to the juicy, meaty delights, the eatery also offers some tasty battered and deep-fried foods, which can be an extra to the wurst or ordered on their own. Think risotto balls, potato and sweet potato fries and my favourite: jalapeno wontons. This slightly spicy treat resembles a popper with bits of jalapeno mixed in creamed cheese and fried to crispy perfection in a fortune cookie fashion, served with The Sneaky Sausage homemade aioli. 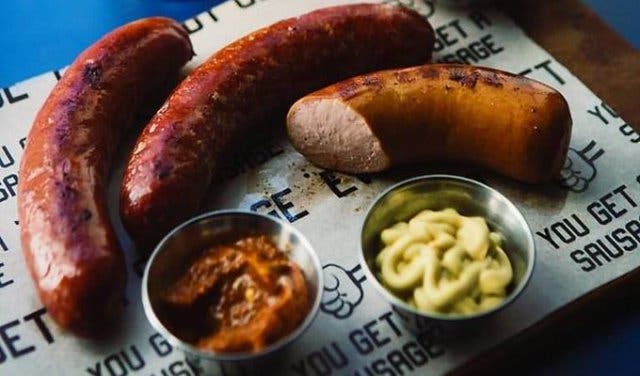 For the less pork-enthusiastic, The Sneaky Sausage also offers a variety of salads including the green quinoa salad, the spicy butternut and kale salad, as well as the mushroom and barley salad.

The German beer hall was used as inspiration for the use of large European tables, encouraging patrons to purchase a couple of things and taste one another’s selection. The menu offerings makes it quite ideal to share. The establishment features a sleek blue, white and red interior. “We took a lot of inspiration from the old And Union in Bree Street,” says Operations Manager Monique Tonsing. “We used the same tiling from the floors of And Union on our bar, to keep it familiar”.

The tongue-in-cheek eatery plays on the naughty but nice. “It’s a place where you can come and let your hair down”, says Monique.

Start your First Thursdays at The Sneaky Sausage where a currywurst stand awaits. As in Germany, the stand is situated outside the hash house bringing the German street food to the streets of Cape Town. On First Thursdays the entire menu is available upstairs, except for the currywurst, encouraging patrons to mingle outside before venturing off to the madness of the monthly rendezvous.

On a weekly basis, The Sneaky Sausage offers Sneaky Sippings every Tuesday between 6pm and 7:30pm where wineries can showcase their wines. Winemakers are welcome to come in and offer tastings to patrons. The featured wine will then become the wine of the week at The Sneaky Sausage. Booking for this event is essential as the intimate space can only accommodate for 20 to 25 people.

Tip: Bookings are only available to groups of 10 or more, except for the Tuesday event of Sneaky Sippings. The space is also available for hire.

Note: The Sneaky Sausage will also be bringing home-cooked dishes back to their kitchens come the winter months. Think macaroni and cheese, soup, stew, with added wurst or sausage served on the side! 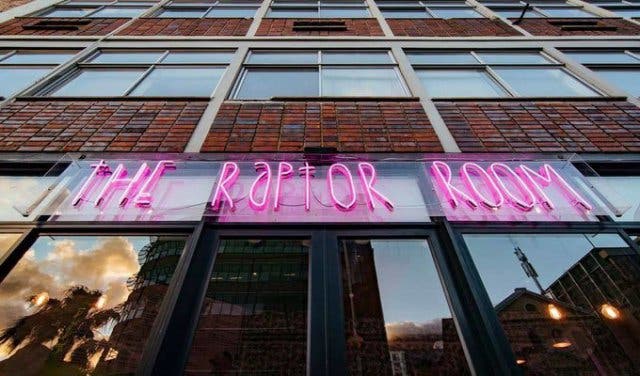 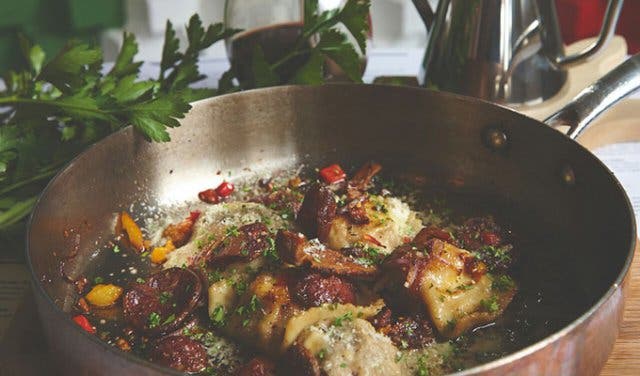 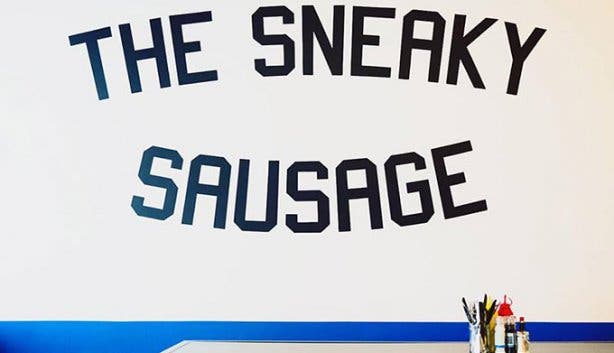 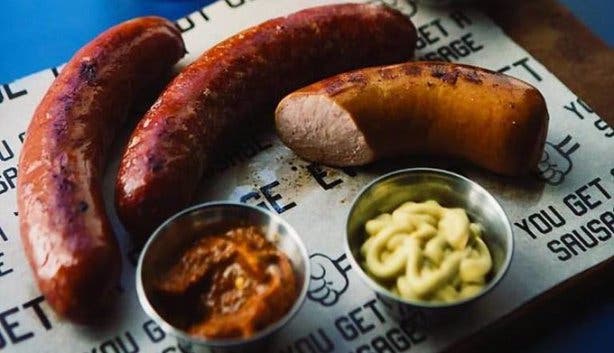 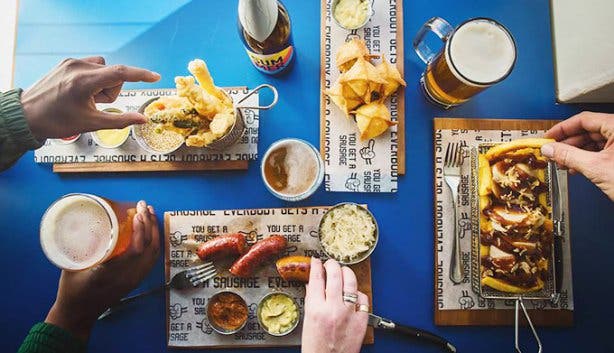