After a few directional fumbles, I finally find it. Nestled right there, in a quiet corner at the Tyger Lake Building in Tyger Valley, is the place that I’m looking for: the new Northern Suburbs-based Gastao’s Tapas and Craft Beer Restaurant. “I like the fact that this spot is hidden away,” says owner Wayne de Nobrega as he ushers me into his rustic gem. "That way, it’s only if you’re really looking for it that you’ll find it."

The first part of my mission is now complete and I’m getting ready for the next one: to get acquainted with this venue and its honest, simple mission to provide people with a place where they can tuck into hearty Portuguese-inspired fare in an easy-going environment. 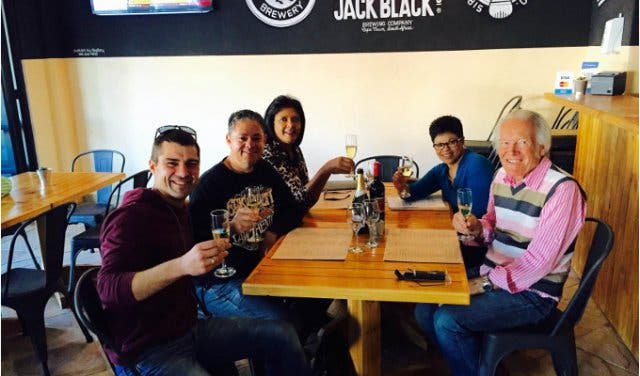 The eatery opened its doors on 1 July 2015 post much conversation about the idea between Wayne and his family. It turns out that the de Nobregas are no strangers to the industry as they already have a food distribution company under their belt. The concept of Gastao’s the eating place, however, was inspired by the many afternoons that Wayne and his dad Gastao spent at Dias Tavern in Cape Town’s city centre, which sparked dreams of having a similar place   – where laughs, quality nosh and drinks are plentiful  – to call their own. After Gastao sadly passed away in 2014, Wayne joined forces with his long-time friend Jeandre Russouw to make the vision a reality so he could keep his father’s memory shining bright.

“My dad was Portuguese, my mom is South African and I’m in between,” explains Wayne, as he sheds light on the Portuguese twist he’s given to the fare on offer. And so, the menu, which will change from time to time, invites visitors to tuck into continental tapas like caldo verde (a traditional green soup with chorizo, potato and baby spinach), deep-fried Portuguese sardines (topped with a chunky tomato salsa and fresh lime wedges) and peri-peri chicken livers. Other food options that don’t necessarily reflect the family heritage but are still quite popular are the slow-cooked pork belly, which is served with an English butter and sage jus and crispy pinwheel scratchings (Wayne’s favourite); the pan-fried Patagonian calamari, which comes with homemade salsa verde; and  the bacon  jam cheese burger main (a homemade beef patty topped with bacon jam, pale ale mature cheddar sauce and soft poached egg). Kiddies also have their own mini section of the menu, and they can snack on eats like sticky beef short ribs, burgers, fish and chips and other appetising nosh. 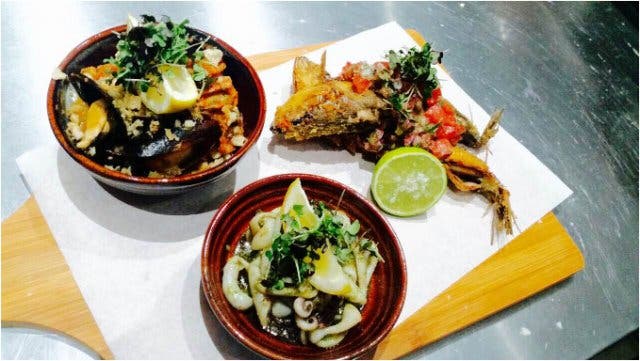 Although the food at Gastao’s would go down really well with a drink in hand (and craft beer is set to be a focus of the restaurant), it is worth noting that the eatery’s liquor licence is still being processed. In the meantime though, visitors are encouraged to bring their own alcohol beverages (at no extra cost) and to enjoy the relaxed atmosphere. Once the bar is in full swing, patrons can expect an impressive selection of craft beers on tap (12 to be exact), an extensive wine list (that will accommodate all types of budgets) and a range of spirits.

But it doesn’t end there. Wayne and Jeandre emphasise that aside from offering an easy-going environment, they want to provide folk with the chance to really get to understand what it is they are eating or drinking so as to make dining more experiential. In line with this, in the near future, visitors at Gastao’s can look forward to food and wine pairing evenings, craft beer informational events and more. The venue itself is quite ideal for that kind of affair: boasting long wooden tables, a patio facing a manmade lake and TVs that bring a whole different energy on big sporting days, this is the kind of spot that could make any event enjoyable. 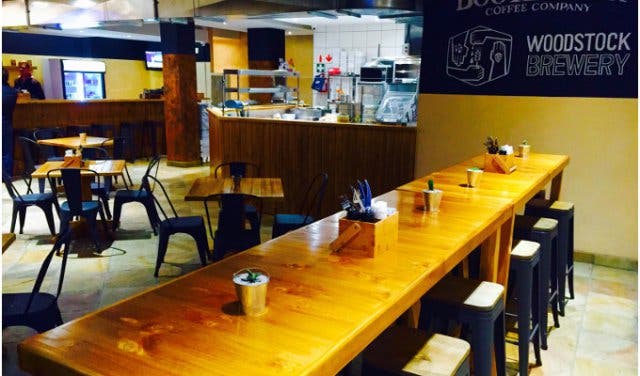 Ultimately, you can see from the way Wayne treats his customers and the way he talks about his staff, which he now calls family, that he’s passionate about making sure that people are happy. And it’s this kind of attitude and warmth that proves that sometimes hidden gems are not just that because of the allure of their covert location, but because of the sort of people who run them.

Tip: If you are not familiar with the Tyger Lake Building, you can find it at the Tyger Falls complex just off Carl Cronje Drive. Refer to the map below for details.

The Bill: The food at Gastao’s Tapas and Craft Beer Restaurant is reasonably priced. Tapas are priced between R28 and R185, salads cost between R49 and R54, mains range from R75 to R165 and desserts cost from R28 to R45. On the drinks side, cold beverages ring in between R12 and R28 while hot beverages sit between R16 and R20. Craft beers (once the liquor licence has been approved) will cost between R25 and R39 per draught and bottles of wine will start from R120 and go up to R240.

Looking for another eatery that boasts a touch of Portuguese flair? Then read about Beleza Restaurant & Bar in Tamboerskloof. 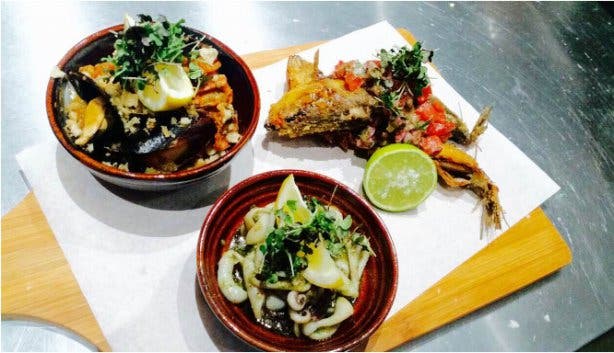 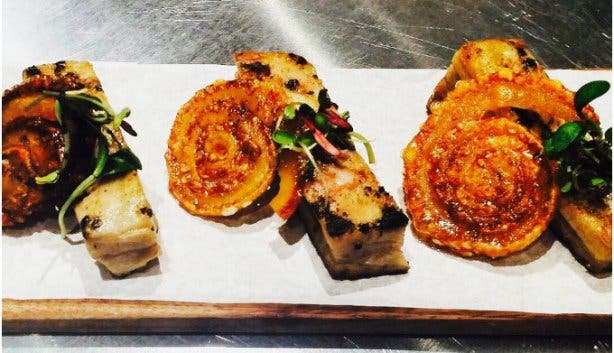 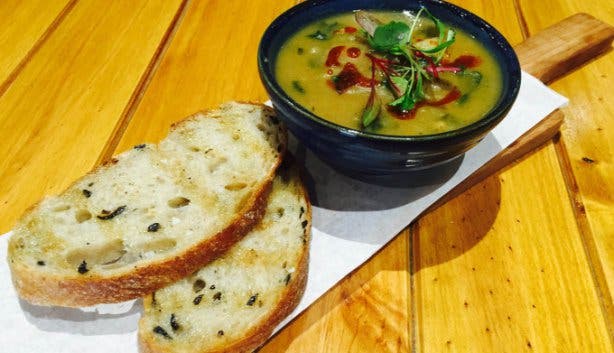 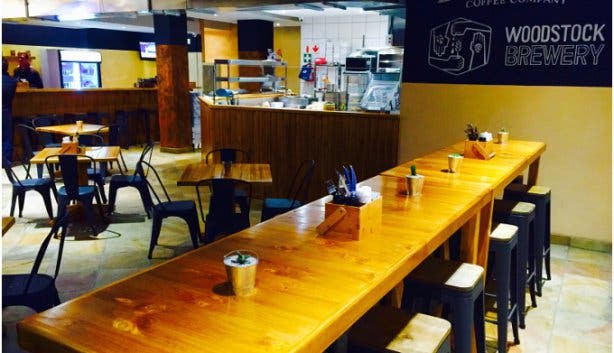 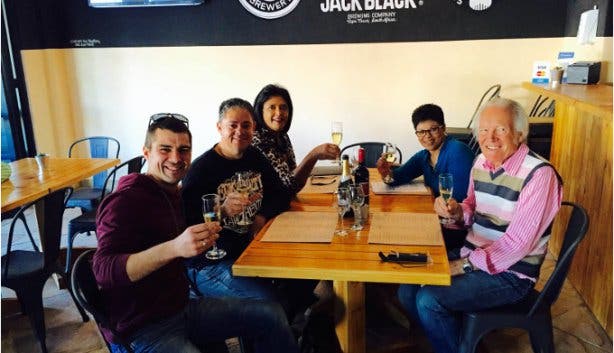 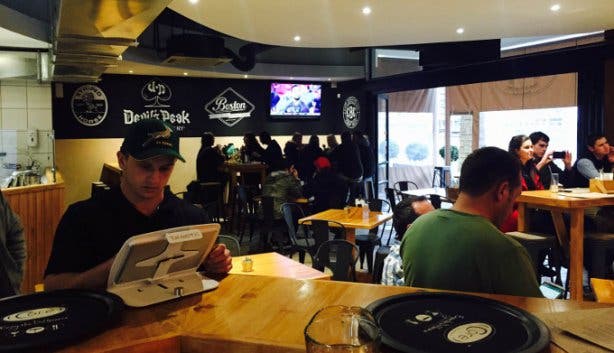 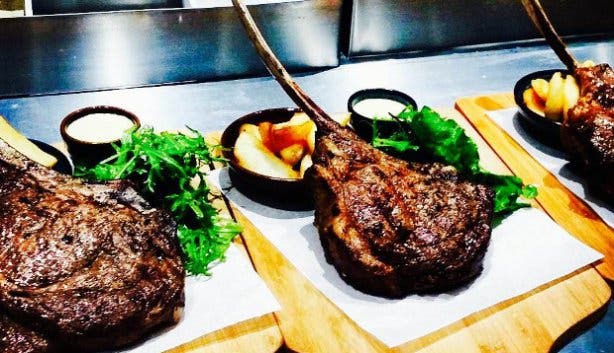