Allergic to exercise? This Asian fitness form caters to even those a bit bent out of shape

“One of the most common misconceptions about Taiji Quan (shortened to Tai Chi in English) is that it’s something only for older people, but it’s not; it’s for everyone,” emphasises Dr. Jeff Lan, founder of the Cape Town-based International Kim Loong Wushu Center (IKLWC), the Bree Street home to acupuncture, traditional Chinese medicine and Kung Fu (the Chinese umbrella term for martial arts).

Or, to put it less politely – and based on the countless merits stacked in the fitness form’s favour – there’s no excuse not to engage in the ancient Chinese practice. No matter your age, your level of physical fitness or your health predisposition, Tai Chi passes no judgement and calls for little previous preparation.

The moving meditation – or “medical meditation” as it’s often been endearingly referred to in light of its exceptional health benefits – requires no more of an affinity for adrenaline than it does a certain level of strength, flexibility or balance; in fact, it’s even recommended for those with certain disabilities and illnesses.

“I advise my patients with rheumatism, osteoarthritis and alignment issues to practice Tai Chi, and they never look back afterwards,” laughs a good-natured Jeff. Similarly, an assortment of reputable medical journals have published numerous studies that indicate that the graceful, dance-like series of postures that make up Tai Chi can greatly improve the quality of life of those diagnosed with Parkinson’s disease, hypertension, low bone density and even the poorly-understood Fibromyalgia (a mysterious chronic pain disease).

However, that’s also not to say that Tai Chi is the short straw relegated to the physically unfit. Though the relaxed, dream-like sequence of movements doesn’t exactly appear to spike heart rates or burn calories by the boatload, respected research – most notably a series of studies conducted in the US by the ivy league Stanford University – has shown that the martial art improves muscle strength, flexibility, balance, and, to a lesser degree, aerobic conditioning.

Certainly, the effects vary from individual to individual, and as Jeff – still flush from a Wing Chun class (the close combat self-defence and attack martial art made famous by Bruce Lee) – aptly points out, “Tai Chi training is not a quick fix. People come and ask me about how long it’s going to take to accomplish this or that, and I say to them, ‘sorry, wrong place’. Tai Chi is about long-term training. You need to develop a constant practice, and even then, every individual progresses differently.”

Unlike long-distance running, cycling, swimming or any other popular fitness pastime, Tai Chi is centred on an indelible mind-body connection. The controlled movements have a pointed intention about them (to move energy throughout the body), and the emphasis is less on excess physicality and more on a balanced programme of mind strength, physical agility and inner understanding.

The relaxed – the muscles are never tensed – and often circular, flowing positions demand a certain level of concentration and presence, and, as a result, mental sharpness is cultivated, and any of the circumstantial or environmental factors that may affect other styles of exercise (a loose shoelace or a windy day, for instance) are theoretically eliminated by the intensity and the degree of the focus.

So, while the low-impact, calming technique’s emphasis on consciousness may lend itself more to a slightly older audience, and while many of the health benefits attached to the practice are more applicable to those over the hill than those climbing it, Tai Chi is nonetheless a fitness form that excludes no one and that caters to all.

Not to mention, once the basic routines have been mastered, the exercise is inexpensive, can be done indoors, alone or in a group, and thus is more readily accessible than a good deal of other athletic alternatives.

Though, as Jeff, once again, so succinctly suggests, “to really understand Tai Chi is to do it, not to read about it.”

So, without further ado…

Looking for a fitness form more apt to spike the adrenaline? Check out our overview of adventure sports in Cape Town. 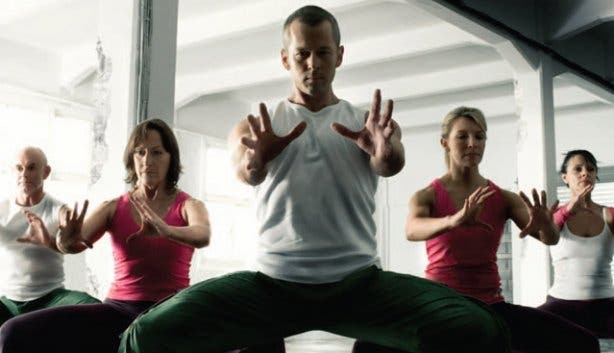