Sea Point’s outdoor gym, the first of what project leaders hope to be many, is helping fight the city’s high obesity levels

The Sea Point promenade, with its expansive vistas, manicured walkways and sprawling lawns, has always been a favourite greenbelt among families, tourists, children and couples. And though the opportunity to engage in less than leisurely activities, such as jogging or strolling, is also part of this outdoor-oasis’s allure, the recent addition of an outdoor gym has seen scores more individuals flocking to its doorstep.

“This project has been vital in the City of Cape Town’s mission of creating healthier and happier communities through sport and recreation, and it seems the timing couldn’t be better,” said Beverley Schäfer, ward councillor for the Atlantic Seaboard and the outdoor gym project’s primary champion. Recent statistics from the World Health Organisation reveal that 29% of South African men and 56% of South African women are overweight or obese, positioning our nation as the third fattest on earth, with the Western Cape, according to Beverly, pegged as the most obese province in the country. 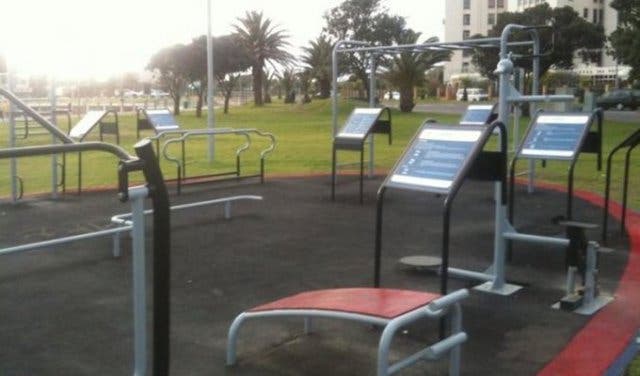 The initial stages of the project faced many up-hill battles, but the combined efforts and untiring resolve of city officials and collaborating sponsors - Play on Art and Biokenetics South Africa - ensured the successful provision of free and accessible gym equipment to the community. “There is this whole new idea of using Cape Town’s open spaces and reclaiming them, which we [the City of Cape Town] are whole-heartedly supporting,” explained Beverley.

Furthermore, she believes that, as a result of the equipment, more people will start taking care of their immediate environment, which in turn would lead to less city degradation.

Now, nearly a year since the launch of the outdoor gyms (there’s also one in the Green Point Urban Park), we sat down with Beverley, to find out just how the facilities have affected the community.

CapeTownMagazine: Why did the City of Cape Town decide to build the outdoor gym on the Sea Point Promenade?

Beverley Schäfer: The Western Cape has been earmarked as the province with the highest level of obesity in the country, which motivated the premier to run a wellness drive to promote health consciousness and reduce the high levels of inactivity. The City of Cape Town knew that in order to secure the success of such a project, they would have to provide the public with an opportunity to address the issue, which lent itself to the idea of a free and accessible outdoor gym. We are also well aware that many individuals don’t have the means to afford gym memberships, and we believed that the outdoor gym would serve as a viable alternative. The Atlantic Seaboard is the easiest spot to place the outdoor gym, as the mindset of the people who live or visit here is already outdoor-orientated, and would therefore set the premise for other people to follow suit.

CapeTownMagazine: What kind of challenges did you have to overcome to place the equipment?

Beverley Schäfer: We had to make sure that the equipment in the outdoor gym could withstand the harsh Cape weather. The equipment doesn’t rust and is made of hard, durable seating. The floor upon which the equipment rests has also been rubberised to allow for training in wet weather. Safety is an essential concern for us: the equipment works with your own bodyweight, and the expertise of Biokinetics South Africa ensured that the equipment was positioned in such a way to be ergonomically correct and strategically placed. A water fountain has also been installed to make sure that no one becomes dehydrated, and trees have been planted to add some shade in the future. 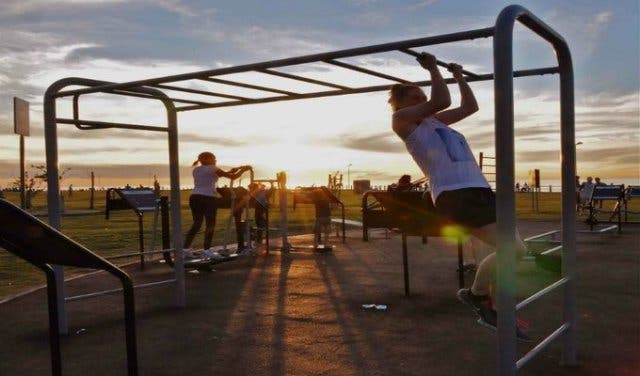 CapeTownMagazine: What has the response been to the gym?

Beverley Schäfer: The gym attracts quite a lot of families, but we have had the pleasure of local heroes frequenting the gym, such as the Metro police and the Cobras, our local cricket team, who use the park as part of their team development initiative. In Sea Point, we have three senior residences, and now these pensioners make use of the gym equipment for maintaining their health and wellness. We are also happy to report that we have recently started to collaborate with the University of Cape Town; students from the Sports Science department come to the park and offer free training or advice.

CapeTownMagazine: Can children use the equipment?

Beverley Schäfer: Children under the age of 13 are not allowed to use the equipment without adult supervision, as they can inadvertently damage the equipment. There is, however, a state-of-the-art outdoor playing area in the nearby Green Point Urban Park to keep them busy. The plan is to get procurement in the future for a child-friendly gym next door to the current one.

CapeTownMagazine: Are there any future plans of expanding the outdoor gyms initiative in Cape Town?

Beverley Schäfer: Yes, there has been another area earmarked to receive an outdoor gym – close to the boarder of Manenberg, where the youth and families can utilise the open area next to the lake, hopefully in the same beneficial manner as the ones in the Atlantic Seaboard.

Look out for the QR codes placed all around the park, aimed at promoting interest in the outdoors and fitness. Once you have scanned the code with your smartphone, it will give you a health-savvy message.

Fancy some outdoor exploring? Check out our list of CapeTownparks 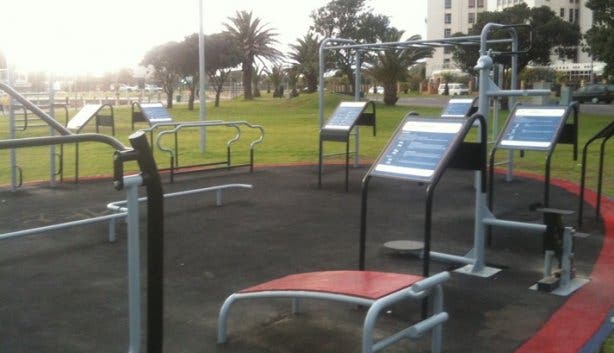 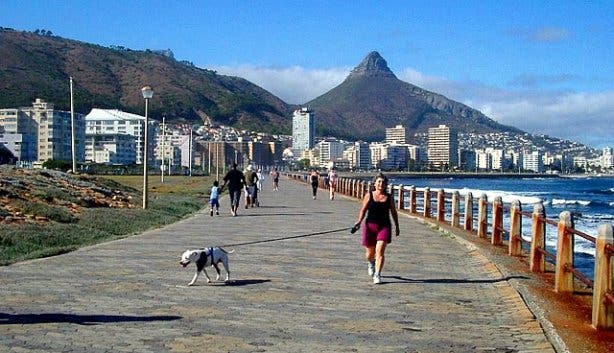 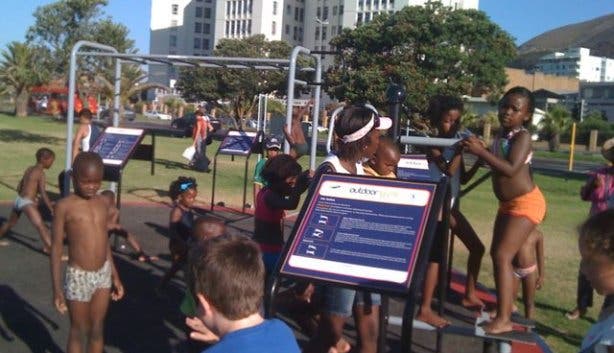