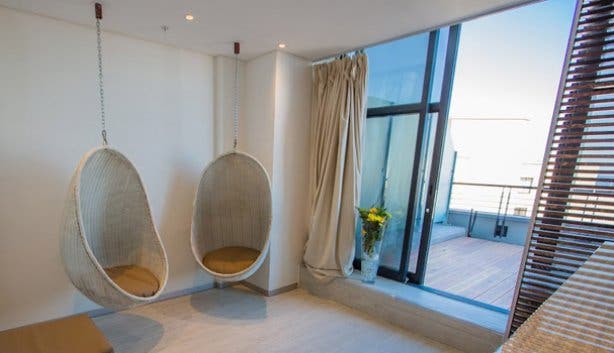 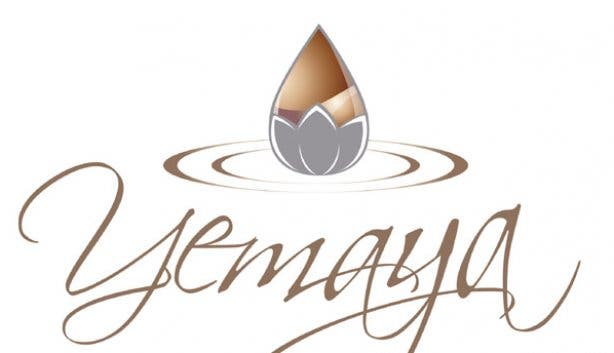 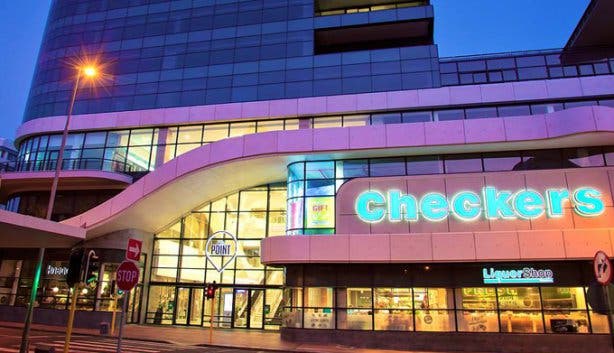 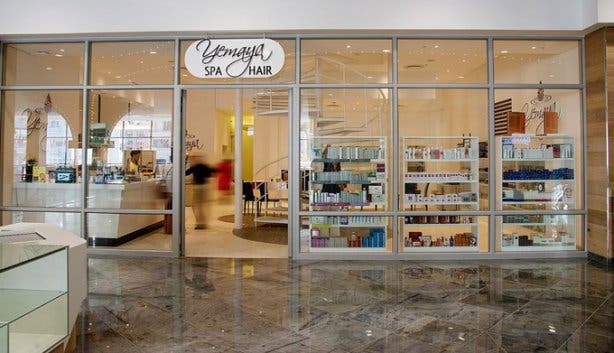 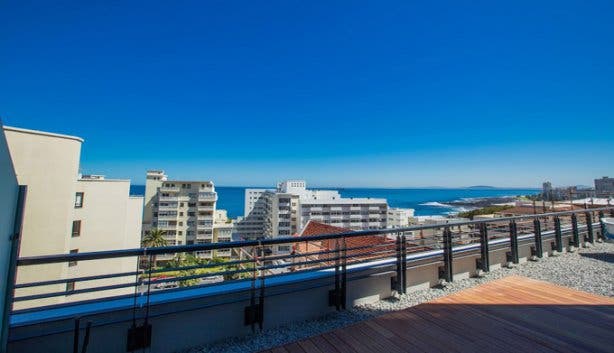 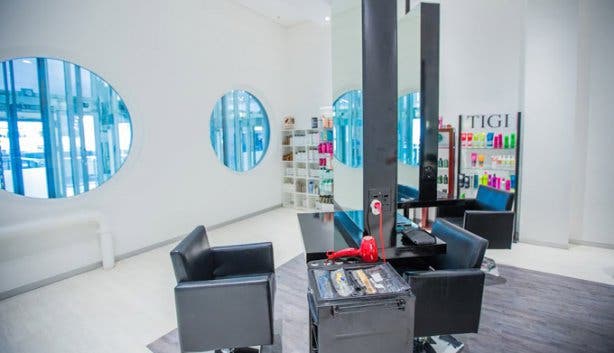 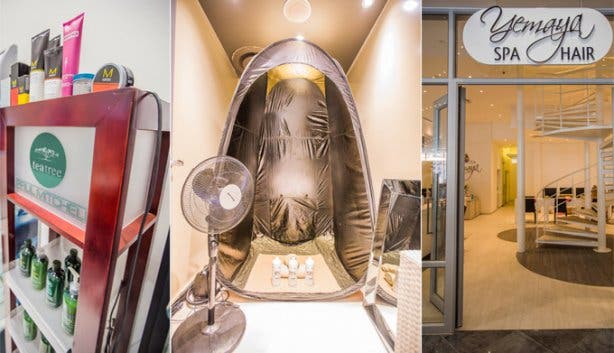 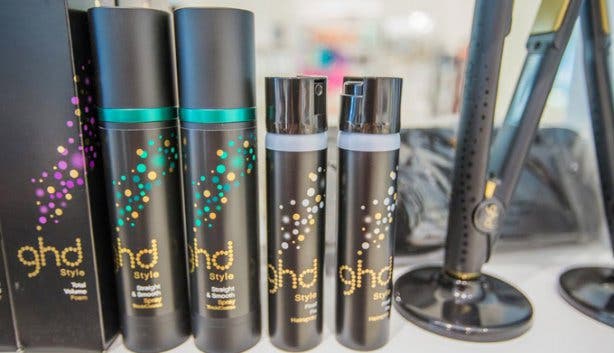 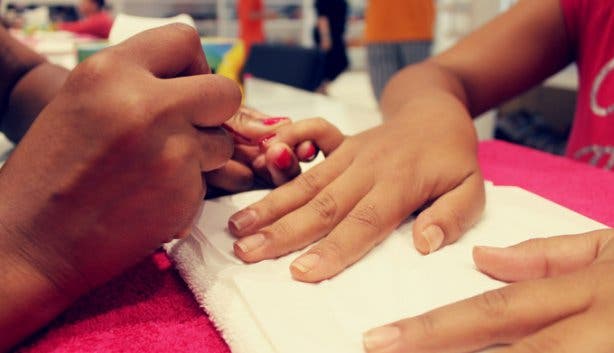 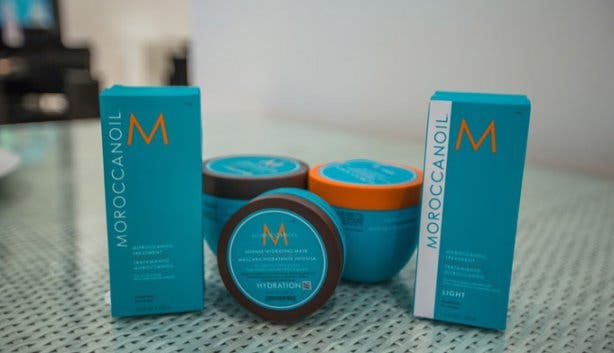 At first it may seem strange, but when you really start to think about it, it makes perfect sense that so many are obsessed with Hollywood’s ‘beauty secrets’, those treatments that keep the red carpet’s elite few looking bright and shiny. After all, in Tinseltown, you have to make a living with your face and, well, the rest of you too (as the late Joan Rivers so eloquently observed, "Hell is living in LA with a bad body”).

So, as thousands have cottoned on to, including Yemaya Hair & Spa’s effervescent owner, Gali Gaon Segall, when it comes to your beauty regimen, who better to take the lead from than lead actors and actresses in the biz?

Sure, there are the few Frankenstein-like fads that the silver screen’s stars have embraced that are completely bizarre (and have never really garnered a following): like Demi Moore’s detoxifying leeches, Madonna’s placenta-infused face cream, Gwyneth Paltrow’s bee venom mask and Kim Kardashian’s vampire facial.

But mostly, celebs these days are after the scientifically innovative and results-driven in-office treatments that aren’t invasive (no scalpel needed), and those are exactly the kind of cutting-edge sessions that Cape Town’s Yemaya is making a name for itself with.

“I believe in solving problems, and I believe in things that really work,” Gali tells me. “I’m very much a person who likes seeing results instantly, and when it comes to that, new technology is everything.”

Thus, under her guidance, the Sea Point spa’s populated its offering with A-list options like radio frequency technology, a tool used to tone and tighten the skin; IPL skin rejuvenation, a method that uses wavelengths of light to eliminate age spots and pigmentation; colonic hydrotherapy, a natural cleansing procedure that’s one of the fastest methods of true detox out there; botox; fillers; and a seemingly endless array of power facials that only use premium products.

But because the house of beauty doesn’t expect that its clients have made billions thanks to a string of box office hits or multi-platinum albums, the treatments aren’t just for the rich and famous, and the spa itself is down-to-earth and approachable.

From indulgent massages (think full body, hot stone, sports and more) and invigorating exfoliations to traditional manicures/pedicures and hedonistic day packages, there’s something to assuage all sorts of stress levels and to pander to all types of egos. Similarly, visitors will find a broad selection of less luxurious but no less in-demand ‘essentials’: waxing, reflexology, tanning, teeth whitening and a full-blown hair salon where they do cuts, blow-outs, dye jobs and even extensions.

And of course, just because Yemaya hasn’t modelled itself on one of Hollywood’s over-the-top day resorts, it doesn’t mean that when you visit you’re not treated like a demanding celeb in desperate need of a last-minute pre-Oscar night touch-up.

“When people want something, they want it now. If you want an eyebrow wax, you don’t want it next week Wednesday, you want it immediately. You’ve looked in the mirror and you’ve said to yourself, ‘God, I need a wax’,” Gali explains. “That’s the whole idea [at Yemaya]. If you want a treatment, no matter what, we’ll make a plan.”

A promise that’s easier than ever to fulfil thanks to a big move in June 2014. The spa, which has been going since 2004, relocated from its glamorous perch in Mouille Point to the recently completed and very swish The Point shopping centre at the end of Sea Point to make their offering more accessible for clients.

Now, regulars and newbies don’t have to wedge a Yemaya-shaped hole in their day; they can simply slot in a treatment among their errands at the upmarket complex, where there’s everything from a Checkers and Dis-Chem to chic coffee shops and top-end boutiques.

Other additions include a renewed attention to creating a more inclusive offering. “We cater for people from all walks of life now,” says Gali proudly. “We do hair straightening and relaxing for ethnic hair, and I’m also buying a laser hair removal machine that works on all skin colours, which no one offers in Cape Town.”

What has remained consistent amidst all the excitement though is Yemaya’s devotion to only the best beauty products. Gali only stocks the Yemaya shelves with creams, conditioners and aromatic oils that she knows inside and out, a commitment that she swears she can back up purely by showing interested parties the insane number of product samples she has squirreled away in her home cupboard.

Guinot, an industry leader lauded for its innovative technology advances, and Dermalogica, a health-focused skin care range known the world over, are the Yemaya mainstays, but a collection of red carpet, Hollywood celeb-type products also make appearances:  Babor, Optiphi, RégimA, Mama Mio, Kerastase and Paul Mitchell, among others.

Needless to say, even if you aren’t on the A-list, there’s no better way to make yourself feel like a star than by booking a treatment or two at this Sea Point bastion of serenity.

Tip: There’s plenty of parking underneath The Point shopping centre in a secure area, and it’s the same cost as on-street parking.

Tip: Keep an eye out for Gali’s Yemaya Nail Express Bars at Cape Town International Airport and Cape Gate, Cavendish and Canal Walk shopping centres. The ventures are all about “affordable luxury on the go”, and they give visitors the chance to get a quick 15- to 30-minute nail treatment on the spot without an appointment.

The Bill: Yemaya’s more standard treatments, like massage and waxing, are on par with prices at most upmarket Cape Town spas, but the specialised, Hollywood-style options are a bit more expensive. That said, Gali claims that the cost of her premium products are more reasonable than anywhere else in the city.