When I arrive at the sandy parking lot on the corner of Bradwell and Buitenkant streets in Gardens on a sunny, blue-skied Saturday morning, the usually nondescript space is alive with excited pre-teen girls and parents. The gaggle of family members is dressed in a varied assortment of coloured gumboots, gasping and shaking their heads at a small hole in the ground. We’re all here to explore the mysterious tunnels that snake beneath Cape Town, long forgotten channels that carry litres upon litres of fresh water straight into the ocean. Once main veins of transport and a crucial water source, the system is now no more than a living relic. Though, thanks to a project called Reclaim Camissa, a movement that hopes to revive the waterways by educating people as they follow the path of an ancient river, our group is about to plunge into a roaring rush of what used to be an essential network for the developing world.

Dwain, one of the guides at Figure of 8, a team-building company that organises these underground tours in association with Reclaim Camissa, fills me in on the history as, one by one, the girls disappear into darkness.

Cape Town owes its existence to the abundant water flow that compelled Dutch travellers on their way to the East Indies to stay and establish the Mother City as a halfway point and oasis. At that time, the city relied on four streams and 36 springs, which are now diverted to the Atlantic. The cool, clean life-giving liquid from one of these systems, Camissa, which means “the place of sweet waters” in Khoisan, filled holding tanks on ships, provided refreshment for farm and dockworkers on land and replenished irrigation systems, wash houses and public water fountains. The city even got electricity before London did, in 1895, thanks to energy generated by the strong flowing source.

What’s more, open canals, or graachts (where the streets Buitengracht and Heerengracht got their name), were the lifeline of society, even determining the city’s layout. These were tunnelled off in the 19th century when the British deemed the exposed water source unsanitary and roads more important. So, the above ground tributaries were buried underground, where gallons of water still flow today. The idea behind Reclaim Camissa is to give Cape Town back its water heritage and integrate city life with this natural system, a concept the founder, Caron Von Zeil, calls “civic hydrology”.

When it’s my turn to go below, I ease my way down the way we’re told to -- your right foot goes into a brick-sized hole into the side, then you lower your left foot down to a little concrete ledge before splashing into the steady stream of clear water pounding noisily over slippery bricks. Dwain stays at the top to close off the manhole, and after one last happy wave and obligatory sewer joke, he turns off the sun. 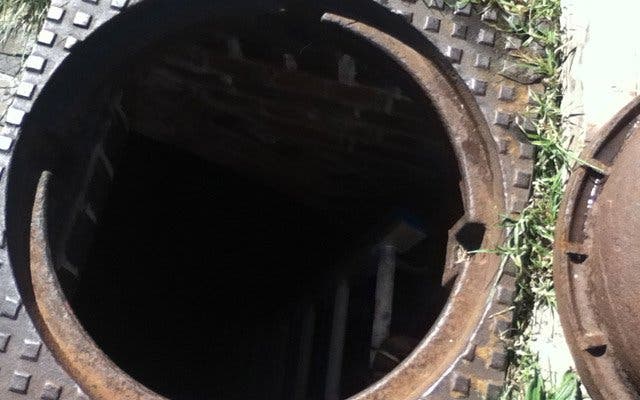 The initial limited space and darkness are not as overwhelming as you’d expect, and luckily, I’m short enough so that I don’t ever have to bend more than my neck. We proceed down the narrow tunnel in single file, walking in a pseudo-split, the bottom of our shoes providing grip on the side of the walls, the water flowing in a constant, infinite rush beneath our legs. Every now and then we see emergency exits casting tubes of light into the otherwise headlamp-lit darkness. Narrower tunnels jut out to the sides, and one of them has a slimy green root growing out of it, a sign of life.

“Once we have living water back again, we have a living city,” Caron once said in a TEDx talk. An urbanist, environmentalist and systems designer with a master’s degree in environmental planning and landscape architecture, she imagines a Cape Town centred around the very waters we’re wading through: children playing in open air public spaces, learning about water filtration; Parisian-style navigable waterways running under Strand Street; and a natural source of good, safe drinking water. Reclaim Camissa’s goal is that by 2020, Cape Town can take back the title ‘Place of Sweet Waters’ and a scheme will be in place that recognises the need for city planning and design that puts water back at the centre of life.

It’s difficult to picture this utopia as our dark, wet walk continues like an unfolding horror movie. We wander past nightmarish colonies of cockroaches, charcoal-grey cobwebs and multi-legged creepy crawlies slipping out of the overhead crevices. The eeriness is also interesting and kind of beautiful: limestone hangs off the sides of the tunnel and stalactites holding little globes of water droplets pierce downward from the brick ceiling. Though, there’s never a sense of claustrophobia or of feeling trapped, and once in a while a breeze wafts away some of the weird, indeterminable smells. Trucks and motorcycles grumble above ground, and I wonder if the people up there, doing their Saturday shopping, are aware that below rests an efficient and ancient system that could be, as it once was, integrated into everyday life. 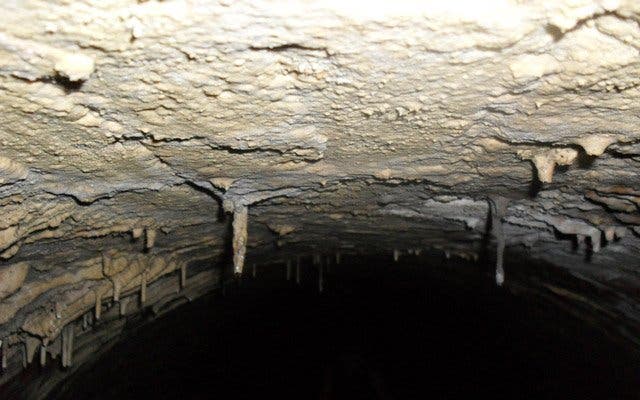 As of 2013, none of Reclaim Camissa’s proposals have come to fruition, but that doesn’t mean that the concepts of using water as a source of power or as communal area focal point are going completely ignored.  The supply from Stadsfontein, the main Oranjezicht spring that spouts out about 3.5 million litres of water per day (enough for every individual in the city to get a litre every 24 hours), was found to be a plentiful, economical option when it came to the construction of the Cape Town Stadium in Green Point. The year-round 40litres/second water flow is enough to meet the needs of the athletic ground, the Green Point Common, the Metropolitan Golf Course and Mouille Point Beachfront: there’s irrigation for the stadium bathrooms, and a water-powered turbine generates hydro-electricity to light up the Green Point Urban Park at night.

Otherwise though, the only known building that uses water in this sustainable manner (and they source it from a river and not the spring, says Caron) is the Wooltru building in the city. The process of reverse osmosis is used to purify water from the ground, and 75 000 litres is used every day for flushing toilets and running an air conditioning system, a fountain and a car wash. In the meantime, literally millions of litres of the precious, life-sustaining commodity flows unnoticed underfoot.

Towards the end of our walk, brick turns to ancient stone as we reach what must be the older part of the tunnel. Eventually, we come to a flood of light and a metal ladder fixed into the ground with a lock. I’m the first to climb out, blinking my eyes back into the sun and city. Table Mountain is off at a distance to the right, and a sign in front of me says the road beyond the Castle of Good Hope property gate goes to Woodstock (straight) and Zonnebloem (right). There are rows of boots and dry, happy people drinking water and eating fruit provided by FO8. I’ve just walked 2km of the 6,7km long canal, which continues its steady, secret path to the harbour, where the sweetness turns ocean-salty and becomes absolutely useless. What a waste.

Figure of 8 is a team-building and entertainment tour operator that organises tours to uncover Cape Town’s little-known water history. Visit the Figure of 8 website for a full list of activities and tours. The tunnel excursion starts with an above ground walk before the tunnel tour, and there is the option to do just the above ground bit, just the tunnel walk or both. The cost of the tour includes guides, boots, headlamps, drinks and snacks. Call +27 (0) 21 439 3329 for more details.

Learn about Langa in a soulful, song-filled Sunday township tour

Take an eye-opening look at the other side of the Mother City with Camissa's township tours. 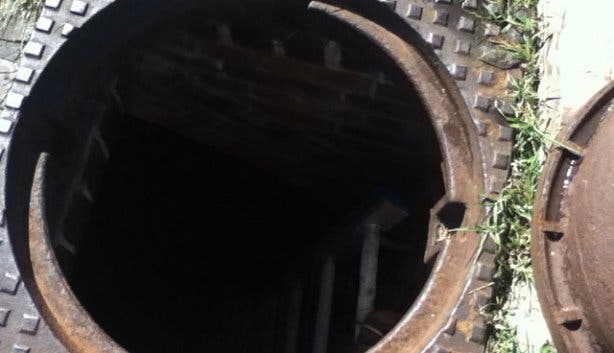 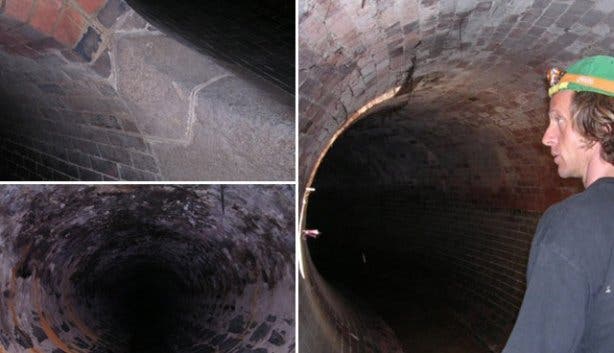 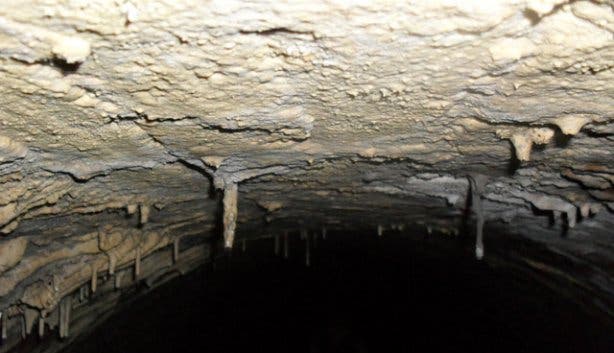