For the past 40 years Capetonians and tourists alike have come to usher in the season of celebration with music, dancing, and of course the reputable switching on of the festive lights.

For those who don’t already know, the switch-on event may centre around the lights, but this event is also culturally-rich; an artistic expression and a symbolic representation. According to this year’s switch-on MC Soli Philander, “There seems to be this promise of like a brighter tomorrow”. We couldn’t have said it better ourselves. 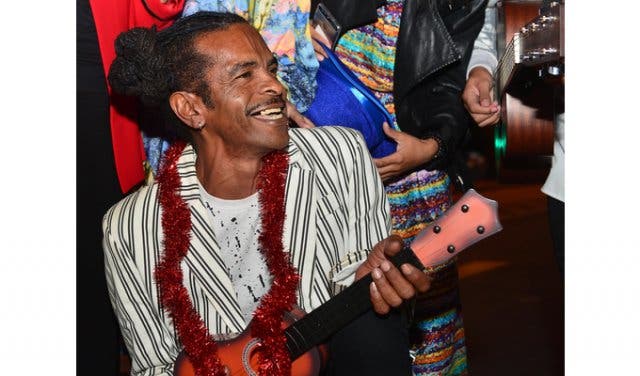 The opening event of the Festive Lights will feature markets and Cape Town culture in every shape and form: from mielies (corn on the cob), to boerewors rolls (hot dogs), ghoema hare (cotton candy), and all the festive season feels in-between. The event this year offers a blend of tradition and diversity, with performances by some of the best South African artists from various genres in the entertainment industry.

One of Cape Town’s most loved personalities, Sharleen Surtie-Richards will be joining Soli Philander on stage as MC, and the line-up promises to be star-studded. A special tribute will be made to Cape Town’s loved Taliep Petersen, as 2016 marks 10 years after his passing, with a performance by the Petersen children. The artists featured at the switch-on event include hip hop star AKA, and internationally recognised DJ Black Coffee. 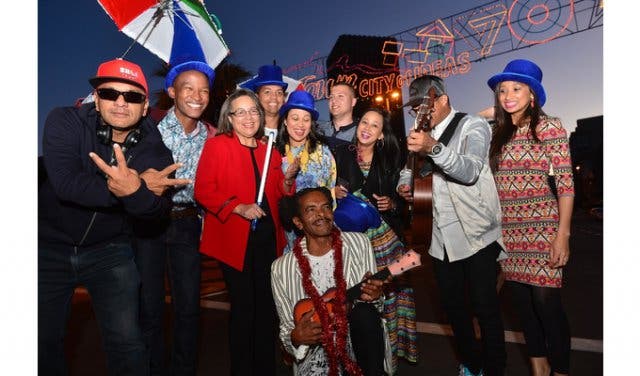 Hiiijackd made waves on social media with a video to their song called Mother City and even though they had a hit, the pair was behind by 25 000 buzz points until the last seven hours of the challenge. The Indi.com Festive Lights Challenge had aspiring artists from all around the city participate. The challenge encouraged participants to create a “buzz” by generating buzz points, and the musical duo earned more than 115 000 buzz points which led them to their win. 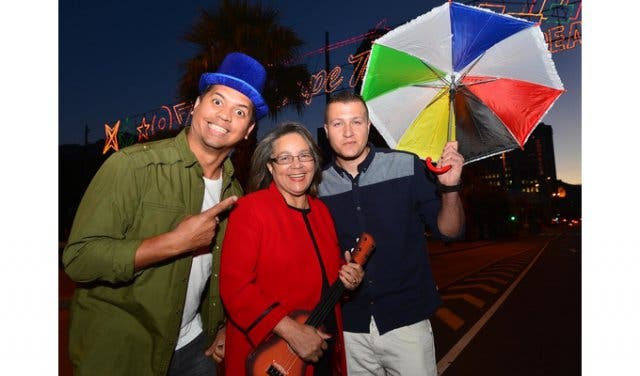 The theme of the 2016 Festive Lights official event is “Let’s get on with it Cape Town – City of Ideas”. With this theme in mind, the city boasts the use of smart city technology with a hi-tech stage along with big screens set up on the Grand Parade and on Adderley Street, so that no spectator will miss out on the entertainment. Buildings in and around the CBD will be lit with a lazer show, fireworks and colourful stage effects, as well as a video mapping experience taking place at City Hall.

At the preview of the event a few of the featured artists rocked up to get a glimpse of the festive lights, and in all their glory they roamed Adderley Street chanting “Welcome to Cape Town”.  One can only imagine what the actual event will offer!

NOTE: After Mayor Patricia De Lille switches on the lights on Adderley, a 3D showcase using high impact technology will display the collapse and rebuilding of City Hall. It will also tell the tale of Cape Town’s culture and share the story of five up-and-coming innovators from Cape Town. 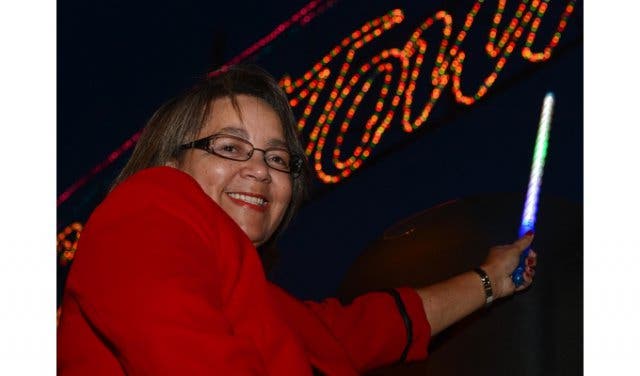 Tip: With over 300 staff of security, logistical crew, artists and event management working on the Switch-On event, the evening promises to be one of the very best Festive Lights events the City has ever seen.

Opening Hours: From 4pm until late 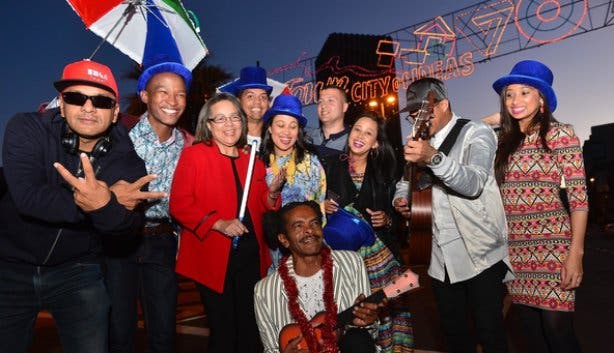 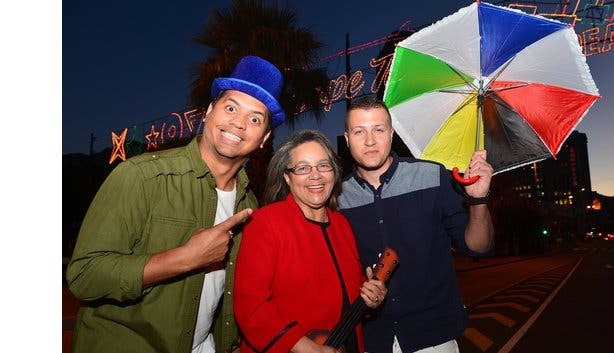 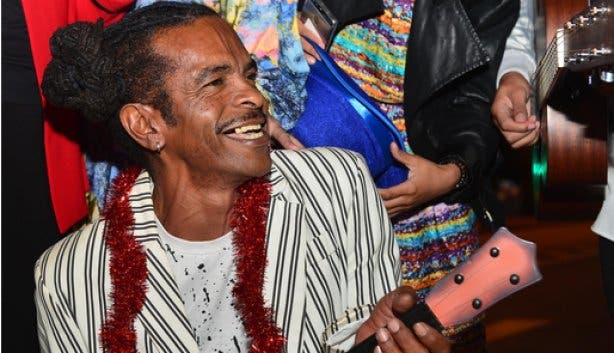