Maija and Errol Groenewald, the couple behind the new N2Ice Cream Lab in Cape Town’s Parklands, don’t see ice cream making as an art; they see it as a science. So much so that the pair have relinquished all traditional methods of preparation and have instead embraced a chemical production procedure that features glass beakers, goggles, white coats, gloves and, as the star of the show, a massive flask of freezing liquid nitrogen.

Usually associated with storing cells or removing unsightly warts, liquid nitrogen has more recently been recognised abroad as a powerful culinary tool (molecular gastronomy whizz Heston Blumenthal was largely responsible for this), and it was while Maija was travelling in London in 2013 that she first happened upon the concept of using it to chill frozen desserts. As someone who was practically raised on ice cream, she was captivated by the idea and by late September 2014 (post much scientific experimentation) she had established the Lab as the first permanent store of its kind in South Africa.

At the small free-standing kiosk, the sub-zero fluid is blasted onto a milky mix of ingredients that then freezes right before customers’ eyes, and really, the whole process promises quite a dramatic show.

“It’s like magic,” exclaims the Finnish-born Maija. “People usually can’t believe that at the end of it all what comes out is ice cream.”

And despite the fact that all the white vapour pouring out of pipes and machines could easily be seen as just smoke and mirrors masking a second-rate product, the final result is actually pretty impressive. As the founders explain, because the mixture is chilled at such speed, the ice crystals that form are much smaller – we’re talking microscopic – than those that build up in traditional gelato during the long production process, so the liquid nitrogen scoops are much smoother, creamier and richer.

As Maija says, “You can’t even compare what we make with normal ice cream because of the incredible texture.”

To put the focus on the unique velvety feel of the dessert, the couple have kept the flavour selection quite small. A month in, the fixed options, which are written on a blackboard in periodic table format to fit with the laboratory theme, include chocolate, vanilla, strawberry, turkish delight and piña colada, and Maija is constantly introducing unique homemade guest flavours too (think Nutella, lemon meringue or sin-free Banting vanilla, for example).

She’s also incredibly fussy about the toppings that adorn the ice cream. Many of them, like the peppermint crisp, fudge crumble, mini marshmallows and hot salted caramel sauce, are made by hand by either herself or the store’s resident chef, and the others, like the rainbow sprinkles, jelly beans, crushed Oreos and chopped Flake, go through strict quality control procedures. Essentially, the owners want garnishing that’s as tasty as the base.

Of course, some might be concerned that this all sounds too good to be true and that the catch must be the safety aspect – after all, liquid nitrogen is used to obliterate skin lesions. But the truth is, according to the shop founders, the substance is completely non-toxic (the biggest threat is a cold burn) and by the time the sweet treats are ready to be served, all the fluid has evaporated into the air and all that’s left is delicious buttery goodness.

So really, the only drawback is that because each cup is custom-frozen on the spot, the process does take a minute or two. But then all good things in life, like summer, sun and brilliant scientific outcomes, are worth waiting for.

Tip: By December 2014, the founders of N2Ice Cream Lab plan to launch a mobile truck that can be hired out for kids’ birthday bashes and private adult parties (alcohol can be mixed in with the ice cream for these functions).

The Bill: Prices are comparable with those of ordinary ice cream stores. A regular cup costs R20, a large cup costs R30 and toppings go for R5 each.

Read about other ice cream parlours in Cape Town. 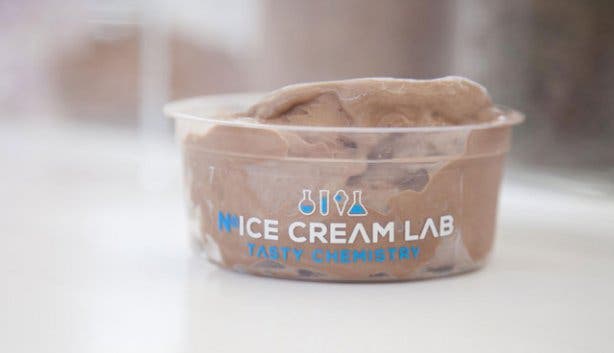 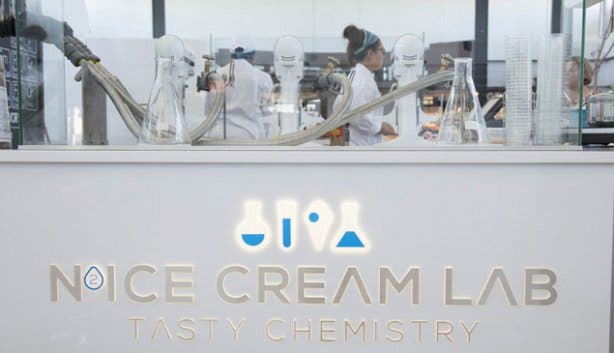 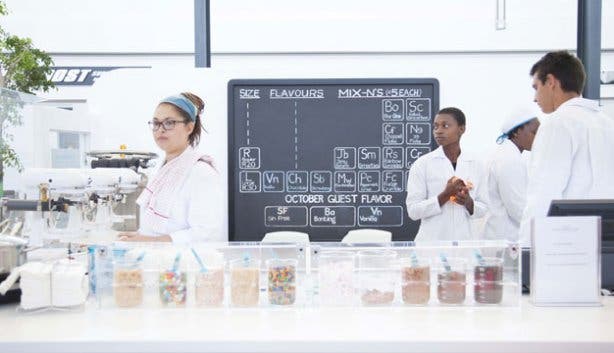 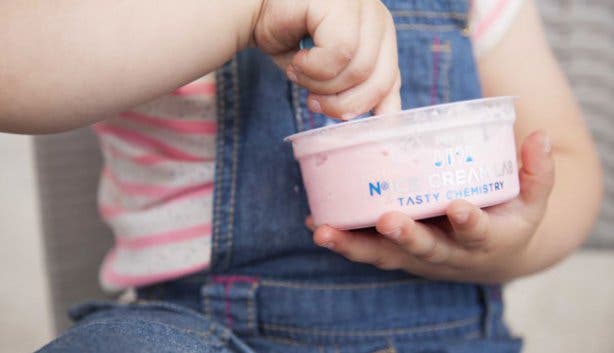 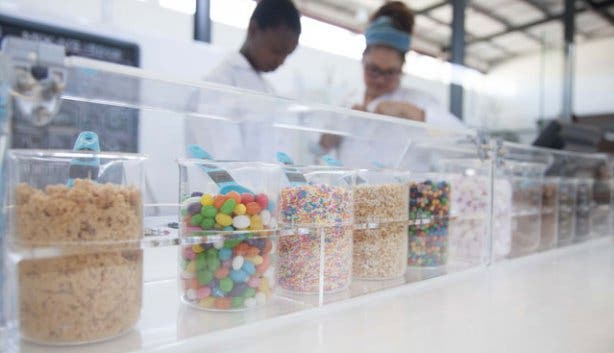 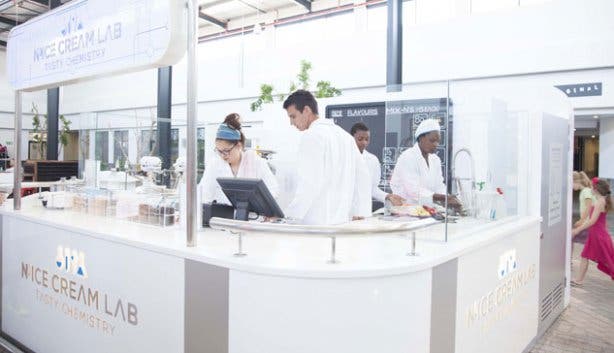 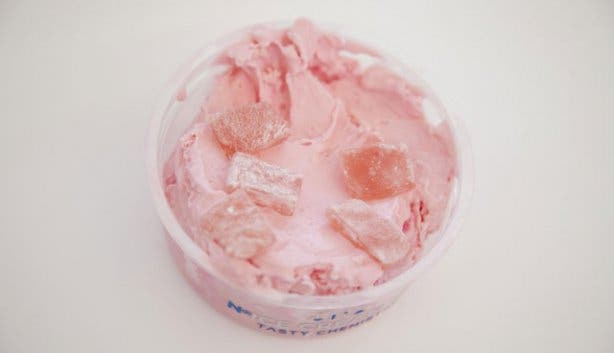